IPVM visited dozens of booths at ISC West. Inside is a roundup of many, but not all, of our visits.

We have already written numerous new product write ups. In addition, inside is a roundup of many, but not all, of our visits.

Here are the highlights of what we reviewed:

Most notably from ACTi, they have added binning mode (which they are calling "beaning") to a number of new and existing HD and multi-megapixel models. This feature, typical in Arecont cameras, is intended to improve low light performance by combining pixels in low light, though at a lower resolution (typically 1:4 ratio). Without testing it is unknown how much of an improvement binning will make, but given the poor performance of their 10MP models, it is worth testing. 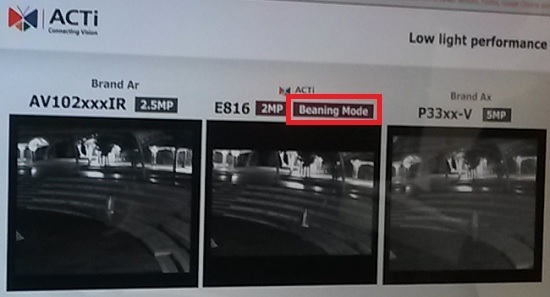 Axis' biggest displays were dedicated to their two big releases: Zipstream (see our test) and the Q3079-E multi-imager panoramic. Live video from the Q3079 was on display at full 20 FPS (click for larger): 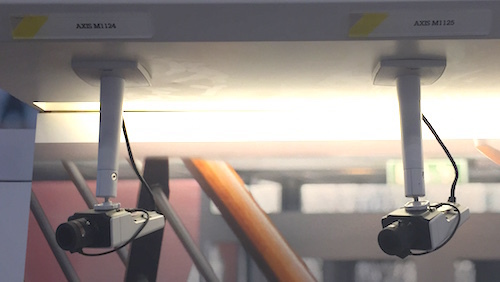 Bosch also announced an integrated IR PTZ, the Autodome 5000 IR (similar to those we tested from Dahua/FLIR), one of the first Western manufacturers to do so. Claimed IR range is 150m, and the camera (along with other new model Autodomes) uses a new Bosch PTZ core, where previous models used OEM modules. 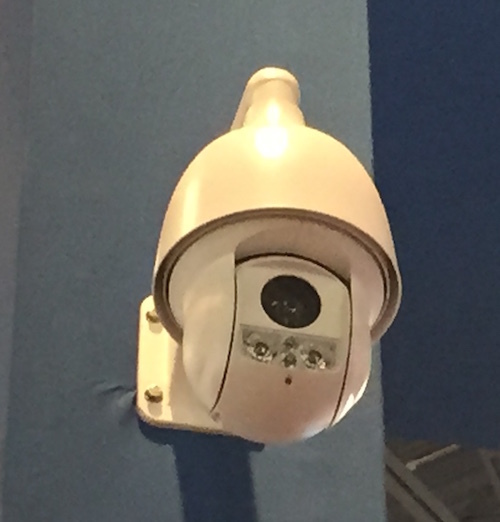 Briefcam has released the 3.0 version of their Video Synopsis software, including analytics which are intended to reduce search time, such as object color, size, direction, or color. For example, in this freeway video, objects (over the course of an 8 hour period) are filtered so only red vehicles are seen:

And in this video, only objects traveling roughly in the patch drawn by the user are shown:

Despite making a nearly $3 billion USD offer for Axis, Canon had 9 new camera models on display at ISC West (3 PTZ, 4 fixed dome, 2 bullet). Strangely, bullet and dome models maxed out at 1.3 megapixel resolution, while other manufacturers move to 1080p and up more often than not. Even stranger was the price: $2600 for the VB-M741LE IR bullet. Even assuming deep discounts, this camera is still likely to be $1300+ street price, high compared to most which are under $1,000. 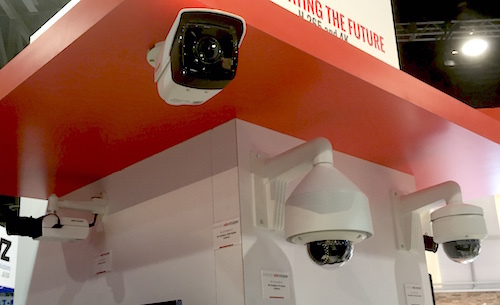 They also featured a new generation of their Turbo HD TVI cameras and recorders. HDTVI DVRs in this generation are true "tribrid" models, with each channel capable of analog HD or IP 1080p, where previous models were limited in their IP camera capacity (typically 1-2 cameras). 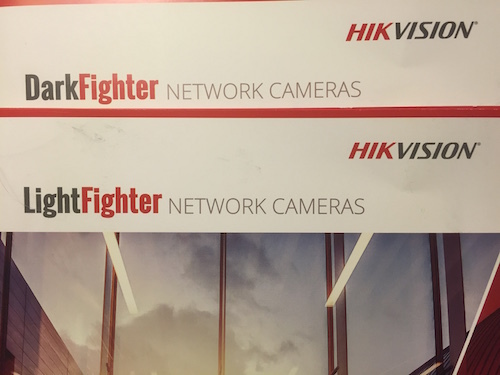 Finally, Hikvision also informs us their current 5MP models will be replaced by 6MP models with improved performance, including a DarkFighter low light model.

IC Relatime's "720 degree" camera, the IC720 ($3,000 USD MSRP) was on display. This camera is actually two 13-megapixel panoramic cameras mounted back to back, stitched together to show an immersive view without blindspots. Users may digitally pan and zoom through dewarped video using an iPad app, or as was on display at the show, VR goggles. This demo video allows users to pan through the image in real time:

However, no VMS integration was shown, and still no one has answered the practical security value of looking up, seeing ceiling or sky.

Louroe has partnered with audio analytic developer Sound Intelligence to market their Axis camera app in North America. This app is intended to detect verbal aggression in caemra/mic audio before an altercation begins. MSRP is not yet set, but target is $550 USD per channel.

Note that while the Sound Intelligence app had been previously available, Louroe, arguably the biggest only name in surveillance audio, will now provide sales and support in North America. 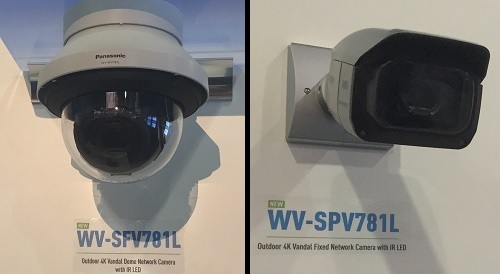 In addition to these 4K models, Panasonic was also displaying a novel "privacy ready" panoramic camera, the WV-SF448. This model has similar specs to their current 3MP panoramic models, with the addition of a mechanical "eyelid" which opens and closes in response to events. In response to a panic button or school lock down, for instance, the eyelid may open in a classroom and the camera begin recording. The eyelid can be seen in this video:

Pelco's main release of the show was their IMM "Dragonfly" multi-imager camera. Pelco clarified integration timelines and informs us that the camera will be fully integrated with two platforms at launch (Q3 2015): their own new VMS, VideoXpert, and Milestone XProtect, via plugin. These VMSes will integrate the full "panomersive" features of the camera, which allows users to click on areas in a stitched panorama view to reposition digital PTZ zoom areas. Non-integrated VMSes may still receive individual sensor streams.

Also, Pelco's Multisight VSaaS offering, which we reviewed last year, is now available for resale via integrators. Multisight was previously resold directly by Schneider Electric only.

Snap Surveillance offers an analytic which automatically builds an association between surveillance cameras by analyzing where objects disappear from one and most commonly appear on another. Users click on a portion of the live or archived video where a tracked subject exits, which brings up the associated adjacent camera, similar to Genetec's Visual Tracking feature, though created without manual configuration. A clip may also be recorded of operator tracking, which records the main camera selected by an operator as he or she tracks a subject through the system, for easy export.

Snap MSRP is $75 per camera channel and integrated with Milestone XProtect and Genetec Security Center. This video shows an overview of Snap's offering:

Sony's main new offering was their 4K/20MP model. However, as they are known for, they also had a new "technology demo" on display, this time showing a full frame 35mm sensor in low light (~0.01 lux). Sony is noncommittal on whether this is implying large format cameras (similar to Avigilon Pro series models) are on their development roadmap, though this would be a novel differentiator, as few manufacturers other than Avigilon, and none so large as Sony, have released full frame surveillance cameras. 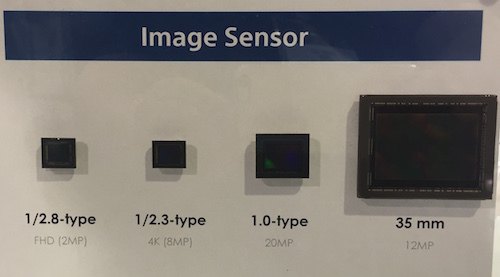