Can Panasonic make a comeback?

One of the early entrants in IP cameras, Panasonic has been slipping, dues to faster and more aggressive competitors.

Now, Panasonic has released a sixth generation [link no longer available] plus added a 20%+ price cut.

We tested two models from their new 6 series, the 720p WV-SFV611L and the 1080p WV-SFV631L to see how they stack up against competitors from Avigilon, Axis, Bosch, Samsung, and Sony.

Pricing of the Panasonic 6 series is competitive with other major manufacturer's IR domes, especially after recent price cuts. For example, the WV-SFV631L sells for ~$950 online, below competitive models by Axis, Bosch and Sony. However, this is still a few hundred dollars more than competitors such as Hikvision and Samsung.

The Panasonic 6 series among the top performers in low light and especially WDR performance, at a price similar to most competitors. Additionally, installers may appreciate uncommon camera features such as dedicated physical zoom and focus buttons as well as a local monitor output.

However, occasional streaming issues and pricing higher than some low cost models may make other options more attractive.

With the release of the 6 series, Panasonic has caught up to or surpassed many leading manufacturers in performance. Along with recent price cuts, Panasonic is better positioned than they were with past generations. The biggest remaining question is: is this performance/ cost improvement enough to bring back users who may have left Panasonic for lower priced or higher performing lines?

In this video we review the physical construction of the 6 Series Domes. Notable features include:

This video briefly reviews the web interface of the 6 Series. Most options are unchanged, but users should note:

Panasonic's 6 Series domes all include IR illuminators specified to a range of 30m, including smart IR adjustment features which lower power to prevent overexposure of targets moving through the scene. We tested range, evenness of coverage, and smart IR features to see how the cameras' illumination performs.

First, we tested the camera's IR illumination range in a dark outdoor scene (<1 lux). IR reached this distance, but visible noise obscured details of the subject.

At closer distance, about 20', IR illumination is even without overexposure at the center of the scene, with smart IR adjusting power down to compensate for our subject.

The 6 Series' IR adjustment features responded quickly to a subject walking through the scene, both indoors and out. In this video, we can see the camera's illuminators dim as the subject approaches the camera, and increase to higher power as he steps out of the scene:

We tested both 6 Series cameras against leading 720p and 1080p models from other manufacturers. This image shows the FOV of our conference room test scene. 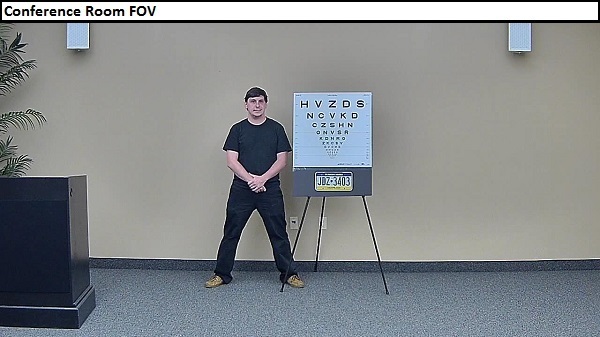 Both 720p and 1080p models performed similarly to other cameras in full light, ~160 lux, with generally true color fidelity. 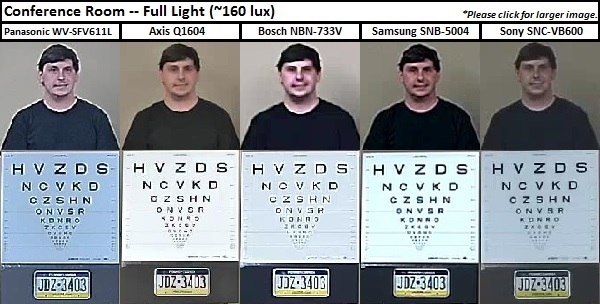 Testing color mode performance under 1 lux, the WV-SFV611L is second only to the Samsung SNB-5004. At this light level and FOV, no cameras produce quality details of our test subject. However, both the Panasonic and Samsung cameras are able to read the license plate, while others could not. 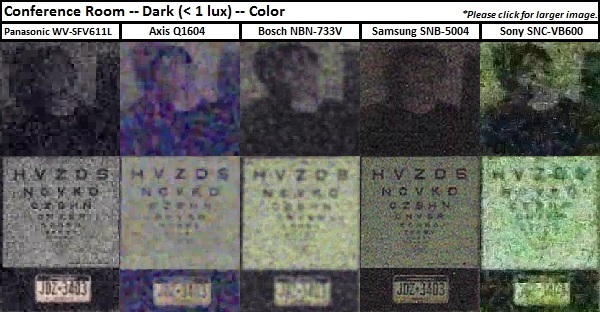 The WV-SFV631L produced a brighter image than some competitors, but increased digital noise obscures the subject and test chart.

Below 1 Lux, with IR on, the Panasonic 6 Series domes 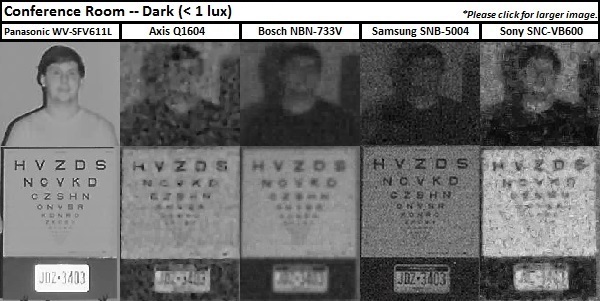 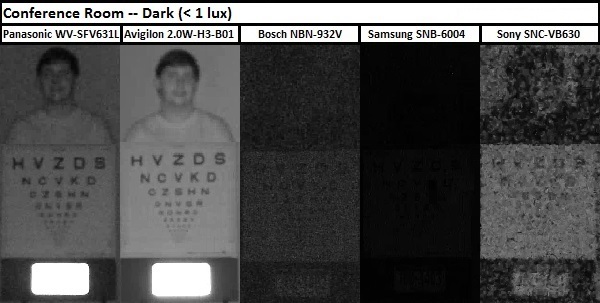 We tested the cameras' WDR capabilities in the following scene: 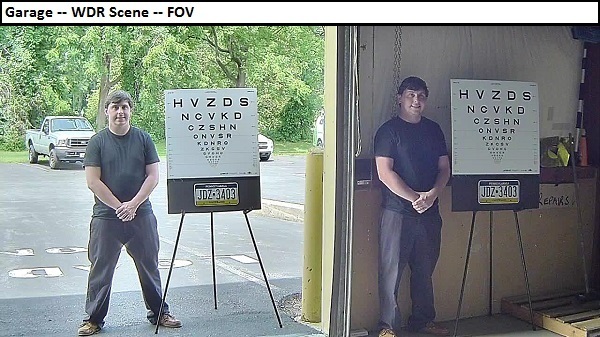 The WV-SFV611L had some of the strongest performance among 720p models, with clear images of our subject and test chart both against strong backlight and the dark area next to the open overhead door. 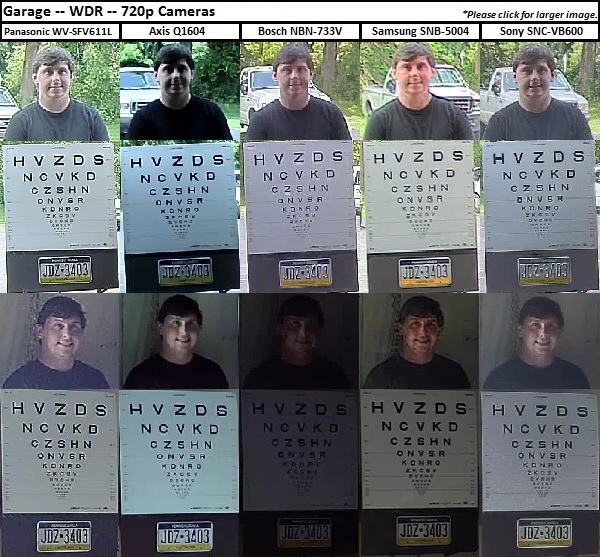 The WV-SFV631L had the strongest performance of any 1080p model, especially noticeable in the dark area beside the door. 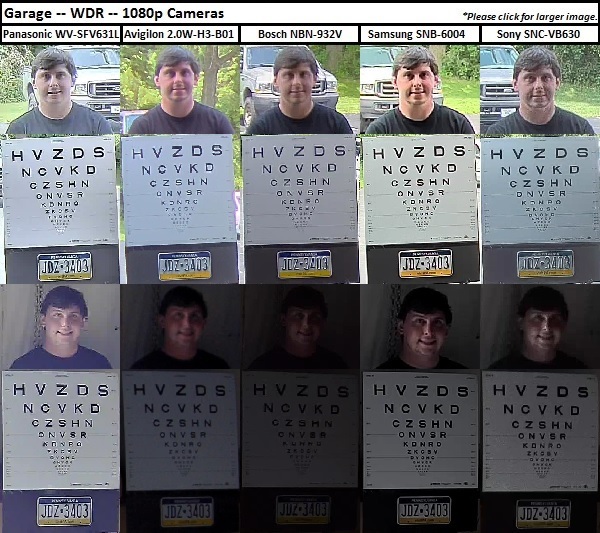 Among tested cameras, both Panasonic models had some of the lowest bandwidth seen. The chart below shows bandwidth in full light and dark scenes (monochrome, with IR on). Compared to the Avigilon 2.0W-H3-B01, the other integrated IR camera in this test, the 1080p WV-SFV631L's bitrate was ~500 Kbps lower. All measurements were taken at 10 FPS, with quantization standardized to ~28. 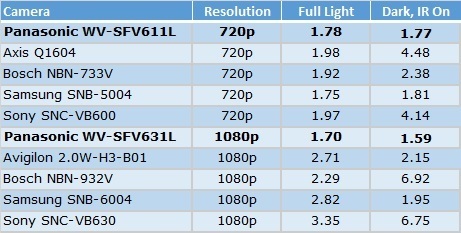