Now, the New York Times has built their own facial surveillance system that they are using on US politicians as they seek to report on political issues in the US capital.

Inside this note, we examine the NY Times system, including problems they have faced, in particular with facial recognition matching issues.

Facial Recognition of US Congresspeople

As explained here, "How The New York Times Uses Software To Recognize Members of Congress", the NY Times built an application on top of Amazon's Rekognition service, which lets reporters take a picture of potential Congresspeople with their phones, text it to their service, let Amazon run facial recognition on it, returning potential face matches, as the demo image below shows: 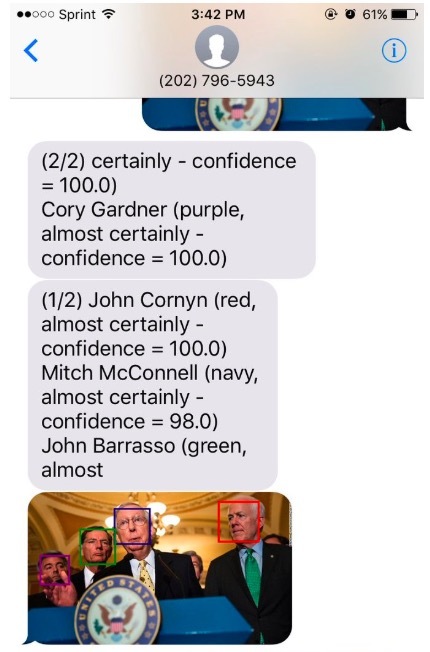 The NY Times need was that, with 500+ Congresspeople, it is hard for every reporter to remember the face and name of every Congressperson, so that they could use this service to identify Congresspeople to help in pursuing stories. For example, they credited this application for their "Trump Groups Raised Millions, Then Paid It Out to Loyalists and a Trump Hotel" article.

The NY Times has open sourced the application (see Github: Who The Hill: An MMS-based facial recognition service for members of Congress).

Like the ACLU case recently showed, Amazon's Rekognition service plays a central role in this application. Amazon makes it relatively cheap and easy to build your own 'DIY' facial surveillance system, as there are no expensive license fees up front, you pay as you go and it offers well-documented APIs for integration.

Moreover, Amazon offers a specific API for recognizing celebrities. This means no work needs to be done by the user for this as tens of thousands of celebrities (actors, politicians, etc.) have been pre-indexed and trained by the Amazon system.

Indeed, Amazon offers a demo of the celebrity recognition service (for those with an AWS account). However, it is not always accurate as this IPVM experiment showed:

Indeed, the NY Times faced a more serious false matching issue. They found certain false matches so significant that they had to hardcode their application with a 'doppelganger' feature to exclude known look-alikes. Below is the list with a sample of a few of the common false matches (Congressperson vs Doppelganger):

Here is another one, politician vs actor: 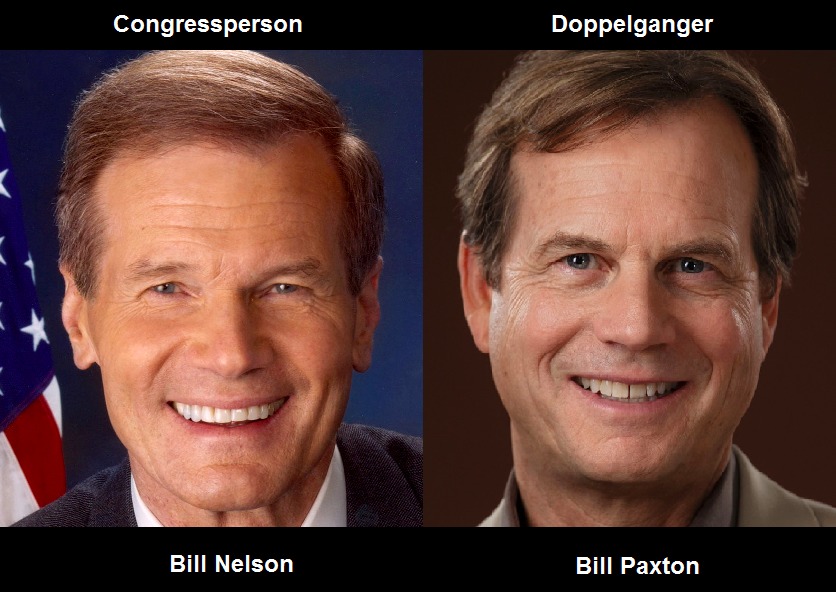 The problem is, fundamentally, lots of people look alike each other, especially when you get into larger populations of people (retail, public facilities, etc.) and not small offices.

Moreover, as the NY Times themselves learned in their application's usage:

our hit rate on photographs was very low because the halls of the Capitol are poorly lit and the photographs we took for testing were consistently marred by shadow and blur. [emphasis added]

That type of lamentation should be familiar to experienced video surveillance users where such conditions are commonplace.

On The Rise But Problems Too

On the plus side for facial recognition, this example of Amazon usage shows facial surveillance getting easier to do. On the negative side, these results also show the need to temper expectations about accuracy. For the NY Times use case where a reporter will only be periodically submitting requests and manually reviewing responses (looking just for Congresspeople), they should be able to fairly and quickly assess false matches. To the contrary, such results on a real-time video surveillance system would likely cause an overload of false alerts.