While the VMS software market is dominated by aggressive European and American providers, NUUO is the best known Asian alternative. In the past few years, NUUO has been relatively quiet. Recently, they released the Titan NVR, first in a new series featuring redesigned server and client software plus a novel UI feature. We examine the competitive pricing and positioning of this offering.

NUUO's Titan NVRs [link no longer available] are the first products in the all-new Crystal Series, and share the following key features:

This video overview demonstrates some features of the Titan NVR:

Users of the Titan NVR and NuClient will not be able to connect to previous generation NUUO recorders with the same client (see our NUUO recorder test results). NUUO informs us that this is a new codebase, making the two incompatible. Current NUUO users should be aware of this prior to purchasing any Titan hardware, as two separate clients will be required for operation.

The image manipulation features of this new line are perhaps the most novel feature. While other VMS products allow image stitching, it can be difficult to set up, with many fine adjustments required. NUUO presents what is likely a simpler, though less exact method, as seen in the following image. Image scale, position, and rotation are all adjustable by sliders: 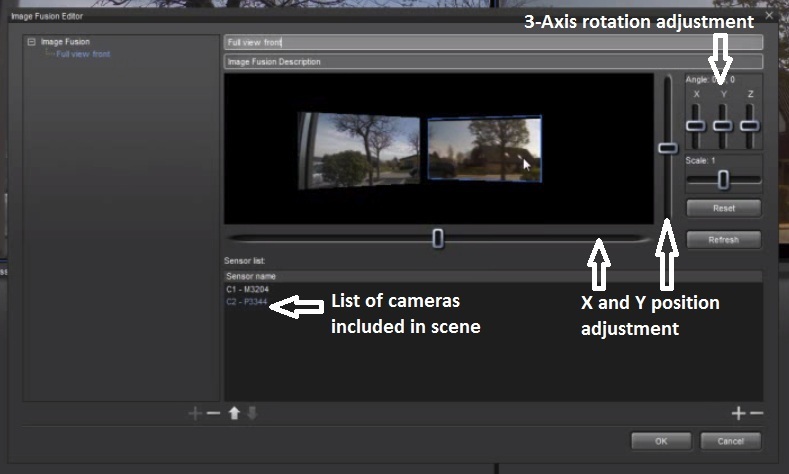 The above setup results in the follow scene, seen in a live monitoring pane: 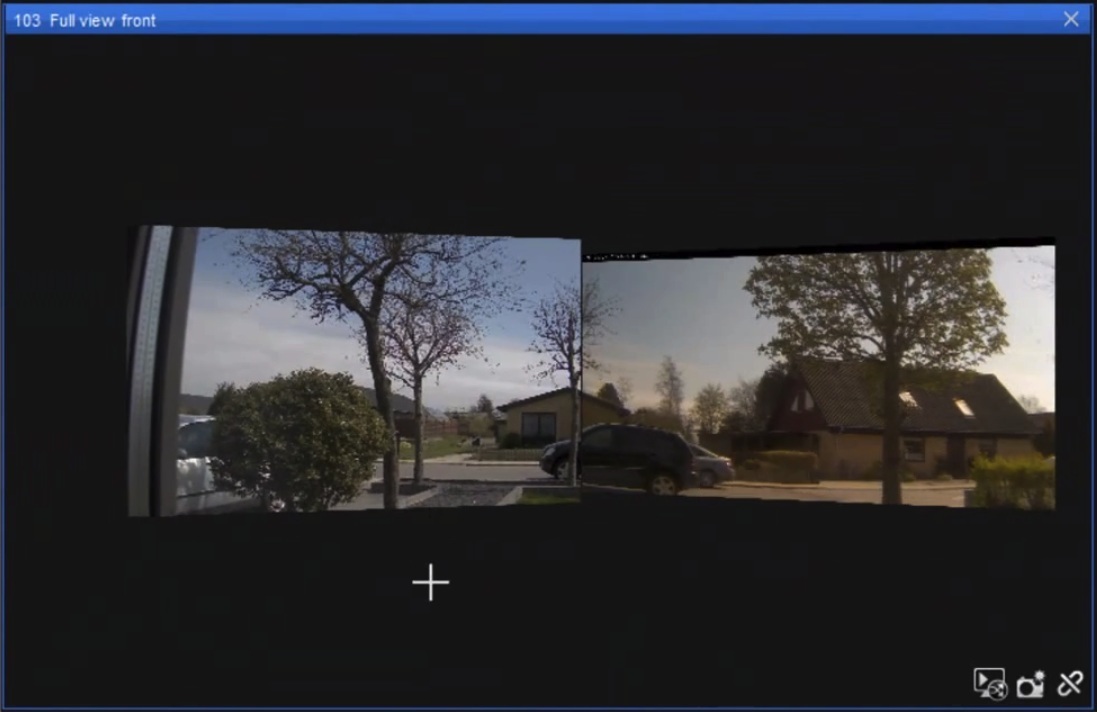 Up to ten cameras may be combined in this way. These features may be useful for those monitoring wide areas with multiple cameras, such as the outdoor area shown in these example, or in the overview video above.

Overall, we see this as a solid improvement with stiching being the biggest attraction and migration constraints the biggest negative: