Cheap cameras generally have problems at night, despite the common perception that integrated IR makes cameras mostly the same, according to new IPVM testing of over 25 IR cameras.

Details on moving subjects is critical in surveillance. While cheap IR cameras are possibly able to illuminate an area well, they tend to overexpose or blur moving subjects within a ~25' and closer range.

Cheap cameras are more susceptible to having harsh IR hotspots than premium alternatives, washing out details on objects or subjects. The problem with a hotspot is that there is no way to mitigate or dampen it without negatively impacting the rest of the image, as doing so usually tends to make the image darker or noisier. 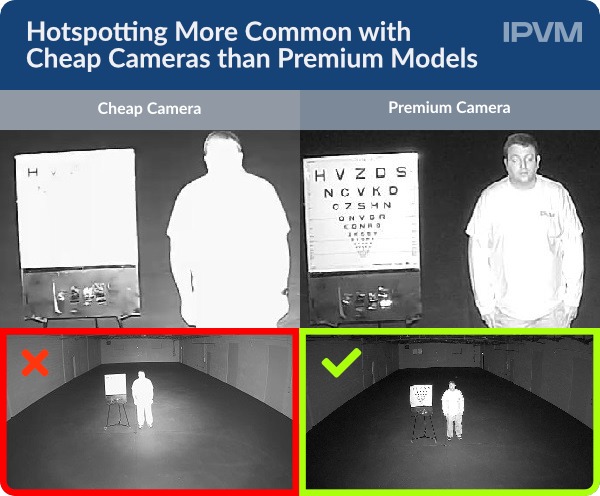 Overcompensation of smart IR is often more common with cheap than premium cameras. For example, with something close to the cameras FOV (~10' away), cheap cameras will sometimes lower IR power or exposure too much and darken the background to the point of being useless. 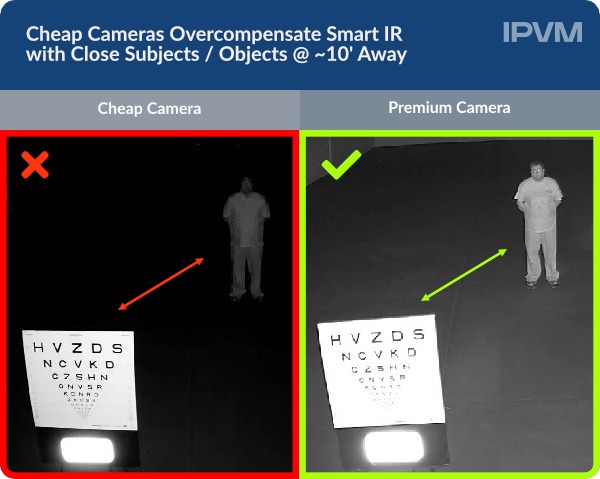 A common trend among cheap IR cameras is the unevenness of IR illumination. Centrally, IR may be too hot and overexposing central objects, while the sides of the FOV are dim, missing details on static subjects. The example below shows our central subject and test chart overexposed, and our subject on the edge appearing dim and detail-less. 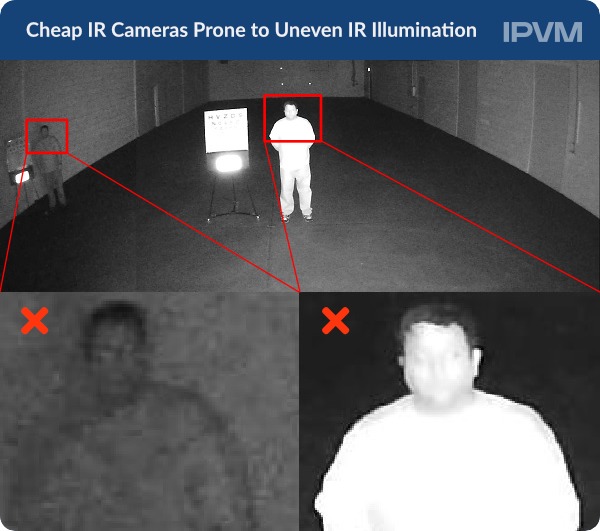 If all you need or want is to get an outline of a person or car to know that something is near the camera, almost all cheap cameras are good enough.

But, if it is important to capture and know the details of what a person looks like or fine motions of what happened (e.g., a fight, a fall, an incident), premium cameras can deliver more.

While premium, more expensive cameras generally tend to provide more details in the dark with better IR coverage and exposure control, performance still varies. Below are 3 premium cameras and 1 top performer out of the low-cost cameras tested in our IR shootout.

Since IPVM is non-promotional and independent, we have refrained from citing or endorsing any brands in this public post. You should beware of this trend and look for these issues appropriately. IPVM members can check the rankings and results of best and worst here: Integrated IR Camera Shootout 2020 - Avigilon, Axis, Bosch, Dahua, Hanwha, Hikvision, Panasonic, Uniview, Vivotek 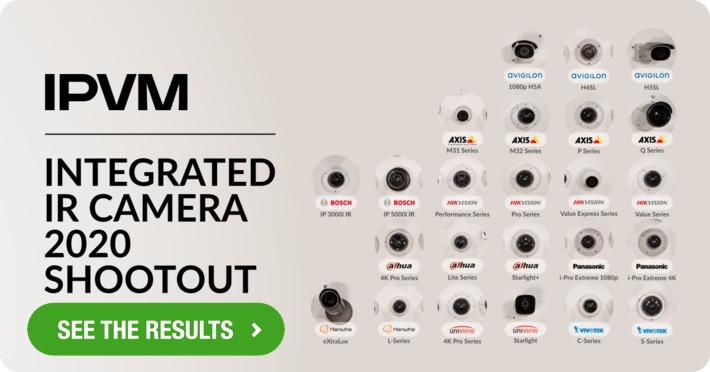