Milestone has announced CARE which they tout cryptically as "Service Offerings for Continuous Return on Investment."

If you are familiar with Software Upgrade Plan (SUP), their previous program, this is SUP with more tiers.

In this note, we explain the CARE program, how it compares to the previous Software Upgrade Plan, and potential impact on end users, integrators, and Milestone themselves.

Users could purchase a SUP at any time, not only at the time of purchase, as in some systems. 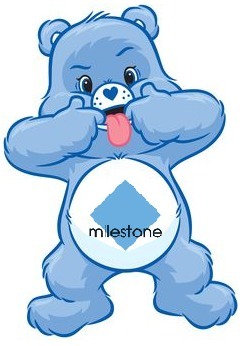 CARE essentially changes nothing for the bottom two tiers, simply renaming the SUP program to Care Plus, or lack of SUP in the case of Basic.

Premium and Elite add new paid benefits which some users may find beneficial, such as 24/7 and localized support (neither of which were previously available), priority handling, and committed response times. However, it is very likely many large end users (with hundreds or thousands of XProtect channels) were already demanding and receiving these benefits under the SUP program, at no additional charge.

Smaller customers with deeper budgets may find these plans improve the quality of their support, as many or most of these installations would not have received such dedicated attention from Milestone. However, these customers are likely few, as many do not plan for the recurring costs of support agreements, and may in fact object to or decline paying them.

What About the Integrator?

Technical support under Premium and Elite is via Milestone directly, not the user's integrator. Some integrators may object to this, as they prefer to "own" the customer, including their support calls, fearing that direct contact with manufacturers may cut them out of sales.

Additionally, many integrators write benefits such as those found in these plans into their own support agreements. End users purchasing agreements may now question where support comes from, and why they are paying integrators for support Milestone may provide.

Where are the New Products?

Milestone teased this announcement as being an important new 'service' but it is not. These are offerings that most VMS providers offer at no additional charge for their largest customers that Milestone is now trying to charge for. Regardless of how successful they are charging here, it does not improve their product positioning.

Unfortunately, this is evidently their 'big' IFSEC announcement, following up on a weak ISC West anchored by a coupon.

It is now a year since Canon acquired Milestone and Milestone has been quiet on new product releases since.

Milestone 'Free' Takeover of OnSSI Accounts on Oct 02, 2015
It's getting nasty. Last month, we reported how Milestone and OnSSI were...
33 New Products Directory - Fall 2015 on Sep 28, 2015
New products or major tech isssues that IPVM has reported on this summer /...
Comments (12) : Subscribers only. Login. or Join.