$80 million cash for no products, just patents - one of the most unusual deals in the history of the video surveillance industry.

IPVM did a survey of more than 50 manufacturers - Avigilon's competitors - to see what their outlook on the deal was.

The two open ended questions were:

Inside this note, we break down the commentary and share the full results. 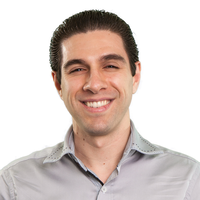 Now, in analytics, it depends how they use the patents, but clearly this sets them up to be the market leader (though who knows if they can get a majority of all analytic sales, hard given the fragmentation of thsi industry).

Maybe Avigilon's competition should consider doing what Avigilon did when faced with the prospect of IP litigation from a rabid troll...

It would be interesting to know how OV's existing licencing agreement address transfer of company ownership. Is there guaranteed continuity?

A few manufacturers commented on this in the survey. It was their belief that the licensing agreement simply transferred and that they were covered, as before.

John, can you explain what this means in contrast to Avigilon analytics?

That's a comment from a manufacturer so I can comment but I am not speaking for him.

In general, OV has claimed they have a patent on metadata for video analytics (they said as much to me directly a few years ago).

For example, if one uses video analytics to determine that a person is located in a video clip at 12:22 pm 1/5/2015 and you save / send that data, it would be considered metadata (i.e., data describing data) and would theoretically violate the claimed OV / now Avigilon analytics.

As the manufacturer commenting stated, it all depends how Avigilon decides to interpret / enforce this.