An embedded LPR app from ipConfigure aims to change that, turning compatible Axis cameras into all-in-one LPR systems, now with integration to Exacq.

Many confuse LPR and LPC.

License plate capture (LPC) is the ability for a camera to 'capture' a clear image of a license plate that a human being can read. For background, see License Plate Capture Shootout 2014.

License plate recognition (LPR) is the ability for a computer to automatically recognize and display the specific characters of the license plate as text, without any human intervention. It requires LPC but is far more demanding.

To see how the ipConfigure app performed in real world applications, we tested it with an Axis Q1604 at both slow speeds, below 5 MPH, and high speeds, 30+ MPH, seen below: 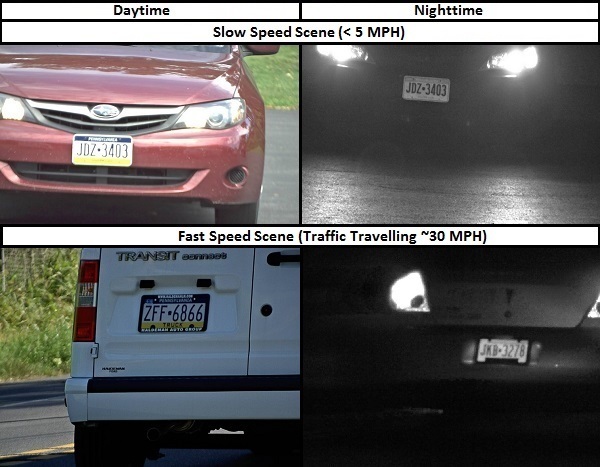 Because of its high accuracy at low speeds and low cost relative to most LPR systems, ipConfigure's eLPR may be most useful in applications such as:

In these applications, accuracy should be strong if ipConfigure's guidelines for configuration, field of view, and illumination are followed.

For higher speeds above 15-20 mph, its drop in accuracy makes the likelihood of missed captures and misread characters more problematic. Users looking for recognition at these speeds would likely be better served by higher end dedicated LPR systems. Systems such as these also typically do not suffer from issues such as multiple reads, reading vehicle grilles or letters, etc.

Because of constraints with the Axis Q16's ARTPEC-4 processor is relatively slow, there are two key limitations to app performance:

The ipConfigure eLPR app requires at least 300 pixels per foot when using the Axis Q1604, resulting in only a 4'3" horizontal field of view, and about a 3' vertical field of view. Because of this, some vehicles' plates were mounted too high for the FOV.

Additionally, because of this small field of view, a full overview of the car is not provided, requiring another camera if this is desired. Make and model were typically visible on the rear of the vehicle, as well as color in the daytime. At night, due to the 1/2000s shutter and IR illumination required, color information is completely unavailable.

The user interface of the app displays reads, both normal and hotlist (highlighted in red), and allows users to search for and export reads. This video reviews the basics of use:

There were a few common issues which resulted in misreads and performance degradation:

A frequent issue while using the ipConfigure LPR application was multiple reads for the same vehicle. This increases the image processing queue, slowing recognition, and adds unnecessary reads. While missed plate captures were rare because of this, inaccurate second and third (or more) reads of a plate otherwise properly read plate were common. 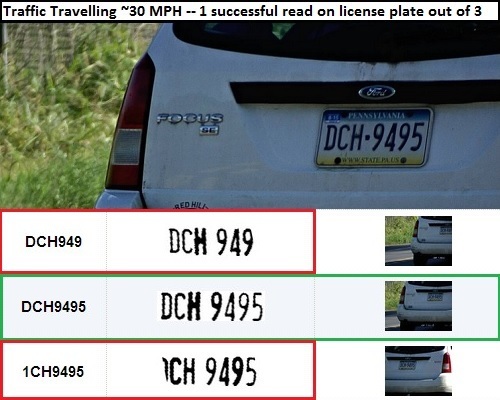 The app frequently read non-plate text such as van lettering or even bumper stickers, such as this FedEx vehicle. These reads rarely resulted in missed vehicles, as the plate was also read, but further added to the abundance of bad reads. 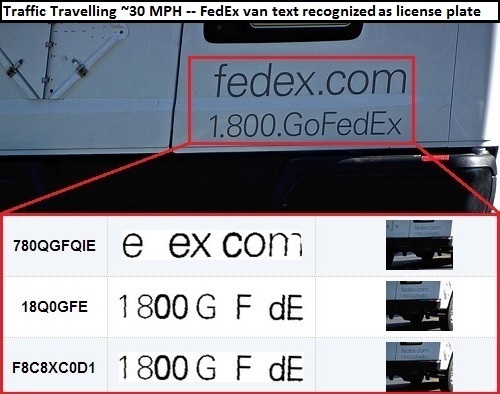 Vehicle grills and emblems created false negatives periodically and, as with the issue of non-plate text, would get several captures of non-critical elements. 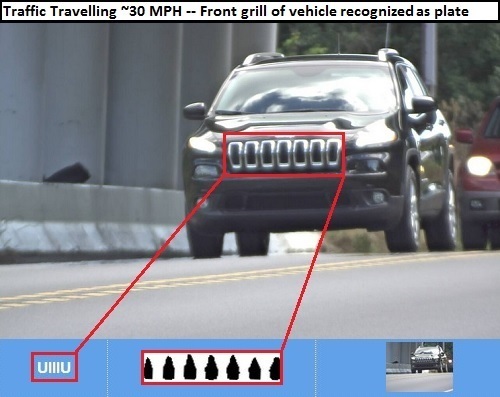 Background foliage and shadows in the scene would occasionally create a false read as seen below. 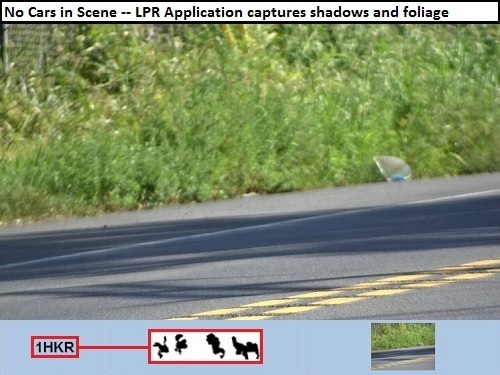 First we tested the camera on a suburban road, with traffic moving about 30 mph.

During the day, traffic was steady. Of vehicles read, about 80-85% of plates recognized were correct. Most commonly, bad reads were due to 0s mistaken for Qs or 1s mistaken for Is. 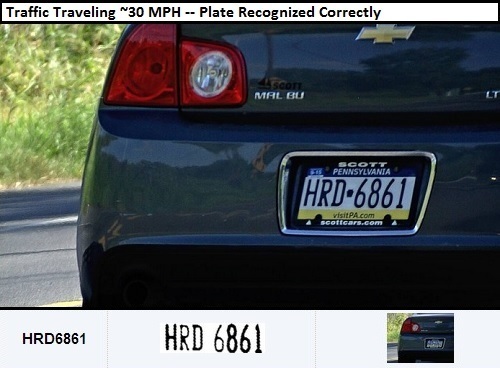 We set up in the same scene at night using a high powered external IR illuminator, the NuOptic VIS1040. Read issues present during the day were present at night, with character misreads, but overall accuracy remained about the same. 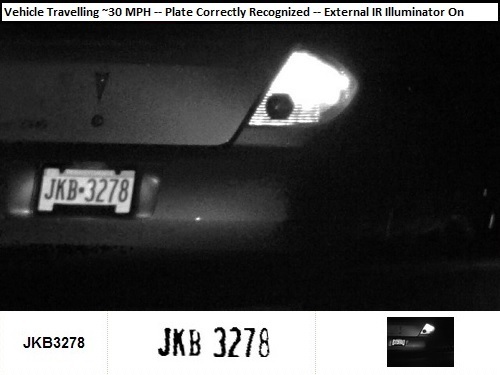 In our second scene, we tested vehicles at low speed, typical of a controlled vehicle entrances/exits. At these speeds, accurate reads of all plates were captured. However, multiple reads were still frequent.

At night in this scene, since the IR illuminator was located closer to the vehicle, illuminator power had to be carefully adjusted to provide enough strength to illuminate the plate, but not overexpose it, washing out characters.

ExacqVision Integration & Events Out of Sync

Integrated with Exacq, the eLPR app sends either all hits or only those on a watchlist, which are displayed as an overlay on the camera's video pane, and may be searched or used to trigger events. This video shows the configuration of this integration, a typical read, and serial search:

However, due to processing, there may be a delay between the vehicle passing through the FOV and the read finally being sent to Exacq. This results in serial events being linked to incorrect times, such as this example: 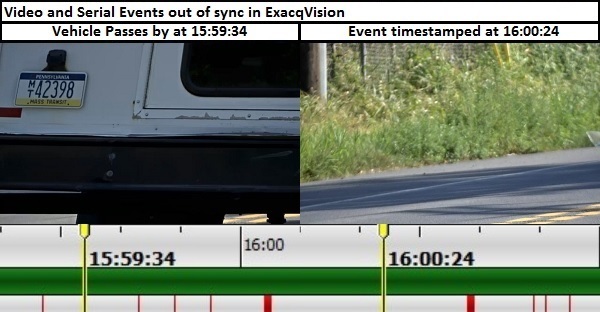 This was most common in high speed tests, where the processing queue quickly filled. Delays of as much as 50 seconds were observed in this scenario. At slower speeds, serial data was sent more quickly, with little to no delay.

Directory of 61 LPR / ANPR Providers on Feb 21, 2018
License Plate Recognition / Automatic Number Plate Recognition are a type of...
License Plate Capture 4K Test on Jan 11, 2016
License plate capture is one of the most popular surveillance applications....
Genetec AutoVu LPR Camera Tested on Feb 23, 2015
License plate video is one of the most requested elements of video...
LPR App to Run on Axis Cameras on Mar 24, 2012
[UPDATE: IPVM has tested the ipConfigure LPR App.] Recognizing license...
Comments (31) : Subscribers only. Login. or Join.