Facial recognition is being widely promoted as a solution to physical access control but we were able to simply spoof 3 systems because they had no liveness detection.

The image below is an example of how it works. If a person is in a facial recognition system, often you can trick the system by simply holding up a photo of that person.

What The Problem Is

The issue is that many facial recognition systems lack liveness detection: they mistake photos of people for real people.

Photos of people are extremely easy to obtain - whether it is taking it off a person's social media profiles or from your phone's camera, getting a picture of most anyone's face is quite simple.

How It Is Done

The spoof is as simple as showing any kind of high-quality color photo of a person to the camera, whether it's on a printed piece of A4 paper or a selfie on a smartphone. See this WSJ video of a reporter entering a supposedly secure school by printing out a photo of the principal.

That WSJ report says the provider Real Networks had the liveness detection 'disabled' on that day but later turned it back on.

UPDATE: Mike Vance, Real Networks senior director, explained to IPVM that the gate's liveness detection function - which is based on someone smiling at the camera - was turned off "for about a week" because a speaker was being installed to let people know that they needed to smile to get in.

When IPVM visited Secutech Taipei this year, we asked to do liveness detection tests on all the providers offering access control with facial recognition. Three of the four we profiled failed. The only that did not was a company that specialized in liveness detection. 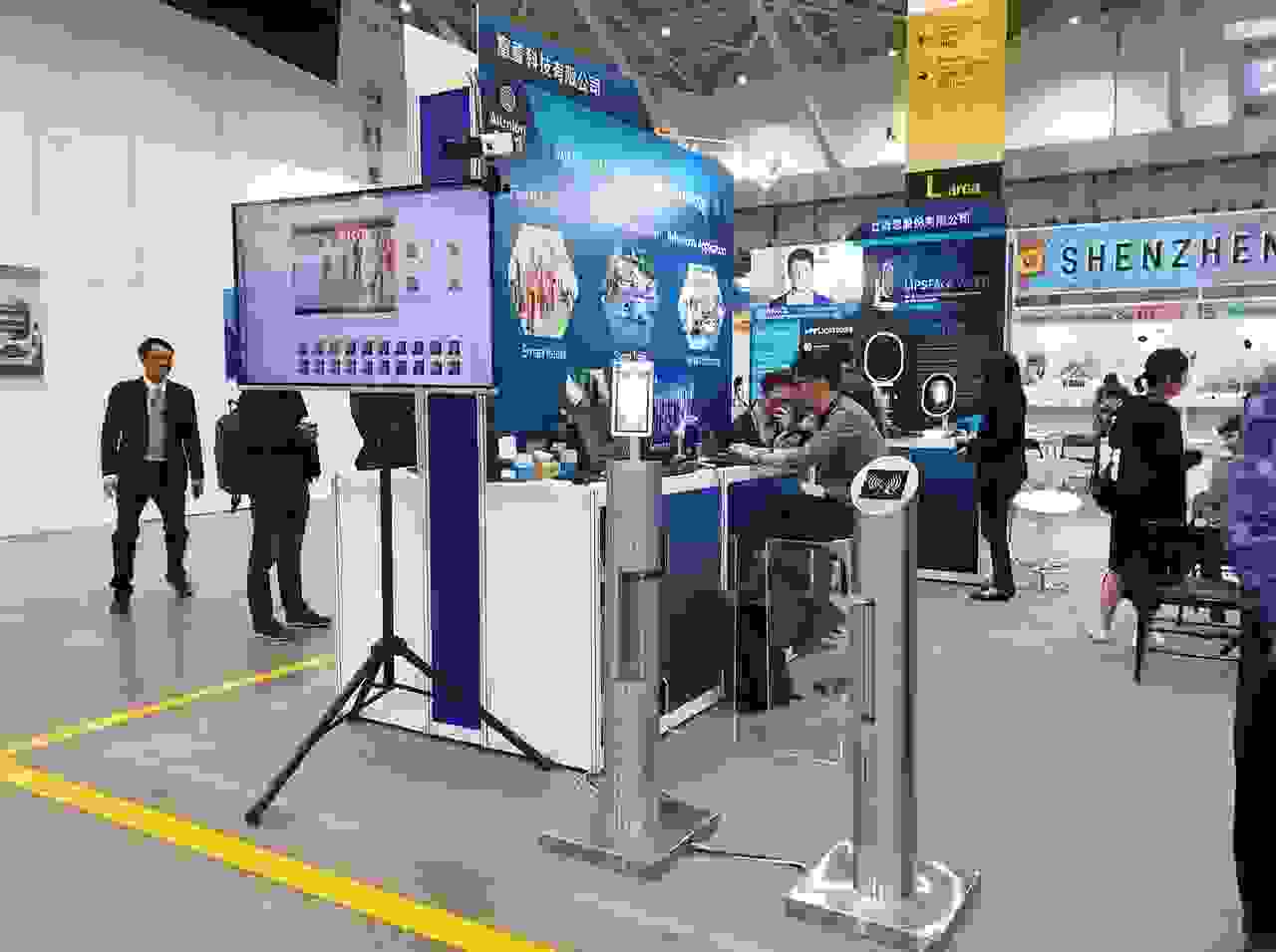 Taiwanese company AiUnion markets itself as an “innovative and advanced AI deep learning” firm, developing its own facial recognition technology for virtually any use (smart city, law enforcement, commercial, etc). Despite this marketing, AiUnion's access control demo failed to prevent a basic selfie from being greenlit on the first try:

In response, we were told this was AiUnion’s “2D” camera - they claim the “3D” one would not have failed.

This Chinese access control manufacturer/OEMer produces low-price barriers, turnstiles, and parking solutions, claiming to be a "Top 10" manufacturer in China. At Secutech, they touted a demo of a face rec pad for access control: 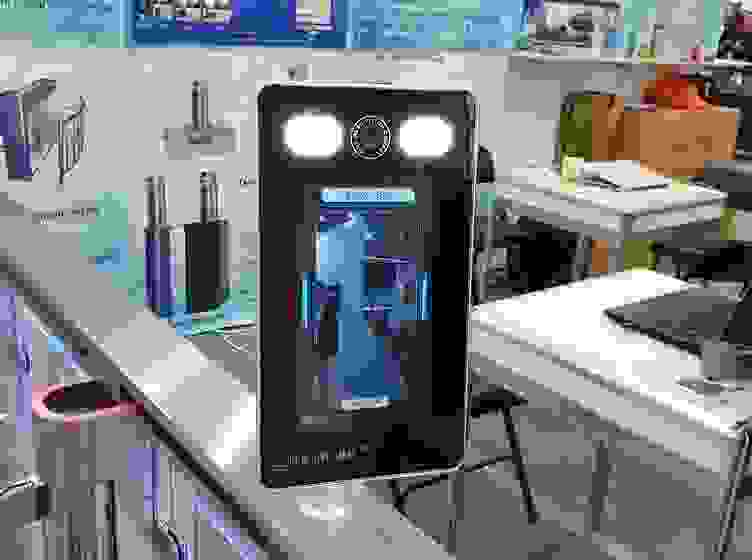 As was the case with AIUnion, the demo was unable to pass a basic liveness detection test, with a simple selfie being greenlit:

We were told the device above cost about $600. The rep stated that for $680, a device that foiled liveness detection spoofs was available.

Geovision Declines To Test, States It Would Have Failed 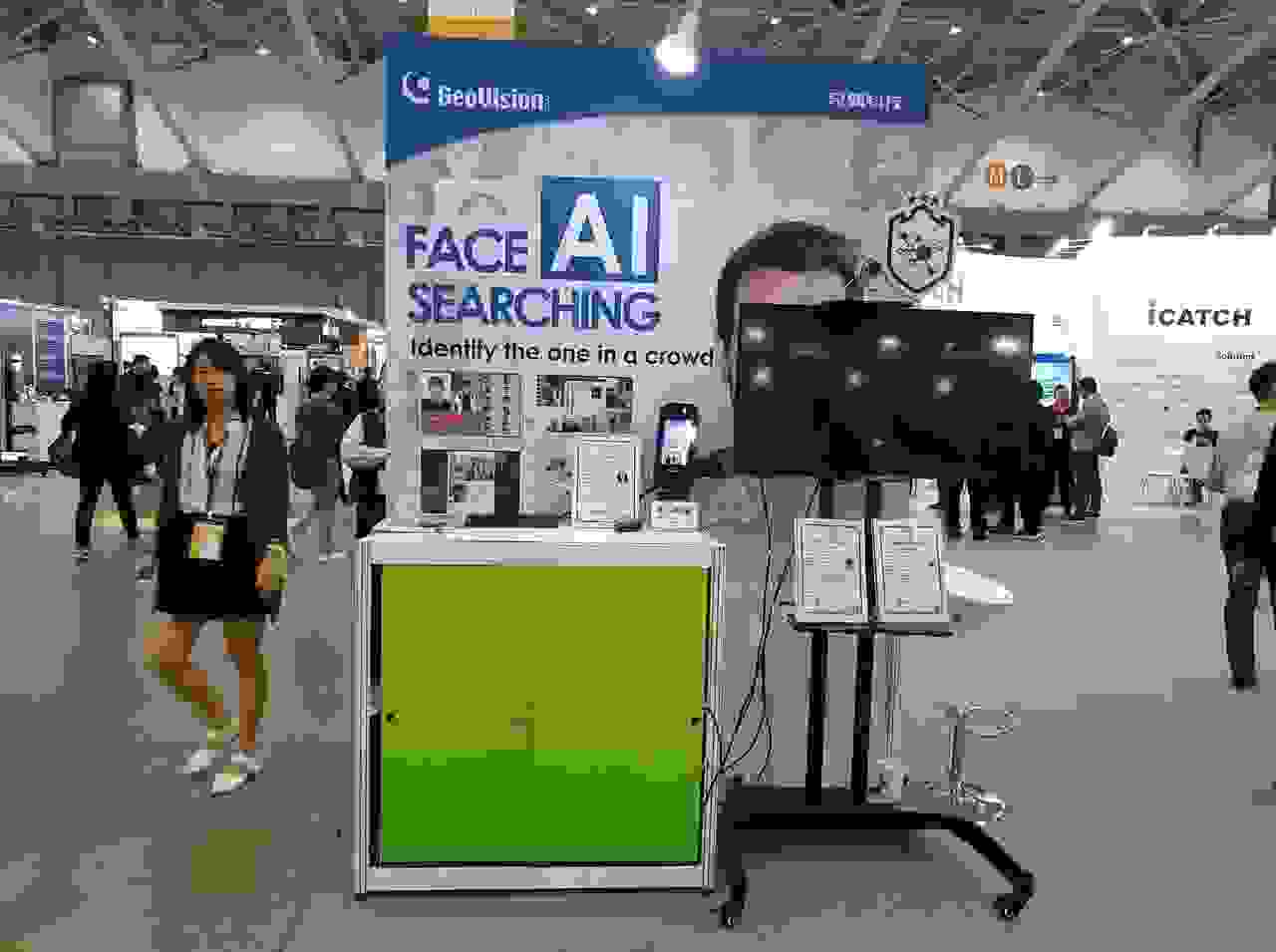 Despite being Taiwan's third largest manufacturers after Vivotek and Dynacolor, Geovision had a very small booth at Secutech, which promoted a demo of an access control device with face verification that a brochure touted as "a solid feature with future potential": 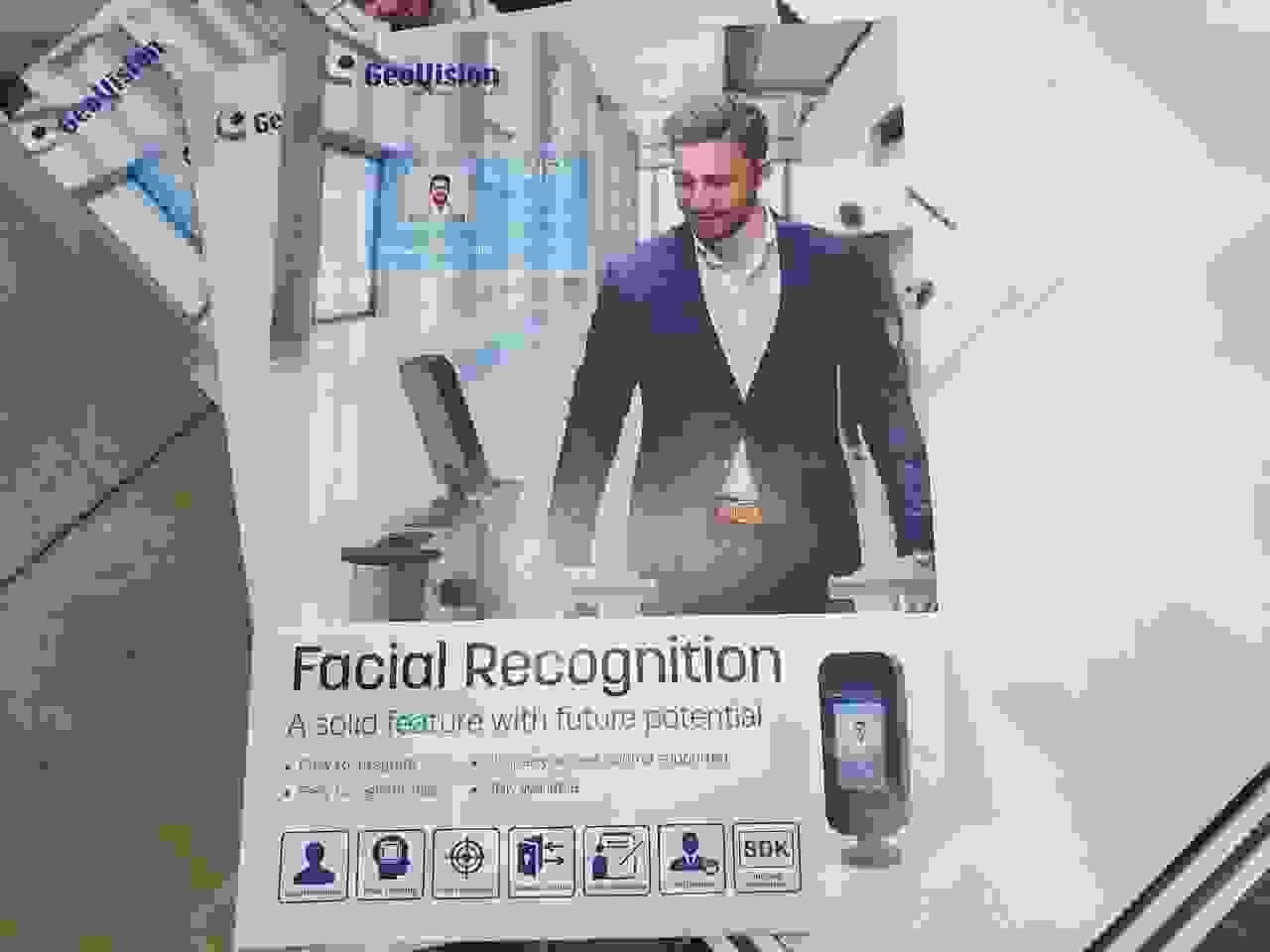 The Geovision rep went on to tell us the firm's facial recognition solutions generally had accuracy of 96 to 99.2% and that about 10% of Geovision's business is AI-related at this stage. Needless to say, accuracy percentages are irrelevant if a stranger can spoof your facial recognition by pulling up a photo on his phone. 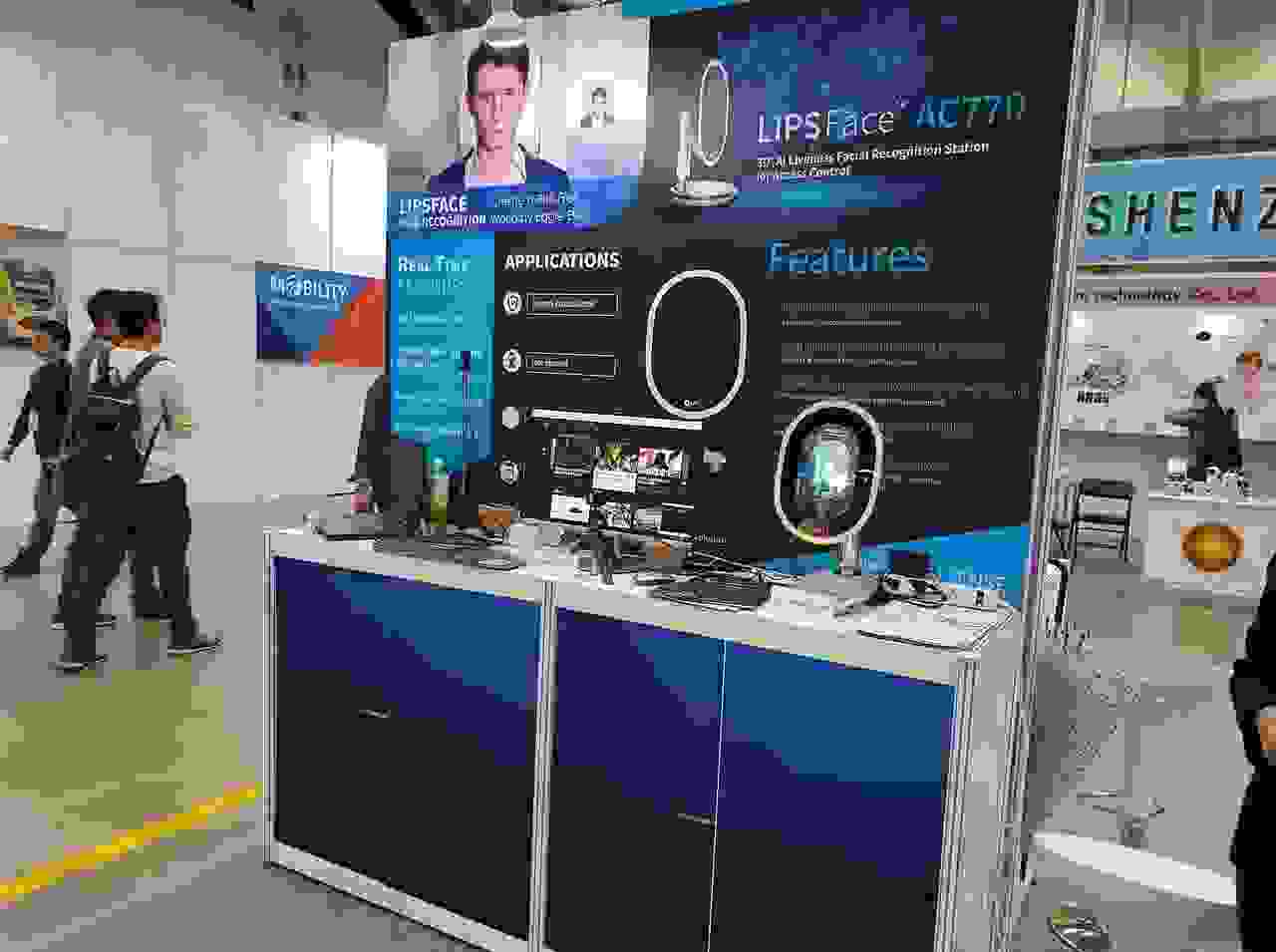 IPVM tested it as well with a selfie, and the system worked again. The market price of one of LIPS’ access control cameras (the AC770) is $5,000, something Chang said would go down when they switch from Nvidia to Intel processors.

We recommend you try this yourself for any facial recognition access control live demo to see how 'smart' the system is.

IR / depth mapping and machine learning methods are the two most common techniques to overcome this problem.

Commonly, face images are taken in the IR or other non-visible light spectrum and compiled into a '3D Depth Map' (see Apple's implementation) of points on a surface to verify an actual face is being viewed and not a 2D photo.

Facial Liveness detection can be achieved via a number of heuristic methods, with three of the more pragmatic examples being:

Like other aspects of computer vision, actual result varies depending on image quality and which algorithm is deployed.

Similar to the concepts in Multi-Factor Authentication, combining multiple liveness detection methods into a face rec system increases the confidence interval of real faces, not images.