A kidnapping victim was rescued within 24 hours, with the police crediting video from a Ring Doorbell camera as key to solving the case. A girl was abducted from her mother in broad daylight, with a Ring doorbell capturing the event as the one-minute video below shows:

In particular, the Ring video captured a picture of the car that abducted the girl, as the local police alert shows: 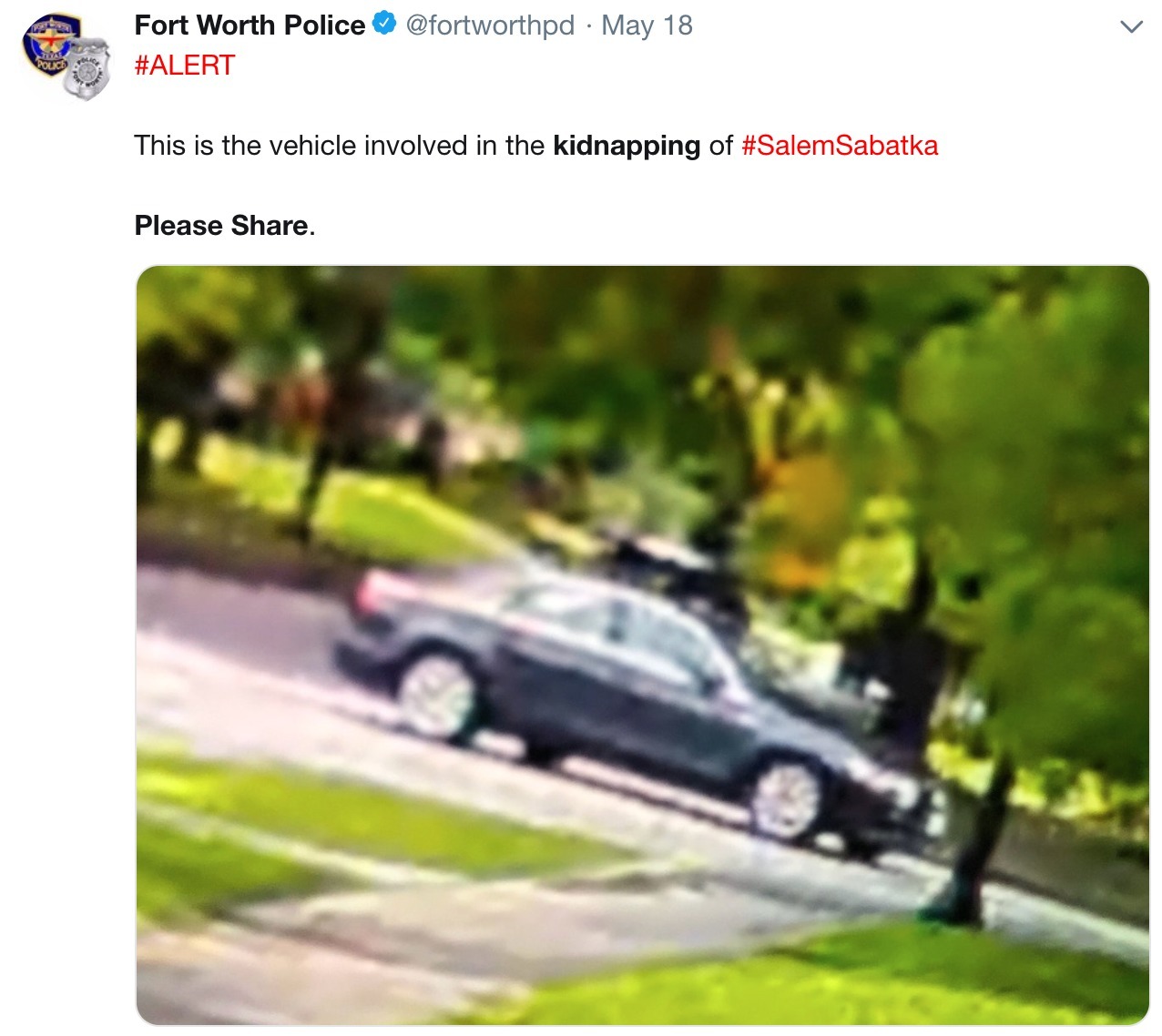 The image, while not of extremely high quality was captured with a Ring doorbell that has a 180-degree field of view and is of an object probably 100 feet or more away.

The embedded newscast above points out that citizens can "register their doorbell camera with police." Our story on Ring's city subsidy program makes clear that police and sheriff departments are publicizing and making use of the Ring Neighbors app to form a virtual neighborhood watch that can be useful in helping police solve crimes like this one.

The Neighbors app was not used in this case, as another news report makes clear. A 911 call immediately following the abduction created a large police response. First responders saw the Ring doorbell near where the abduction took place and asked to review the footage.

A local pastor who spoke with a detective on the scene asked what he could do to help, the embedded newscast says:

A friend of mine texted me and I said, 'Well, what are we doing about it?'

The detective advised the pastor and a friend to start checking parks and hotels. Within hours, the newscast says, the car was spotted by the pastor at a local hotel where police raided, apprehended the suspect, and rescued the girl.

The girl was abducted in the evening on Saturday, May 18 and was rescued in the early morning hours of Sunday, May 19th. A judge set the suspect's bond at $100,000. The suspect was transferred into FBI custody on Tuesday, May 21, according to reports.

City And Police Officials Laud Use of Video

The Mayor of Fort Worth implored the public to keep doorbell cameras going since they were of "huge" value in saving the girl:

Another news report cites the Fort Worth PD lauding the doorbell camera as a "valuable tool":

Another news story said that Police stressed that homeowners should be checking their motion cameras for more footage of the suspect's car:

Another news report advises that police are encouraging people to register their cameras with police. The report notes that people with Ring cameras can register through the app:

Obviously, a successful, high-profile case like this that ends in the rescue of a victim and the apprehension of a bad guy is a clear endorsement for video surveillance. It is also obvious that police agencies are seeing the value of partnerships with the community and their cameras.

This is a strong win for Amazon's Ring and will likely be used as a key marketing feature as they continue their city subsidy program throughout the country.