Did you miss out on making millions investing in Intransa or Pivot3?

Well, here is a limited opportunity to get in on an up and coming video surveillance storage startup.

Pooka beads on a Sales Director? In a funding pitch? I'm out. 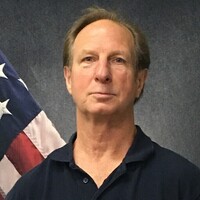 They deserve a lot of credit for taking this approach. Interesting market segment that is underserved. Question is - will F1000's , Govt & EDU pull away from HP & Dell? I think the smart ones will.

In my opinion, the camera work and editing techniques are a bit unprofessional and disconcerting. In one scene, Robin Hughes stares off into space (or perhaps reading his script) whilst (British word) the camera floats around him. No eye contact with the camera and therefore with his audience. I agree with the statement that we will either love or hate the video. I fall into the latter camp.

I've found a crowd funding campaign that, at least to me, is better-produced and, at the very least, much more heart-warming:

Of course, that does not mean one is going to like the style, which I believe is your issue.

I am torn about liking or disliking it, but it was entertaining and, for that reason, I watched it.

If you want a real home made video, here you go:

That is nice, but it's Crowdfunding - Indiegogo VS. Equity Crowd Funding. In Equity Crowd funding the video needs to capture your attention and tell you how much $ and what's in it for you long term. Indiegogo Crowdfunding is more like donating without equity, so I think both videos serve a similar purpose with very different campaign approches to different types of investors.

They are both professional

Both the Secure Logiq and Cat Emporium vids are well-produced, albeit in very different styles. I think the too-hip style of SL's is a mis-fit for the serious money and product they are discussing. Too much 'cool', I think, detracts from the financial and technical messages and practically begs for a personal critique. It's just too much style over substance.

AV's is more serious, as it should be, but dry and amateurish. It weakens their message. My $0.02

Lots of nice marketing wording and data sheets on their site but no concrete technical info.

My background is in storage where I spent the last 30 years of my life. I helped build the first tiered storage solution in 2000. In recent years I have been building tiered based storage systems for many clients and have just built my first solution for a Milestone Customer.

In my opinion, the Secure Logic solution is "hot air". If they are successful it will only be because the security industry has not been paying attention to the storage industry over the last 10 years. Their highest rating machine runs at 2000mbps which sounds big but in storage terms that is only 250MB/sec which is no big deal. The tiny little Promise RAID 5 arrays can already do 150MB/sec and the tiered storage arrays that we build can do 1250MB/sec made up of enterprise class SSD's and RAID 6 arrays (tiered using a Unix Kernel). The tiered storage approach not only allows higher write throughput but also allows almost unlimited Read throughput so gone are the days of worrying about how many clients are attached to your system.

The one thing they don't mention is how their "super servers" decode all the H264 streams that come into these servers for standard VMS tasks such as movement detection etc. No mention of Intel QSV or related technologies.

Don't waste your money. What they are offering now in 2014 might have been good in 2004 but not now. Sounds like all they are doing is a clever rebranding exercise ie the boxes they built weren't fast enough so they thought they would find an industry that didn't know any better.

Shame on you Secure Logic!

Intransas debacle is enough for me to look elsewhere and away from storage companies - there is money to be made in security, but I just dont see this as the venture that screams success. 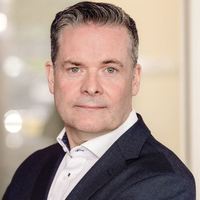 Hi Guys, comments seem to be pointing at the video which they could have been done better, thus taking the peoples attention away from what they are offering. All I can say is that I have seen the servers in action. We had to have a factory acceptance test for a Data centre. Servers were Raid 6 with hotspare- battery for raid. Raid 1 on SSD for OS. The requrement was only to achieve 500 Mbps, which the system did. Also the raid rebuild time was tested and this was around 50 % quicker than other rebuilds I have seen. I also witnessed a server at 2000 mbps and viewed their health utlility tool which was an Easy to view Gui to view a lot of data that most could understand. They passed the FAT and have been installed in the data centre. Reaons for that? performance, less Hardware and less Power, Better price. 3 years warranty and Advance replacement offered. I have dealt with Dell, HP, Pivot 3 and all I can say is they are worth having a look at.

Btw, one point of clarification on the valuation.

In the UK, it appears they offer some incredible tax credits that make the actual cost of investment / loss potential much less.

An excerpt on what EIS offers UK investors:

The UK government set up the Enterprise Investment Scheme in 1994. Today, it offers a number of tax breaks to investors who buy shares in small, private companies:

John, first you need to correct the spelling- it's Secure Logiq, not Secure Logic. This is the 21st century spelling where "q" always replaces the "c".

Second, if this "News" publication says one should invest in Secure Logic, it has to be safe, doesn't it?

More importantly, time is running out and I only see 3 backers and you are not one of them!

How do you know I'm not using an alias, or the Anonymous? I could be if they accepted my $2.50.

And one of the 3 backers is a director of the crowdfunding site (maybe part of the deal when you list).

Just 5 days left, even after they extended the deadline, still only 4 total backers.

This article is part of IPVM's 6,594 reports, 889 tests and is only available to members. To get a one-time preview of our work, enter your work email to access the full article.

Directory of 97 Video Surveillance Startups on May 20, 2020
This directory provides a list of video surveillance startups to help you see...
Cast Presents PoE Perimeter Lighting on Apr 28, 2020
Cast Lighting presented its PoE powered Perimeter fence system during the...
Google Invests in ADT, ADT Stock Soars on Aug 03, 2020
Google has announced a $450 million investment in the Florida-based security...
US Startup Fever Inspect Examined on Aug 03, 2020
Undoubtedly late to fever cameras, this US company, Fever Inspect, led by a...
NetApp Video Surveillance Profile on Mar 09, 2020
NetApp is increasing its efforts in video surveillance and told IPVM...
Avigilon Aggressive Trade-In Program Takes Aim At Competitors on Oct 20, 2020
Avigilon has launched one of the most aggressive trade-in programs the video...
Startup Solink $17 Million USD Fund Raise Expands To Mass Market on Jun 24, 2020
Solink has raised ~$17 million USD, a sizeable round for the company that...
18 TB Video Surveillance Drives (WD and Seagate) on Oct 19, 2020
Both Seagate and Western Digital recently announced 18TB hard drives...
Oyla Presents Low-Cost 3D LIDAR Alternative Camera on Jun 23, 2020
Oyla presented its low-cost LIDAR alternative camera at the May 2020 IPVM...
Verkada Access Control Tested on Sep 09, 2020
Verkada raised $80 million earlier in 2020, expanding from video into access...
Ava / Vaion Releases Cloud Connected IP Cameras, Verkada Competitor on Oct 01, 2020
Ava (formerly Vaion) announced its new direct-to-cloud AVA Aware IP cameras...
Free IPVM All Access - Concluded! on Mar 18, 2020
The 2-day event has concluded. Thanks to everyone who accessed the IPVM...
OnTech Smart Services Partners With Google and Amazon To Compete With Integrators on Sep 25, 2020
A pain point for many homeowners to use consumer security and surveillance is...
Magos Presents AI Radar Object Detector on May 08, 2020
Magos presented its AI radar object detection at the April 2020 IPVM New...
Avigilon Open Analytics Tested on Apr 16, 2020
After years of effectively closed analytics, Avigilon decided in late 2018 to...

VICE Investigates Verkada's Harassing "RawVerkadawgz" on Oct 26, 2020
This month, IPVM investigated Verkada's sexism, discrimination, and cultural...
Six Flags' FDA Violating Outdoor Dahua Fever Cameras on Oct 26, 2020
As Six Flags scrambled to reopen parks amid plummeting revenues caused by the...
ISC Brasil Digital Experience 2020 Report on Oct 23, 2020
ISC Brasil 2020 rebranded itself to ISC Digital Experience and, like its...
Top Video Surveillance Service Call Problems 2020 on Oct 23, 2020
3 primary and 4 secondary issues stood out as causing the most problems when...
GDPR Impact On Temperature / Fever Screening Explained on Oct 22, 2020
What impact does GDPR have on temperature screening? Do you risk a GDPR fine...
Security And Safety Things (S&ST) Tested on Oct 22, 2020
S&amp;ST, a Bosch spinout, is spending tens of millions of dollars aiming to...
Nokia Fever Screening Claims To "Advance Fight Against COVID-19" on Oct 22, 2020
First IBM, then briefly Clorox, and now Nokia becomes the latest Fortune 500...
Deceptive Meridian Temperature Tablets Endanger Public Safety on Oct 21, 2020
IPVM's testing of and investigation into Meridian Kiosk's temperature...
Honeywell 30 Series and Vivotek NVRs Tested on Oct 21, 2020
The NDAA ban has driven many users to look for low-cost NVRs not made by...
Ubiquiti Access Control Tested on Oct 21, 2020
Ubiquiti has become one of the most widely used wireless and switch providers...
Avigilon Aggressive Trade-In Program Takes Aim At Competitors on Oct 20, 2020
Avigilon has launched one of the most aggressive trade-in programs the video...
Mexico Video Surveillance Market Overview 2020 on Oct 20, 2020
Despite being neighbors, there are key differences between the U.S. and...
Dahua Revenue Grows But Profits Down, Cause Unclear on Oct 20, 2020
While Dahua's overall revenue was up more than 12% in Q3 2020, a significant...
Illegal Hikvision Fever Screening Touted In Australia, Government Investigating, Temperature References Deleted on Oct 20, 2020
The Australian government told IPVM that they are investigating a Hikvision...
Panasonic Presents i-PRO Cameras and Video Analytics on Oct 19, 2020
Panasonic i-PRO presented its X-Series cameras and AI video analytics at the...