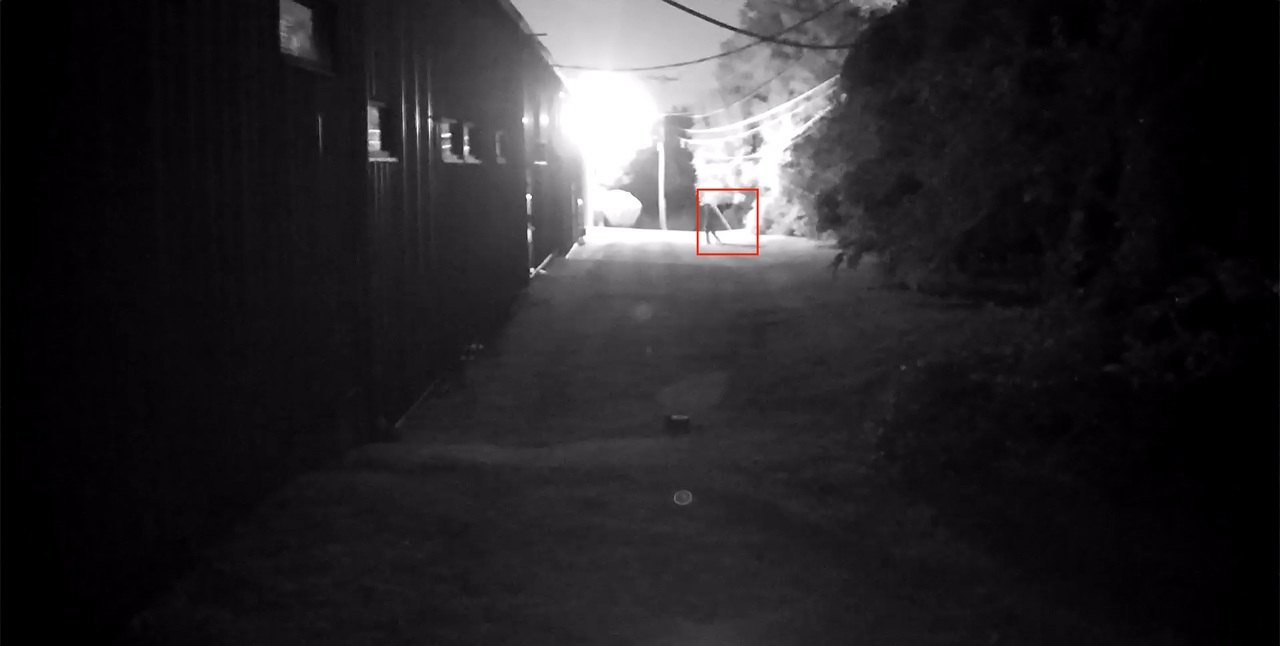 We tested against Avigilon's advanced analytics and Axis' Video Motion Detection 3 to see how they compare.

Hikvision's detection performance and false alarm rejection were solid when configured for the scene, though poor using default settings. Performance of mid range and high end cameras was similar to or better than Axis VMD 3, though behind Avigilon's integrated analytic cameras.

Those selecting Hikvision's video analytics should be sure to adjust time threshold and region of interest properly for their scene, as failing to do so will likely lead to numerous nuisance alerts. Users should be careful when adjusting sensitivity as well, as even slight adjustments may significantly increase false alerts or decrease range.

The inclusion of these on-board analytics at no charge on even low cost models (though limited to intrusion/crossline) helps Hikvision's positioning as more than simply a cheap camera brand. This brings them in line with Bosch, Sony, Samsung, and others who have offered basic analytics on their cameras for some time, and puts them ahead of Axis, who offers only VMD 3/2.1 (advanced motion/intrusion) and crossline analytics (though at an additional ~$30 fee per camera).

This should also help Hikvision in spec situations where these analytics are included as a checkbox item.

Here are our key findings from this test of Hikvision's on board analytics:

Detection coverage varied by camera. This chart outlines coverage for Hikvision and competitors:

Of Hikvision's cameras tested, the 4132 integrated IR dome and DarkFighter 1/2" super low light model performed best, with the largest coverage area, with the 4132 one of the top performing daytime cameras.

However, the 6026 outperformed all other cameras tested at night, reliably detecting subjects across a 215' HFOV/185' range, versus 140'/110' in Avigilon, the next best camera.

The majority of Hikvision's current camera and recorder line includes intrusion detection and tripwire analytics at no cost. Higher end series include additional analytics, as well, shown in this chart:

There are two limitations to configuration which make detection zone setup more difficult than in some competitive models:

Based on our tests, we recommend the following settings be used:

We review these issues and more in this video:

The biggest source of nuisance alerts by far was moving branches/foliage. With even a slight breeze, branches triggered intrusion detection rules near constantly. Most of these alerts could be filtered by increasing threshold to 1 or higher, though for best results, these areas should be removed from the region of interest. 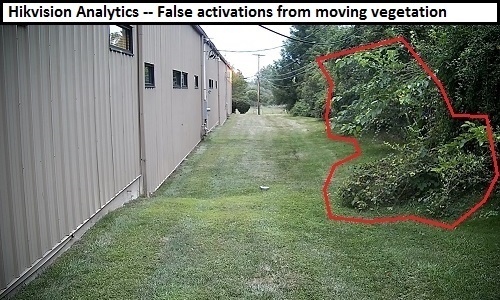 During the day, shadows cast by branches, overhead wires, or sudden changes in cloud cover caused some false alerts, though at a much lower rate than vegetation. 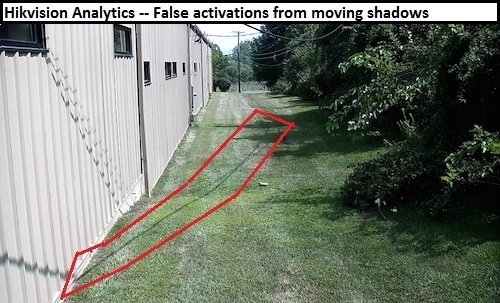 Analytic coverage area varied depending on the Hikvision camera model. The 4000 series (4024 and 4132 in our test) performed best in daytime scenes, with coverage range similar to Avigilon's H3A analytic camera, about a 290' HFOV. The DarkFighter 6026's daytime coverage was smaller, ~240' HFOV, similar to the Axis Q1615 with VMD 3. 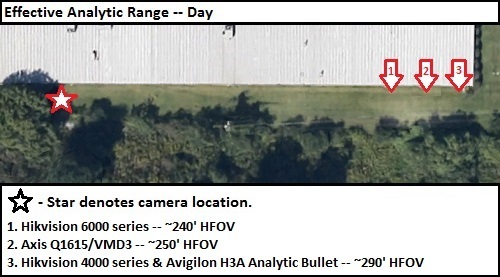 However, the 6026's nighttime range was the best of all cameras tested, covering a ~215' horizontal FOV, only moderately smaller than its daytime range. Other cameras experienced significant drops in coverage in low light. 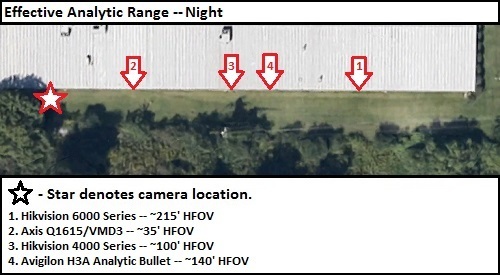 Coverage areas of the 2000 Value series and TVI cameras were much smaller compared to the 4000 and 6000 series. During the day, 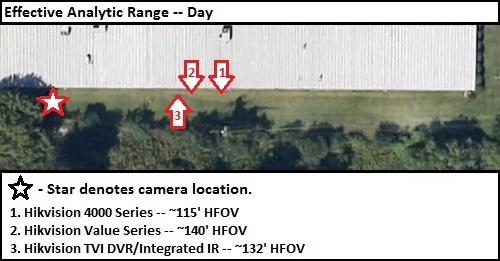 In our tests, Hikvision's analytics integrated with Genetec Security Center, but not Milestone XProtect, Avigilon Control Center, or ExacqVision Professional. Bounding boxes around objects are not embedded in video in any of these VMSes.

Integration with Genetec requires no configuration. Events are simply passed from the camera to the VMS, and display in the event list.

Hikvision's analytics integrate with their own iVMS-4200 CMS, as well. Event data is displayed, as well as regions of interest and object bounding boxes, not found in third party VMSes.

Hikvision Partners With Intel Movidius For Artificial intelligence Cameras on Oct 25, 2016
The world's largest camera manufacturer is partnering with the worlds largest...
Hikvision vs Exacq VMS on Jun 15, 2016
Hikvision and Exacq are two of the most commonly used recorders in the...
Comments (8) : Subscribers only. Login. or Join.