Indeed, to this day, as financial records show, the PRC government remains the 'controlling shareholder' of Hikvision. By contrast, Hikvision's overseas marketing obscures their origin and downplays government ownership as just one of many 'shareholders' rather than the controlling one it is.

Chen currently serves as the head of 52nd Institute, the chairman and the Communist Party secretary of China Electronics Technology HIK Group Co., Ltd. (中电海康集团, CETHIK) and chairman of the Company [Hikvision]

However, Hikvision obscures their origin and ownership by stating:

42% of the company is jointly owned by CETHIK Group and CETG No. 52 Research Institute, both are state-owned enterprises.

Knowing Hikvision's origin makes clear the reference to CETG No. 52, the government research institute that founded Hikvision. Also, CETHIK, as the chairman's description above indicates, is another division within the government-run China Electronic Technology group that oversees 'HIK' / Hikvision.

Most importantly, Hikvision's own financial report (p. 56) confirms that they are still, to this day, controlled by the Chinese government through CETC: 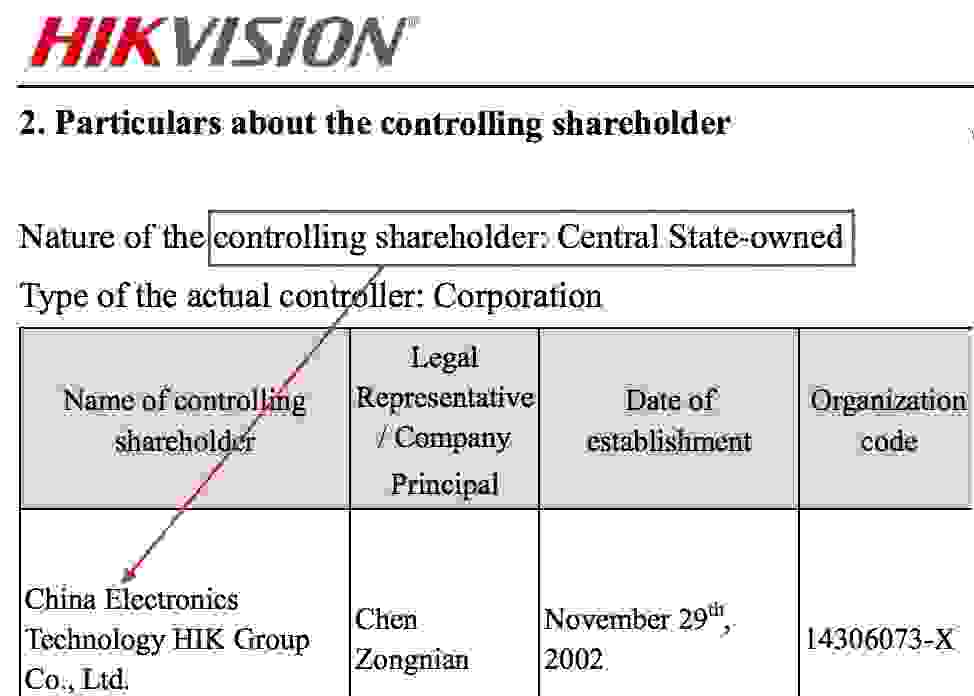 In an investor prospectus, Hikvision disclosed that the PRC government, as their controlling shareholder:

will continue to be in a position to exert significant influence over our business and other matters of significance to us.

may improperly control the significant business, finance and personnel of [Hikvision] by way of exercising the voting rights, which will damage the interests of [Hikvision] and its other shareholders.

This is from the investor prospectus p.33, the full paragraph below: 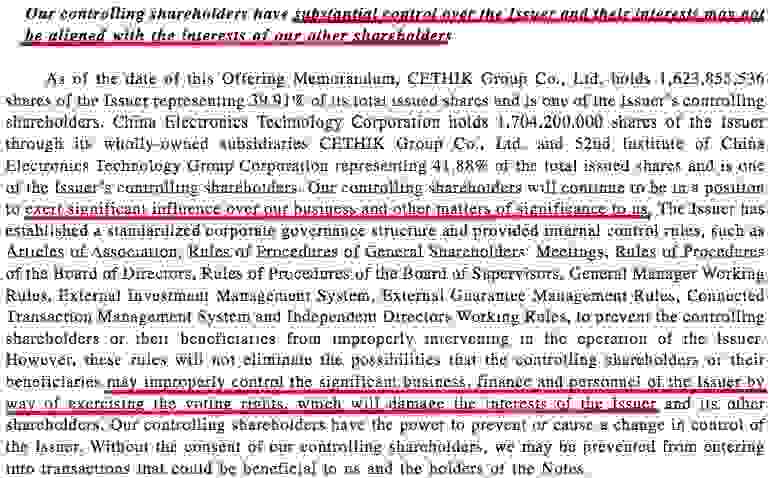 Not only does the PRC government have such control, Hikvision also touts strong support from the Chinese (PRC) government as well acknowledging their 'state-owned parent' (CETC / CETHIK):

To the contrary, Hikvision's overseas marketing has repeatedly portrayed Hikvision as a commercial entity simply with private and public shareholders (e.g., Security World: Hikvision responds to accusations of being a cyber security risk).

See how well you know the relationship between Hikvision and the Chinese government with this 5 question quiz.