Hidden cameras are a growing problem as cameras become smaller, cheaper and easier to access. However, some companies claim to be able to detect those cameras.

IPVM purchased 2 of the top sold Amazon hidden camera detectors as well as downloaded a number of phone apps, testing them against a variety of hidden cameras, some we purchased and will be testing later, and some made in-house.

After testing and having various IPVM staff try the hidden camera finders, it is possible to detect and "see" a hidden camera but as we show in the video below, it can be hard and errors are likely:

However, there are major drawbacks with the covert camera finders, such as:

Ultimately, while hidden devices can be "seen" with these handheld devices, they are finicky and require a certain finesse and understanding to use them. The enclosed instructions for both detectors we purchased were atrocious, amounting to "As user gets close to lens, the eye will see reflected light".

We purchased the K18 Anti-Spy Detector & Camera Finder ($59.90 USD Online) and Anti-Spy Signal Detector ($17.99 USD Online). A wide variety of these devices are available online, but most imply the same basic function of "seeing" a hidden camera through an eye piece using red LED's to see reflected light. Cost of these devices range from less than $20 up to and over $100. At least this ~$100 USD Online "Scout" model comes with a practice lens.

The picture frame has the hardest hidden camera to "see" with the camera finder. The lens is pitched slightly down, so if the user is looking down at the frame, the lens will not "appear". 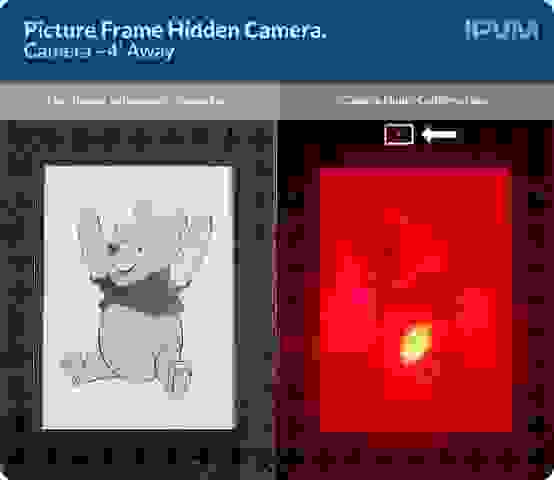 Below is a demonstration showing the angle needed to "see" the hidden camera in the picture frame:

This hidden camera is slightly easier to see, given the central "dot" in the center of the charger right above the USB port. To illustrate how close one may need to be to see the "dot", below is an image taken of the USB device from ~12' away: 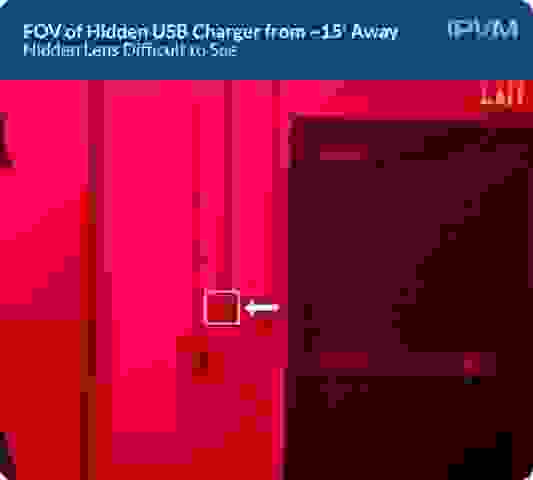 Upon closer inspection, the hidden camera lens is above the USB port, in the center of the charger. 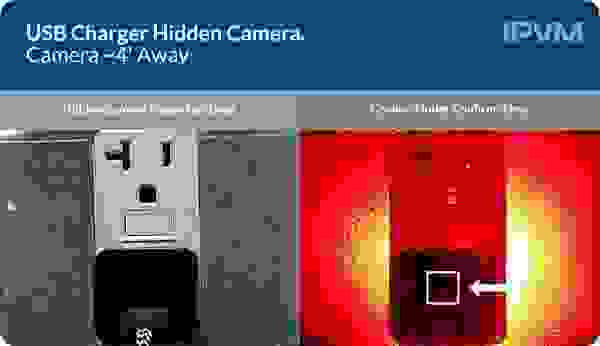 The light bulb hidden camera stands out the most out of the covert cameras we purchased online. The lens sits on the end of the bulb, the light emitted from bulb is weak, and the holes for the microphone and speaker all make it stand out more with the naked eye. 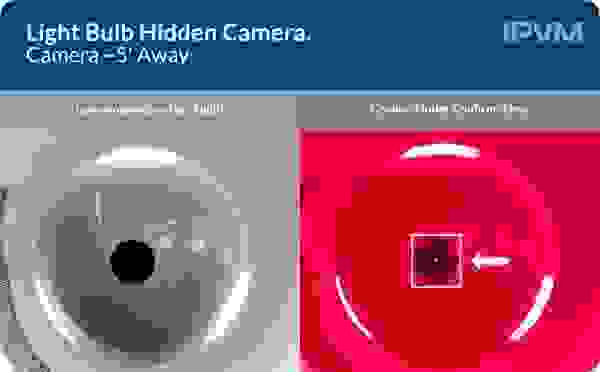 The smoke detector hidden camera is small, and users that pay no mind to smoke detectors may not realize the odd, black dot that is the remote receiver. The camera is on the top-center of the device, and can be hard to see given the small lens and how far away the ceiling could be. 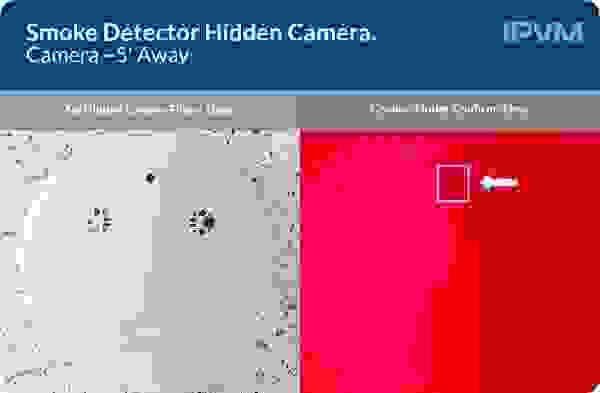 Finally, we hid cameras in normal, everyday household items, such as a fake plant and tissue box. Below is an example of a camera we've placed in a fake household plant: 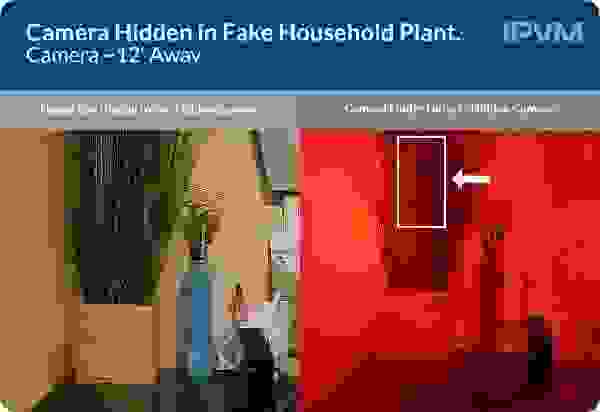 We then took a tissue box and punched a hole through a dark portion on the box. We then hid a small cube camera in there, and stuffed the tissues back into the box: 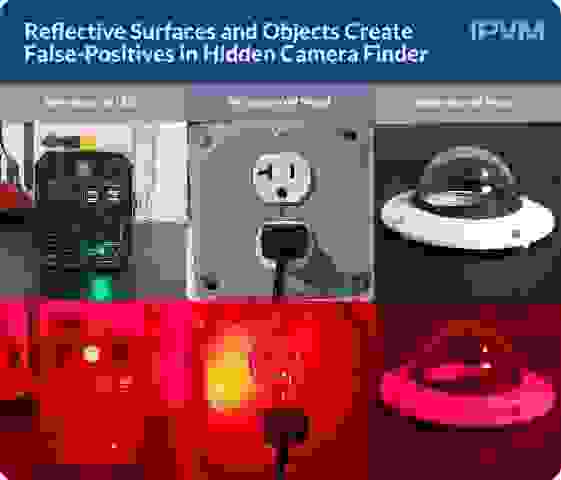 RF Scanner False-Positives: While scanning for a camera, the RF signal would spike, but that would usually be due to laptops, phones, routers, walki-talkies or other such wireless devices. Below is an example of the hidden camera finder's RF scanner signal peaking due to interference from a laptop, access points and walkie-talkies. 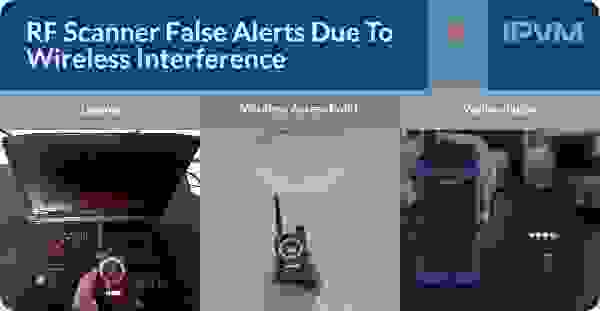 Finding hidden cameras is difficult, but with patience, persistence, and some knowledge of what to look for, it is possible to find them. These devices are generally cheap, and if you are someone who is concerned about privacy, then trying these out could yield results. There are several usability issues with them, but when used effectively and trying to ensure privacy, these camera finders are better than nothing.

Budget Covert Cameras Tested on Nov 26, 2019
Covert cameras under $100 are widely available online but are they any...
Comments (4) : Subscribers only. Login. or Join.