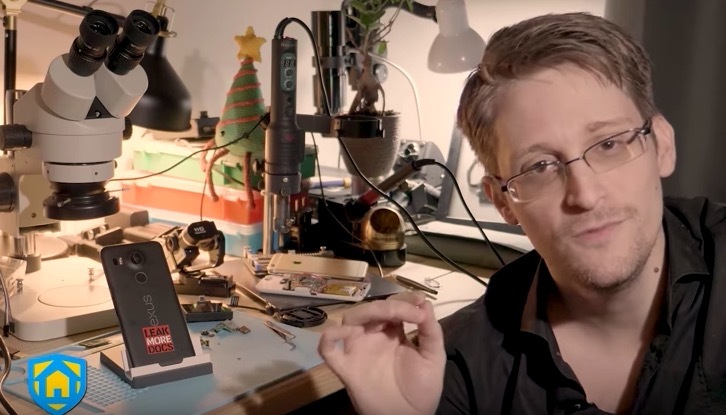 Haven has the potential to be a low-cost way to provide mobile physical security around one's space and possessions. But how well does it work and who should be using it?

IPVM has tested the app as well as reviewed performance and capabilities with the developers.

Recommend Use As Designed

With the improvements Haven has made, our test results find Haven to be useful as a low-cost way to provide personal protection. The largest limitation we still find is that those installing will need to have a moderate amount of technical knowledge which could be a barrier for non-tech/low-tech users.

Moreover, the team of developers working on the project (view its GitHub repository and issues being managed) are extremely knowledgeable, dedicated to answering questions and improving the app. As such, we expect continued advancements for the app.

In its earlier versions, the app had two key issues in our tests which have been fixed in later betas (discussed below). In its latest builds, on our devices, Haven no longer has issues with crashes or sensitivity (spamming event notifications).

Haven is an Android mobile phone app which allows users to receive alerts based on various sensors on the phone, including video motion, vibration, ambient light, noise, etc. Alerts are sent via SMS/MMS messages or via wifi using the encrypted Signal messenger.

The app does not need to be visible in order to function, and may run in the background or when the phone is locked.

Haven is available free on the Android Play store or may be downloaded directly from the developer.

Alerts Only: No Live Video/Audio

Note that Haven does not allow live viewing or listening of audio/video. Only event-based alerts are supported. This rules out its use as a surveillance camera replacement for many users.

To use Haven, users basically only need to open the app and hit "Activate", which arms the app and all of its sensors, shown here:

Users may configure sensitivity for specific functions, such as audio detection, vibration, etc., by touching icons at the bottom of the app, such as this configuration for phone movement/vibration detection: 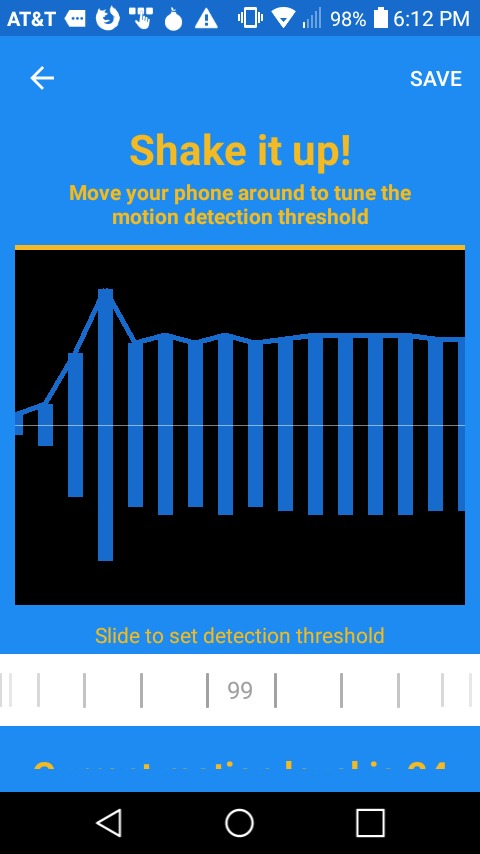 Alerts appear simply as one line of descriptive text with a link to view the alert via Tor (discussed below):

Notifications also include applicable media, such as a screenshot of video motion: 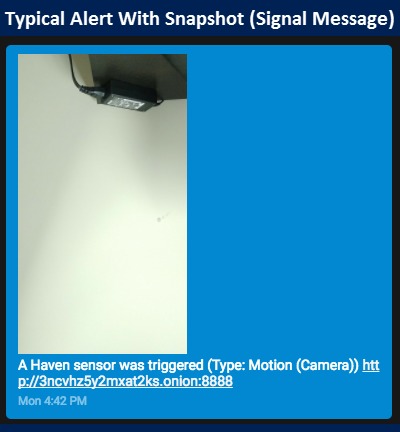 Or an audio clip of detected noise: 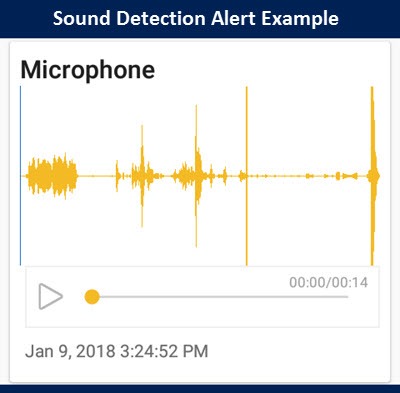 Along with video and audio, Haven distinguishes between the phone being "bumped" (slight movement) and it being moved or stolen: 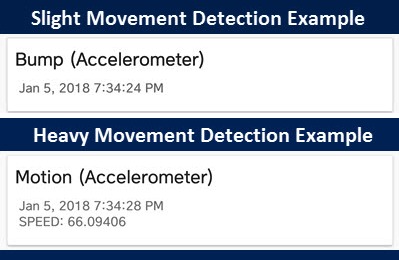 Haven alert history may be viewed remotely using the Tor Browser (an anonymous browser/proxy). Events are simply shown in a list, with screenshots, audio clips, etc. available when clicking a specific event. There is no option to search events. 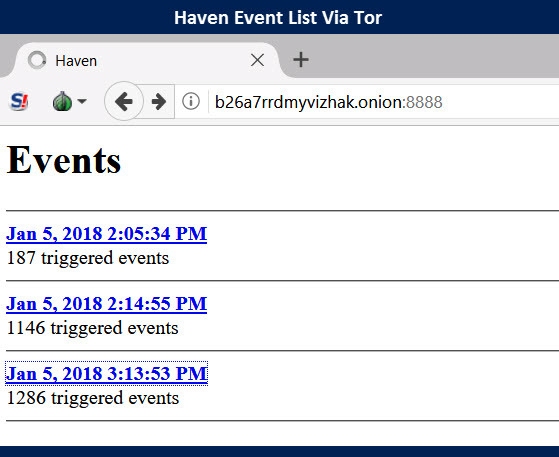 As discussed above, there is no option to view live video or listen to audio from the device via this remote access.

Haven initially has the user enter a phone number to receive text alerts but this is as far as setup will go despite having the option to use Signal or the Tor network to view and receive notifications. This could potentially be a problem for users not familiar with the Tor network or Signal but still want to take advantage of the app's features. Below is the settings tab to allow alerts over Signal or viewing of alerts through the Tor browser: 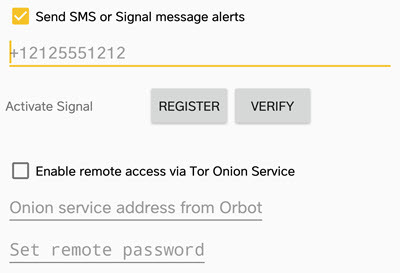 The Haven app also does not make it clear that you also need the Orbot app running and an Onion address for remote viewing. Below is an example of the Orbot app detecting remote access being enabled in the Haven app: 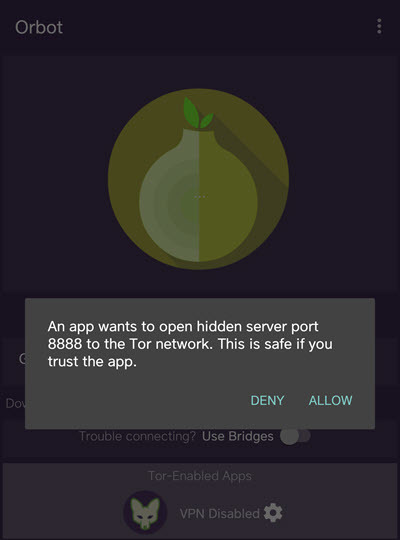 In our original tests of Haven, the app suffered from severe nuisance alert notifications as well as frequent crashes. However, in its latest build (beta 11), neither of these issues are present on our two test devices.

Users should be aware they could still be issues on models, as Android phones vary widely in hardware, capabilities, and OS version.

One major issue encountered in our early testing was constant motion alerts on some phone cameras. For example, in the clip below, the Haven app sends numerous alerts via Signal over the course of 5 seconds, with no actual motion in the scene. This was common regardless of light level using one phone's rear camera, and both cameras of another model. Even with the phone in a closed drawer, we received ~130 motion notifications in about 4 minutes of testing.

Haven's developers say this is due to unexpectedly high sensitivity on some newer model cameras, and they will be making adjustments more granular in upcoming releases. As of now, there is no way disable these alerts.

Haven crashed frequently during our original testing. This was common during multiple operations, including when opening the app, activating the camera, or occasionally when large amounts of motion/ambient light change occurred. 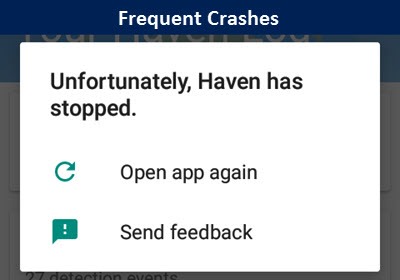 Testing was performed using the following devices and app version: