Genetec is ending the main platform it uses to integrate most access control, the Synergis Master Controller.

However, the replacement was on display at ISC West: a new unit named Cloud Link that touts better hardware performance. 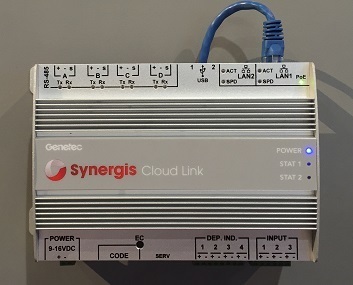 Inside this note, we examine the value proposition and particulars of Cloud Link.

While confusingly announced as 'allowing on-premises devices to securely connect to Genetec cloud-based services', the purpose of Cloud Link is the immediate replacement of Genetec's SMC main access controller.

Genetec tells us that Cloud Link does the same thing as SMC, features the same integrations, and is the same price. The installation map below shows Cloud Link installs in the same location: 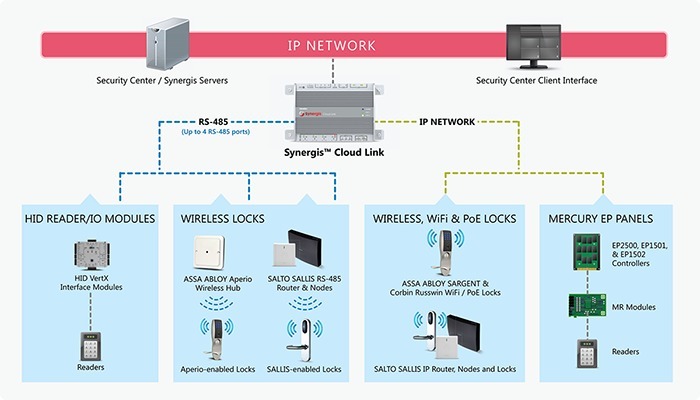 The biggest changes between Cloud Link and SMC are hardware design. Genetec explained the differences as "Cloud Link has more CPU resources, more RAM, 4 RS485 ports on board and is PoE. We have also added inputs/outputs."

Genetec further explained "Upon launch, the Synergis Cloud Link will have the same functionality as the SMC, just a better hardware platform than its predecessor" and that the device may eventually have purpose in a cloud-based access management platform the SMC could not offer.

Another key aspect of the change is undoubtedly more favorable profitability on the Cloud Link appliance that Genetec designed themselves, rather than buying and modifying another appliance. Genetec confirmed the in-house origin of Cloud Link saying "The Synergis Cloud Link was designed by our own engineering group as opposed to the SMC which was based off COTS Micro-PCs."

Cloud Link does not connect to the cloud currently.

However, Genetec aims to leverage Cloud Link in a future cloud-based physical access control offering, explaining the hardware could function as a 'cloud-enabled appliance.'

Such a release is not imminent, but with this hardware redesign it is possible where it was not before with the SMC.

The relaunch of the master controller based access system runs counter to the recent trend of directly integrating controllers to a Security Center server, most recently announced with last year's Genetec's SV-32 'Unified' Appliance.

At the time, we speculated the days of SMC were numbered, due to apparent ability to directly connect to Mercury EP controllers and a wide range of IP based locks, HID, and Axis controllers, but Cloud Link signals the 'Unified' approach is likely limited to Genetec's appliances and will not be a core feature of software-based Security Center installs anytime soon.