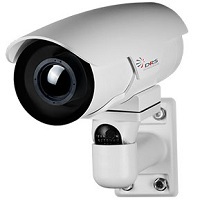 Recently, DRS entered the IP thermal market with far lower pricing than any incumbent, aiming to make this technology affordable to users who could never previously consider it. However, with such low pricing, performance and usability concerns are obvious, wondering what is lost at such a far lower cost.

Some factors to keep in mind:

For most commercial security deployments, the WatchMaster IP Elite is worth considering. Under normal conditions, where high heat, humidity, or precipitation are not factors, the lack of image adjustment features will likely have little impact.

However, in more adverse conditions, or in high security deployments where performance must be guaranteed, users should consider and contrast to other options. We recommend at least testing DRS in place, however, as its price point likely means 2 cameras may be afforded for the same budget as a single camera from other manufacturers.

In this screencast, we briefly review the physical characteristics of the WatchMaster IP Elite. As can be seen, the WatchMaster does not offer the "bells and whistles" common to many cameras, such as I/O or audio. Also it is smaller and lighter weight than most thermal competitors, with only the main camera body made of cast aluminum, while other parts (sunshield, back cover, mount adapter) are ABS plastic. Many users may consider this as a weakness, especially in areas where the camera is subject to vandalism. Users should also note that the WatchMaster IP Elite is PoE powered, including the heater. Some other cameras, such as the Axis Q19 and FLIR FC may power the camera only via PoE, but not the heater.

In this brief screencast, we review the web interface and configuration of the WatchMaster IP Elite. Most notable are the contrast and brightness controls, DRS' only image adjustment features, which users should adjust to fit the scene.

As we demonstrated in our configuration video, DRS provides few adjustments to the camera's image in its web interface. Users are able to change contrast, brightness, and white balance modes (hold or automatic), along with whether white or black is shown as hot. We tested using defaults, and again after making adjustments to contrast and brightness, specifically moving contrast to the range of 38-42 (default is 50) and brightness to about 40. The difference between the two may be seen in this image: 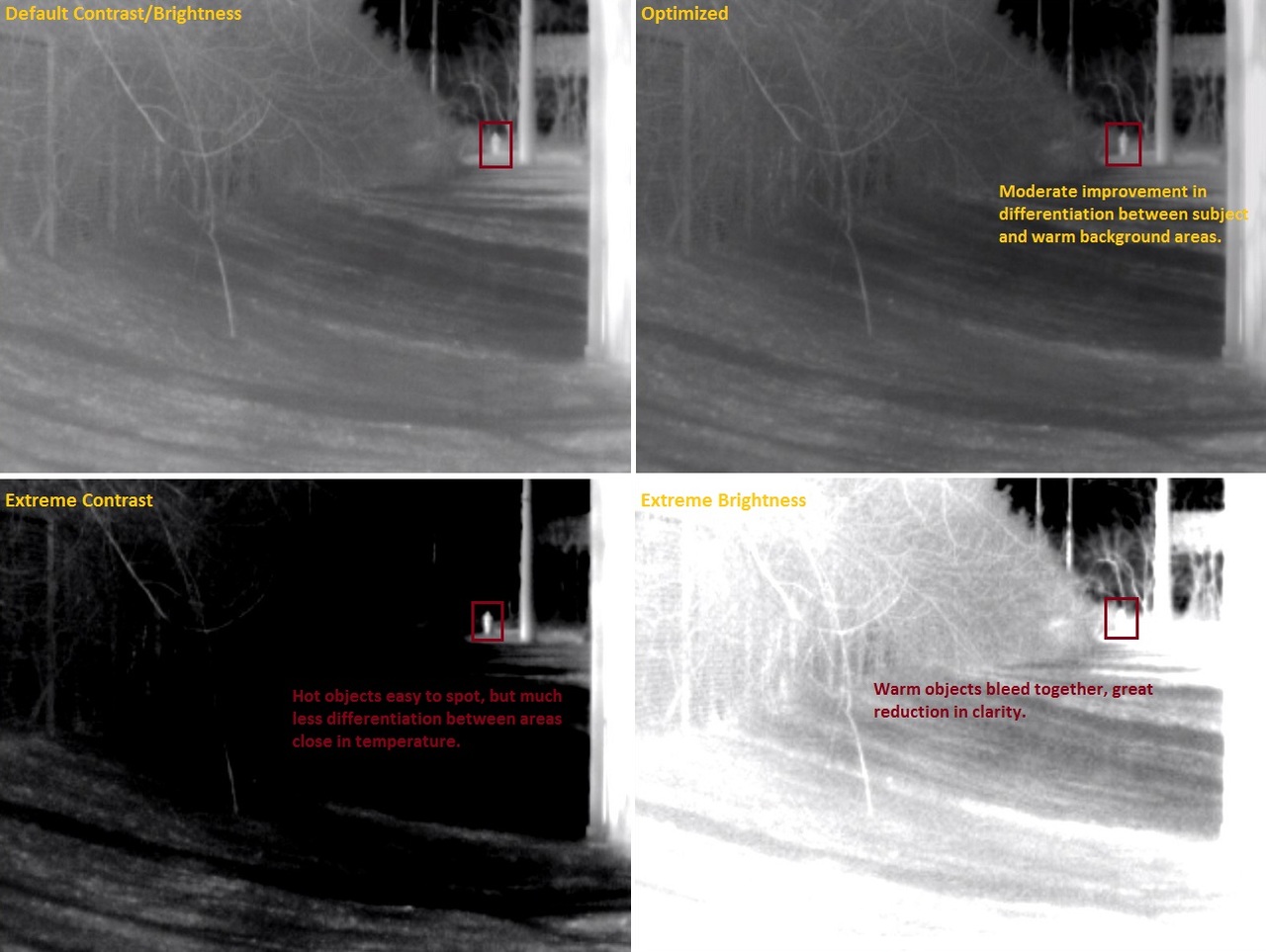 As shown in the comparison, these adjustments provide a moderate improvement to image quality. Because this allowed slightly more clarity and defined edges, our subject was a little bit easier to distinguish against the warmer area of the background. This adjustment becomes more necessary as ambient temperature approaches body temperature, as opposed to the winter's day this example was recorded. The bottom row of images show the detrimental effects possible if contrast or brightness are adjusted too high.

At close range (~150'), the WatchMaster produces images roughly comparable to other 320x240/384x288 models from Axis, FLIR, Pelco, and SightLogix. Compared to others, DRS' contrast is modestly lower. 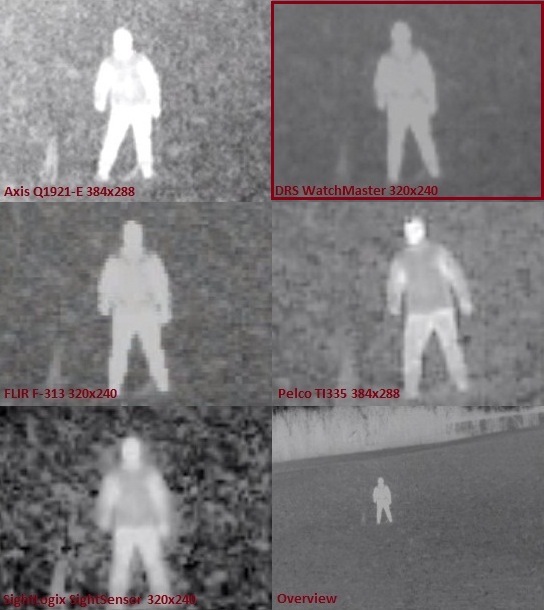 At ~1,800' range, the lower contrast of the WatchMaster makes it slightly more difficult to spot our subject than some competitors. However, detection is still possible. 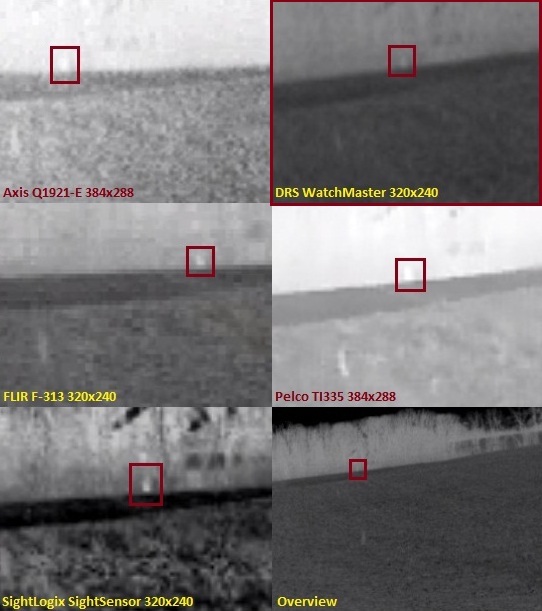