Closeout documentation can be invaluable for future expansions or maintenance work, and 'as-built' drawings are a key aspect for finishing projects right.

The basic purpose of 'As-Builts' is to document how work is installed versus how it was initially planned. Even small changes can result in big confusion and wasted money later when it comes time to work on or maintain the system. As-built drawings are the main way these problems are avoided.

In this note, we look at these crucial points for creating and managing as-builts:

According to the American Institute of Architects (AIA), project closeout should include at least one set of drawings handed off to the owner that show "in red ink, on-site changes to the original construction documents." In most cases, these markups are done by hand, but may be done on CAD systems or software.

For security installers, these notes reflect changes to a 'paper design' in how the have been actually installed, reflecting both major and minor deviations from the concept design. Details like alternate camera models used, or mounting relocations, or adding missing information like cable paths are typical examples of what is included: 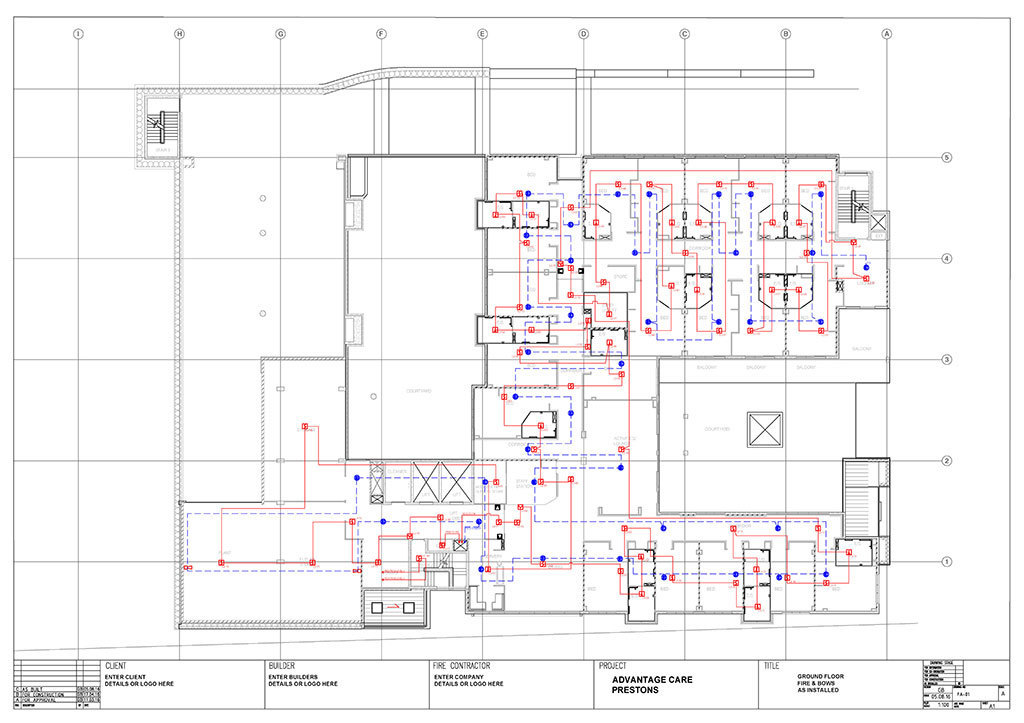 Indeed, they might not be the 'final' set of drawings created on a job, but the information they reflect is the work in final configuration.

As-Builts Are Not Record Drawings

Contractor developed 'As-Builts' should not be confused with 'Record Drawings' created by the architect or engineer.

Record or 'Archive' Drawings often include the information gathered on As-Builts, and are the final set of formally developed prints fully signed and stamped by the project engineer. This set is not always mandatory and created, but in general, formal architectural services create these as one of the last tasks of a building project.  When available, these prints are typically formally stored and revision management is tightly controlled, often by central engineering or physical maintenance groups.

If such repositories exist for a facility, integrators and installers should check these groups first for current plan sets and guidelines how to submit revisions based on new work. 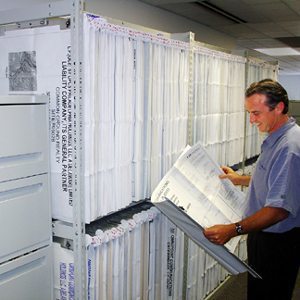 However, because Record Drawings are optional and often non-existent, the more informal 'As-Built' drawings bridge the potential gap created between the final set of design plans and construction activity, and fall to the security installer to develop and even maintain for a customer.

Use Existing Prints To Collect Markups

When requested, a set of '100% design plans' for new construction projects are usually available to the installer to be physically marked on with red ink, or otherwise electronically saved as 'markup prints' for CAD files.

The documents are not always given away freely, and may cost a fee to print or license, especially for large projects or large enterprises with expansive facilities.  The exact details, potential costs, and access requirements are generally defined in bid packets or by construction managers.

However, during the course of project execution, this set of drawings becomes one of the most valuable deliverables and should be safely secured when not being used. In many cases, the marks and notes they record are coarse and scribbled into margins: 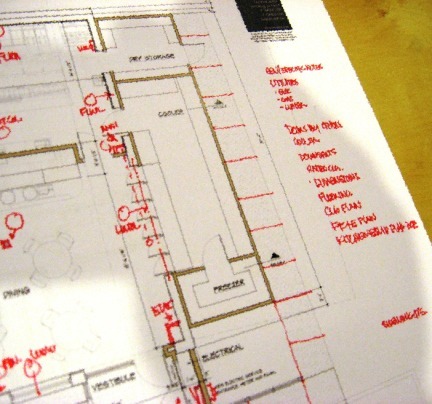 Integrators should take care to make all notes and marks legible and technically complete, even if written in haste. Many large installers appoint one person as 'caretaker of the as-builts' during project execution, and only that individual is allowed to make notes on the official set of plans.

Pictures And Images Helpful Too

As-Builts can include more than just floorplans. Indeed, using marked up picture or images can also be very useful for identifying the actual appearance and location of system devices that might otherwise be hard to clarify in CAD files or electronic notes alone.

For example, using the Camera Calculator to draw lines and notes over satellite image tiles can be valuable: 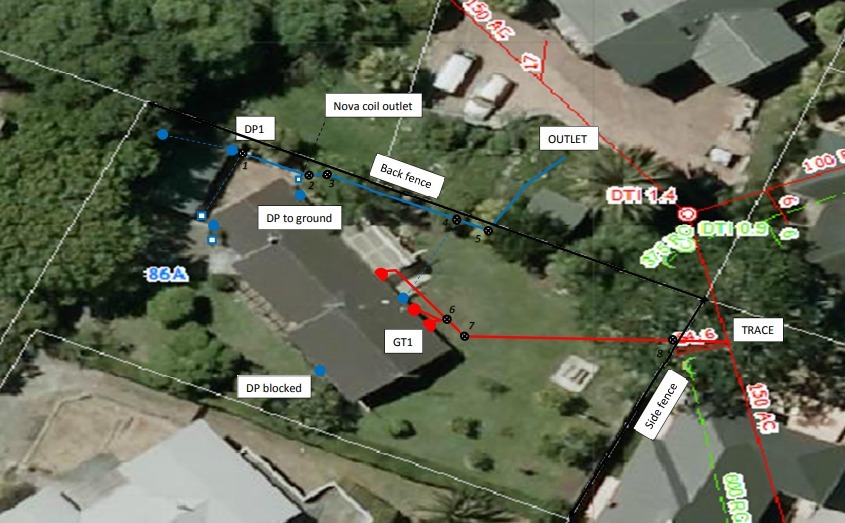 Even simple snapshots notated clearly can be included in as-built files, like these examples showing a buried location of cable access points near buildings:

Work As You Go

A common mistake integrators make when creating as-builts is waiting until the end of a project before starting markups. Rather, drawing these plans should be a habit as installation work is actually executed and part of daily activity.

Not only is the information more granular and accurate compared to remembering details at the end of a project, but doubling back and potentially visiting the same areas twice with ladders and flashlights just to document basics like cable runs or switch numbers is wasteful.

Installers and project managers should always be mindful of developing As-Builts, from the very start of a project. The drawings that are turned over to the owners will have better information, but the process serves as a 'last check' of sorts to establish work indeed is executed to plan.

What Details to Include

The checklist of good information to include on As-Builts is broadly defined since inevitable deviations from design plans cannot be easily predicted. However, the general purpose of As-Builts is to reconcile the way systems are designed versus how they are actually installed.  Any deviation or difference from the last concept plan, or any missing detail, should be added to As-Builts.

Many programs can make creating As-Builts easier, even for non-engineers or draftsmen. Some common drawing and markup platforms IPVM has reviewed (including details like markup functions, cost, and overall complexity) include:

The approved formats and apps used may be dictated by project documents and may be subject to compatibility with applications being used for Project Management.

[Note: This guide was originally published in 2014, but substantially expanded and updated in 2018.]

Project Documentation Forms & Work Order Tutorial on Jan 07, 2019
This form may be one of the most important tools integrators ever have doing...
AutoCAD for Surveillance on Sep 24, 2012
While the construction industry made the transition to computer aided design...
Comments (3) : Subscribers only. Login. or Join.