In this note, we take a closer look at the Party Congress, including:

Overall, the Congress offers further proof of Party influence on Hikvision at a time of intense scrutiny about the Chinese government’s control over the country’s corporations. 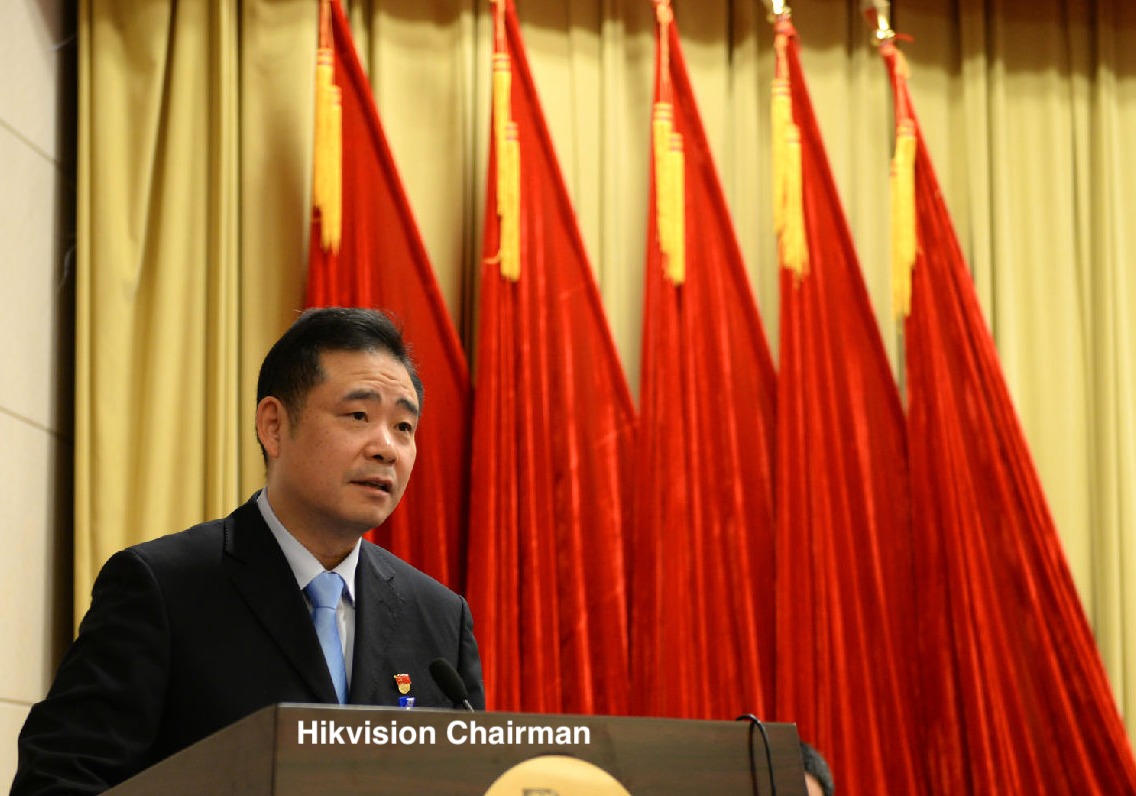 Hikvision chairman Chen Zongnian presented a “report” he wrote about the Party Committee’s achievements and future plans, which was quoted extensively:

Hu Aimin, the deputy secretary of the Communist Party committee of the CETC [link no longer available], a state-owned Chinese defense conglomerate which fully owns CETHIK, was also quoted as saying:

The Communist Party committee of CETHIK, Hikvision’s state-owned controlling shareholder whose only purpose is owning around 40% of Hikvision, held its Second Party Congress on December 6 at a hotel in Hikvision’s home base of Hangzhou, according to a CETHIK report of the event.

It was the Second Party Congress because the first Congress was held in 2015, around the time Chinese leader Xi Jinping began strengthening the role of the Party over Chinese corporate affairs. Such events are typically held every three years across China’s many state-owned enterprises.

The goal of the Congress was to “comprehensively sum up the achievements and basic experiences of the company's party committee”, according to CETHIK’s report.

While Hikvision officially distances itself from its controlling shareholder, CETHIK’s Second Party Congress marks only the latest proof of the influence of the Chinese Communist Party on Hikvision, as previously reported by IPVM:

Hikvision declined to comment about this meeting. This is not unusual, as Hikvision systematically avoids directly addressing its Chinese government ties to media outlets.

Instead, Hikvision typically makes vague comments about how it is a commercial entity or how Westerners do not understand its ownership structure. See Hikvision’s response (“We Put Customers First”) to the WSJ investigation for one notable example.

While this may make sense in the short term, Hikvision likely cannot keep putting off such questions as worldwide concerns about Chinese government influence over tech companies amplify, most notably with the arrest of Huawei’s CFO.