Warning: Case Studies Can Get You Sued

What do 24 Hour Fitness, Barnes and Nobles and multiple hospitals have in common?

They have all been sued in the past few months, with their manufacturer case studies used as evidence.

They join ~100 end users who have been sued in the past 2 years, something we first broke and covered here: Surveillance End Users Getting Sued by Hawk.

St. Joseph's Hospital is being sued. Exhibit A in the suit? Exacq's Case Study on the hospital.

The Power of Suing End Users

Understandably, you might find it horrible that end users are being sued.

The end user gets the suit. Legal or senior management passes it to the security director, wondering what is going on. Not surprisingly, security is stunned. Security then turns to their integrator trying to figure out what happened and why they recommended / installed a system that is getting them sued. The integrator is blindsided. Now both the user and integrator are angry at the manufacturer. The manufacturer needs to do something.

Obviously, it is bad business to let your customers get sued so manufacturers become highly motivated to settle.

You will need to decide how much of a risk this is for you. There are tens of thousands of surveillance case studies and maybe 100 end users have been sued. Plus, it's possible for the suer to find information on end user equipment selection without depending on case studies.

Equally important, it is not certain how many other patent holders will seek a similar strategy, though given how well this tactic appears to be working, savvy patent holders would likely find this attractive.

Manufacturers, regardless of suits, will still want case studies. In an industry with a hundred (or more) companies selling something that at least looks the same as their competitors to the untrained eye, case studies clearly help convince / calm / justify purchasing a given manufacturer's products.

Most case studies are hopefully approved and authorized by the end users involved. Though, we are sure many are not.

First of all, if you are an end user or integrator, make sure any marketing material a manufacturer puts you in is approved by you. IPVM is no stranger to this as it is something we have fought against as we have a strict no manufacturer promotion policy.

Be Aware / Get Discounts

At the very least, be aware of this risk and if you agree to those case studies, make sure to get something out of it.

Compounding the problem is the fact that those statements in the case study that were harmless puffery and exaggeration, now are introduced into the case as a basis for damages.

You know, when you allowed them to quote you as saying that you 'successfully deployed hundreds of cameras', when it might have been about a hundred. Or when you were quoted as saying 'we rely on xyz video analytics everyday', when you stopped using them the first day.

This appears to be the new normal. How long until integrators start requiring indemnification from the manufacturers? Or, just don't publish case studies. At least that makes it a bit harder to be targeted.

That's a good point. Thanks for raising it.

The question of who is legally liable in such situations is a key one. As an integrator, it's probably prudent to have this in writing. As a manufacturer, it might be a differentiator to take a strong stand - a guarantee behind one's products being free / protected against patent infringement claims / suits. 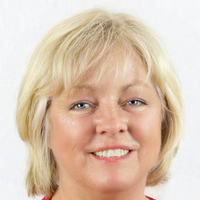 When I do a beta or pilot site or get a customers permission for case study, I write up a formal agreement between the customer, the manufacturer, myself and any other entity with involvement such as a 3rd party installer. It details out the expectations and risks involved and all parties sign it. Now that's not going to stop some clown from suiing someone anyway, afterall, that IS the great American retirement strategy right? But at least all parties go into the suit with a clear & written documentation of what was agreed to and not agreed to.

So does that agreement protect or indemnify the customer from a lawsuit like the Hawk ones or?

good point and no it doesn't but now that you mentioned it I'll add it. Following is all it says right now beyond the other 2 pages that cover the details of the agreement - I'll be happy to send you the full doc off line if it would be useful.

The parties agree to allow the use of the other party’s logo, website, name and contact information for marketing purposes. Marketing may be conducted via advertising in trade magazines, trade shows, on line media including websites, LinkedIn, Facebook, broadcast media including television, radio, podcasts, brochures, press releases, white papers and others. Each Party agrees to provide the other Party with advance notice of any marketing campaign And use is subject to approval by that Party.

Thanks for bringing that to my attention.

In August 2012, one of our clients recieved such a notice from Hawk for a case study published by Avigilon. The letter was forwarded to the legal department at Avigilon for comment. My client recieved an immediate reply, and letter from the chief counsel advising that Avigilon would assume any an all associated costs that might arise. But to ignore, and do not reply to any forms of communications. IE emails from untraceable domains, letter threat etc.. None came of the threats, but having a formal letter from Avigilon Chief Counsel put our clients fears to rest.

The letter was mailed, but had only a reply to a Hotmail.com email address.

Hawk tech listed a Florida Address and phone number on the letter, and included a copy of patent #5,625,410

My client also had their law firm, (Large National Firm) they agreed, ignore this stuff, make them spend money, and forward any form of communication to the manufacturer.

With Avigilon now owning so many patents, I do hope I never hear that my preferred vendor has become a troll. Cheers 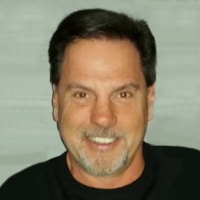 Disclosure - I am a Genetec employee

Genetec has obtained a covenant from Hawk Technologies not to sue any of our suppliers, customers, integrators, distributors or product end users or their succesors or assigns for patent infringement

Scott, why did you settle?

Were the patents that strong?

Or was the price that low?

So you paid them off to leave you alone and go bother your competitors.. Isn't that bascially the implication behind your statement....?

Well, is not that we each manufacturer seems to be doing here?

The settlements are obviously not disclosed but that is the impression I am getting.

Indeed, is that not what so many manufacturers did with OV? :)

Why should Genetec pay for Aimetis when Avigilon didn't pay for them...

Sure, they should have all pitched in together and it would have been cheaper and quicker. Maybe there is some antitrust reason they can't cooperate to that degree.

I wonder how much they really had to pay, though. The quick settlements without a much of a fight, point to one side having a stronger case.

I have to imagine the weaker side is Hawk: Terrified that a patent reexamination will declare '462 invalid, ending the 'gravy' train for good, they settle for next to nothing, and hope to dupe the next manufacturer into paying more.

But I think they are running out of steam now... As pointed out in another thread, Aimetis has retained the same counsel as Genetec, and will therefore be in even a better position to negotiate, IMHO.

To what degree is the integrator and their GL policy liable for covering any expenses relating to these types of end user claims? What keeps the end user from turning around and suing the integrator for providing, recommending, and/or installing the infringed material in question?

E, good questions. As for the GL policy one, you should ask your insurance provider for guidance there as it is not something we can answer abstractly.

The big thing that keep the end users from suing the integrator is (1) manufacturers tend to be fairly fast about resolving this, eliminating the need to sure anyone. Secondarily, it is fairly expensive for the end user to sue so, unlike a patent troll / enforcement entity, they are probably less likely to want to take that route.