Box cameras are the 'original' surveillance form factor. But how are they doing today?

Over the last few years, options have proliferated, including domes, minidomes, bullets and cubes.

In this note, we share exclusive IPVM integrator survey results that answer these questions.

Overall Usage Down and Limited

Less than 1 out of 9 surveillance cameras integrators deploy are now box form factor: 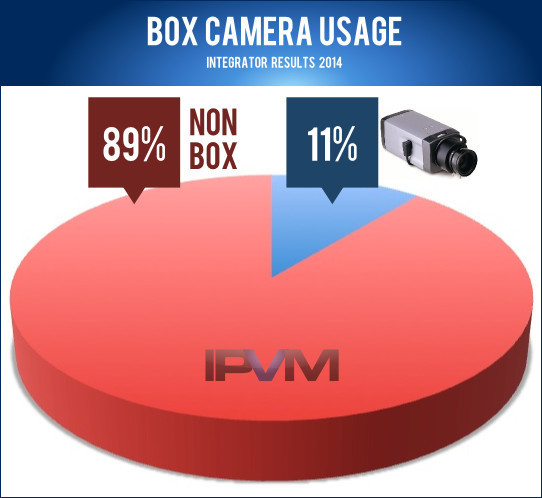 Indeed, hardly any integrators use box cameras more than one fifth of the time, with just a few 'holdouts' using box cameras for a majority of their deployments: 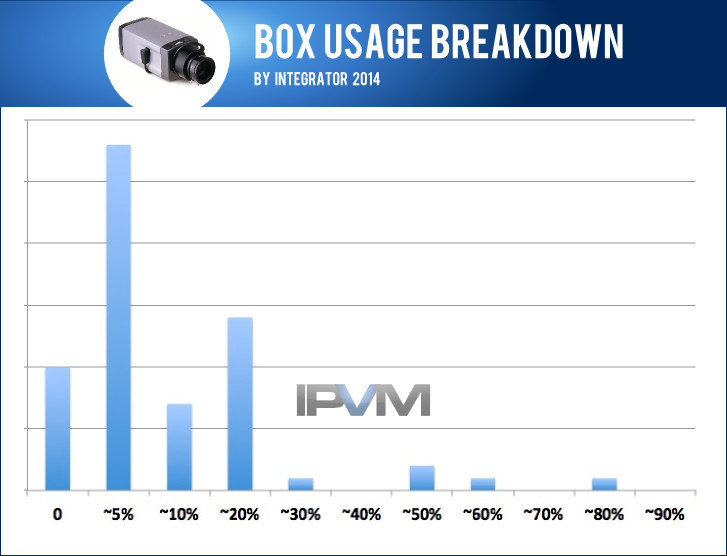 The reasons against using box cameras are literally the mirror opposite of why domes are so popular:

The most common speciality application was the need for longer lens. With domes, the bubble limits the maximum length but with box cameras, the lens can be as long as needed, since their is no fixed covering / enclosure built in. As integrators noted:

Replacing existing cameras was another speciality use case for boxes:

A few integrators noted that certain capabilities, like super high resolution, were only available in a box form factor:

More feature used to be a big reason for using boxes over domes but manufacturers have mostly caught up in adding advanced features to domes.

Finally, a few noted there use in harsh applications:

Move to Dome and Bullets

Comparison IPVM statistics show that domes and bullets have been gaining at the expense of box camera. For indoors, the better aesthetics and simpler install of domes pulls the market away from boxes. And for outdoors, the all-in-one outdoor enclosures and vandal resistance of bullets drives integrators from boxes.