What if there was a small device that could instantly convert / translate between AHD, CVI and TVI?

Gone would be any compatibility issues between the three competing but fast growing HD analog offerings.

There is a device on the market claiming to do this but there are some real concerns about it.

In this note, we explain the converter, the concerns and insights from one of the major HD analog providers.

Here is what the device looks like and claims to operate: 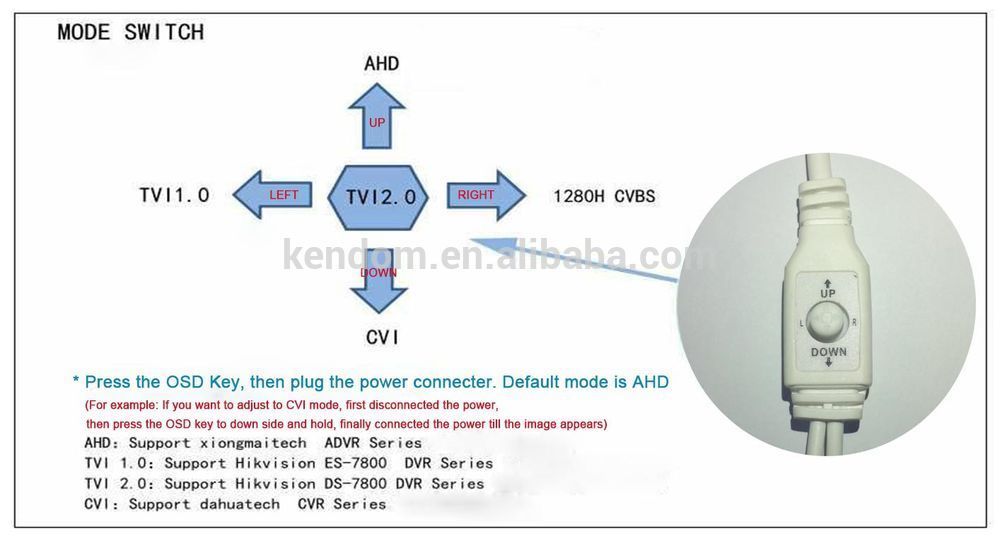 One plugs it into one's camera, in between the camera and recorder, and the device converts / outputs whatever transmission type you need for the recorder.

There are obvious concerns:

"This offering is provided by a low-key company called "HDI" in China. It is basically a bootleg solution without any license permission from Dahua (CVI), NextChip (AHD) or Techpoint (TVI). Thus, we don't believe in its legality. However, for the time being, it may not matter as the company HDI is not making themselves available to anybody. Outside of their distributors, who will not disclose their location or contacts, nobody knows how to contact HDI. They purposely stay this way to avoid any responsibilities. As of now, nobody can find HDI in China and their distributors just plead ignorance. Legality is not exactly a priority in China.

All the HD analog producers are having big headaches with this solution because there are many compatibility issues and performance issues related to this bootleg offering. This has many compatibility issues with DVRs as customers have complained that they cannot get the correct color, resolution, and image on the DVR. Distance performances are limited as well. We initially tried to support some of the customers who have used this but we have no way of knowing what the HDI solution settings and behaviors are. As you can imagine, all compatibility issues and failures in the field will be blamed on Dahua, NextChip or Techpoint, Nextchip, instead of HDI.

The main concern for OUR "legitimate" end customers are that they cannot find or locate this company in China. HDI have purposely gone in hiding. As a result, there are no legitimate mainstream customers in China who dare to use this solution due to the doubts in legality, performance, functionality, and simply finding support from the vendor if something goes wrong. However, as you can see there are now solutions selling in the field as there are smaller China manufacturers who are not afraid of customer backlashes or support issues. These smaller manufacturers are out to make a quick buck in the short run and they simply don't care.

Sadly, as HD analog solutions are still relatively new, most end users have no clue what they are buying until they run into the issues in the field. It is a headache for our "legitimate" end customers to support this bootleg solution. We believe the big manufacturers are working on legal actions against HDI soon providing that they can really find them in China. Nextchip also needs to find a solution for this HDI problem as well since HDI's low end bootleg solution is a huge threat to AHD's low price strategy."

While clever, given the limitations of this device's approach, this appears to be a recipe for disaster.

However, it does underline one important point. There is a real need to support interoperability across the different HD analog offerings. Since they deliver similar resolution video, use similar cables and connectors, many people are going to assume they are all the same and can be simply mixed and matched. We even saw this in our recent survey results, where many integrators conflated CVI and TVI with AHD, thinking that AHD was simply a general term for either.

Outside of returning incompatible products, all the HD analog providers need some way to make it easier to integrate other 'flavors' of HD analog into existing systems. The alternative will be angry, surprised, frustrated customers. Given the super low price points, we do not think this will stop HD analog but it will hinder adoption especially in larger organizations that care about interoperability and expansion.

Samsung Goes AHD, Sets Battle with Dahua and Hikvision on Jul 20, 2015
HD analog continues to grow. One of the biggest problems so far is the lack...
Comments (22) : Subscribers only. Login. or Join.