The Axton Nano is designed to illuminate large areas from above, aiming to cover much wider areas, up to 4,600 square feet, unlike typical illuminators or integrated IR cameras that provide spot illumination.

We bought one of these compact ceiling mount models to see how it performs in standard scenes, including a mid size conference room with normal ceiling height, and a small warehouse with high ceilings. 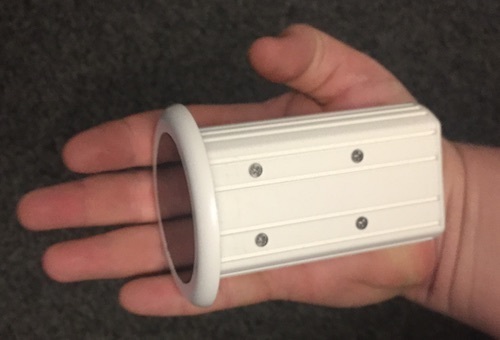 Inside, we look at its performance when used with both panoramic and standard cameras, and how it performs against the slew of integrated IR cameras now available.

The Axton Nano Low Profile worked well for adding IR illumination to panoramic cameras, which were otherwise unusable in low light scenes. However, mounted at standard commercial ceiling height (8-9'), its illumination pattern falls short of standard human height (~4' above floor) at only 20' distance.

For standard, non-panoramic cameras, users are likely better served by standard illuminators or low cost integrated IR cameras, as the Nano's ceiling mount orientation results in subjects being backlit if positioned between the illuminator and the camera.

In areas where multiple underperforming low light cameras are installed, such as warehouses, gymnasiums, cafeterias, etc., the Axton Nano may be a low cost option for improving low light imaging.

In the following video we provide a physical overview of the Axton illuminator. The illuminator is about the size of a recess mount dome camera (e.g., the Avigilon MicroDome).

The AT-5LE has a discrete design and does not stand out in the office or warehouse.  The model we purchased is Ivory, but is also available in black.  The housing has a low profile surround with a 1/8" reveal from the ceiling. The illuminator also only has two 2 IR LEDs, which do not draw your eye to the device. 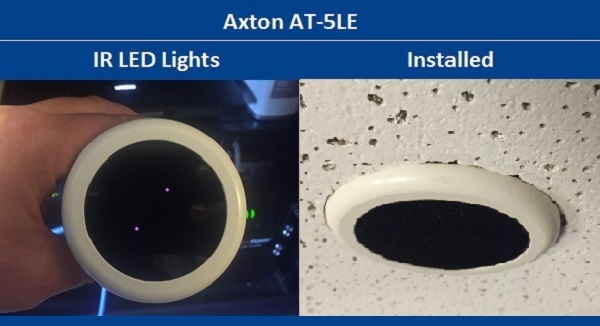 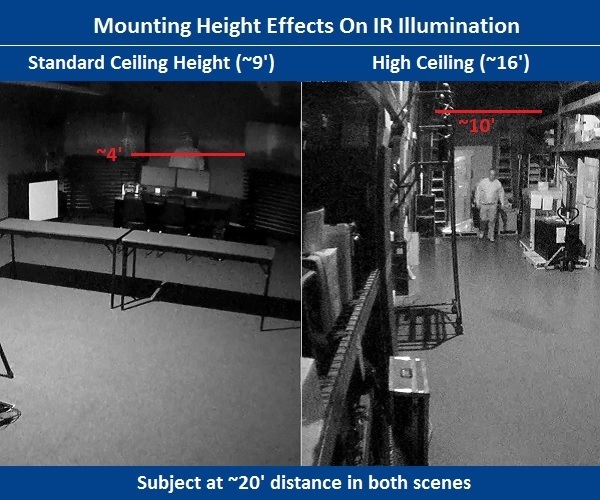 We tested the Axton Nano with a 5MP non-IR fisheye camera to see its impact on low light image quality.

In a mid-size conference room (~20'x30'), the Nano illuminates the entire room, seen in the image below. Without the illuminator on, the camera is almost complete dark. However, note that in this room, mounted at ~9' high, the illuminator covers only ~4' up some walls, as described above. 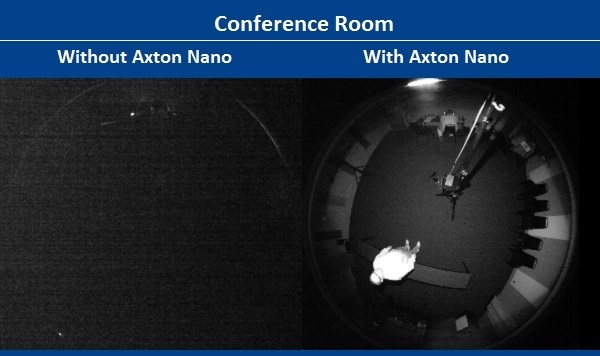 The animation below shows the effects of the Axton Nano on a 5MP non-IR panoramic camera. The camera is essentially useless in low light, producing no usable images, only noise. With the Nano mounted at ~16' height, the subject was easily visible at up to ~30' from the camera, seen below:

While the scene is illuminated for detection purposes, subject details are weak, seen here: 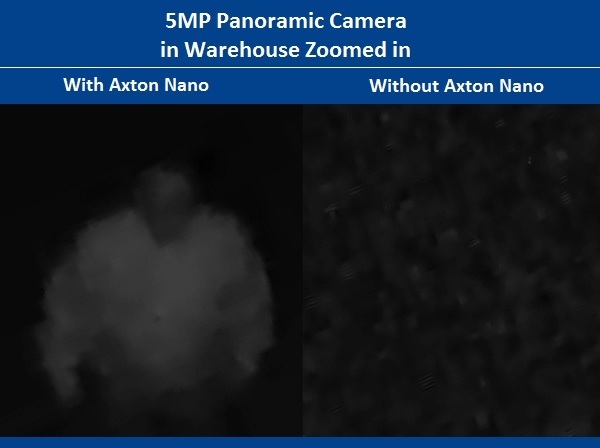 There are two key caveats in using the Axton Nano with standard cameras:

First, when subjects move between the illuminator location and the camera, their face/front of their body are shadowed, as seen here: 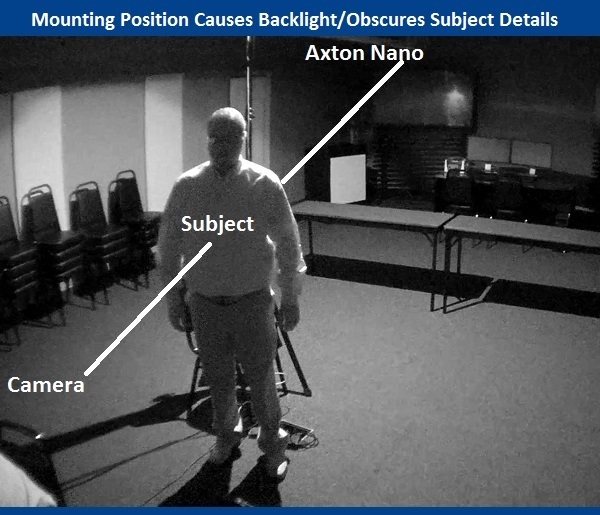 This especially noticeable in the warehouse scene below. The subject is clearly illuminated when on the far side of the illuminator, but becomes increasingly backlit as he approaches the camera.

For example, in the conference room scene, an integrated IR model does not suffer from the IR pattern issues, shadows, and backlight problems seen when using standard cameras with the Nano, and provides stronger IR illumination on target. 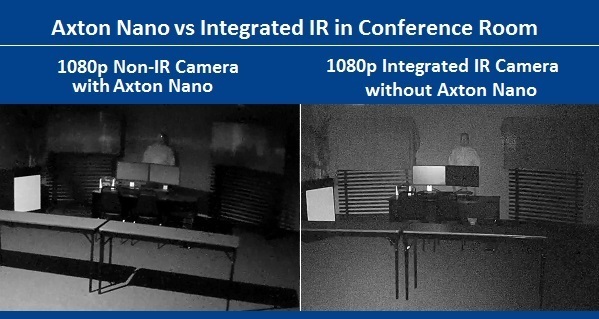 The detail below shows the difference in these two cameras at near range, when the subject is between the Nano and the camera, causing backlight. Though he is moderately washed out in the integrated IR model, details are still visible, where the subject's face is essentially shadow in the model using the Axton illuminator. 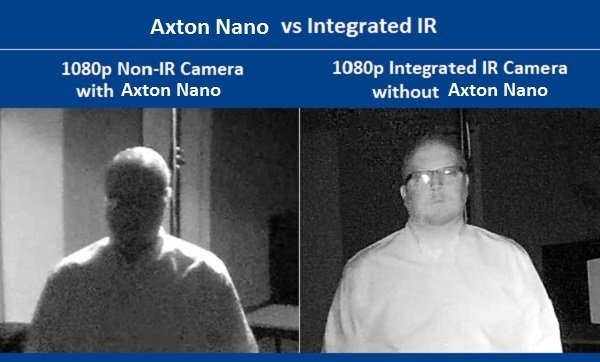 Though all the issues must be carefully considered, we see one potential fit for the Axton Nano in retrofit applications where multiple cameras are installed in one area.

For example, in the warehouse scene in this test, multiple non-IR HD cameras with poor low light performance have been installed. Centrally locating the Nano in the center of the warehouse provides illumination for all these cameras, instead of requiring separate illuminators at each or replacing them with integrated IR cameras.

360 Degree IR Illuminator Released (Axton Nano) on Apr 06, 2016
IR illuminators have historically focused on only the camera's field of view,...
Comments (2) : Subscribers only. Login. or Join.