Despite this, they are a popular choice for jails, elevators and other confined areas.

Axis has now announced its own HD corner mount cameras.

In this note, we examine the key claimed differentiators, pricing and competitive comparison against Bosch, Mobotix and Vicon options.

In this note, we examine  Axis' corner mount cam.

Axis' first corner mount form factor, the Q8414-LVE is a vandal rated (IK10+), IP66 rated enclosure that contains a 720P/1.3MP camera with an integrated IR illuminator and Lightfinder. The camera is designed to mount at the corner of two walls and a ceiling in a small room: 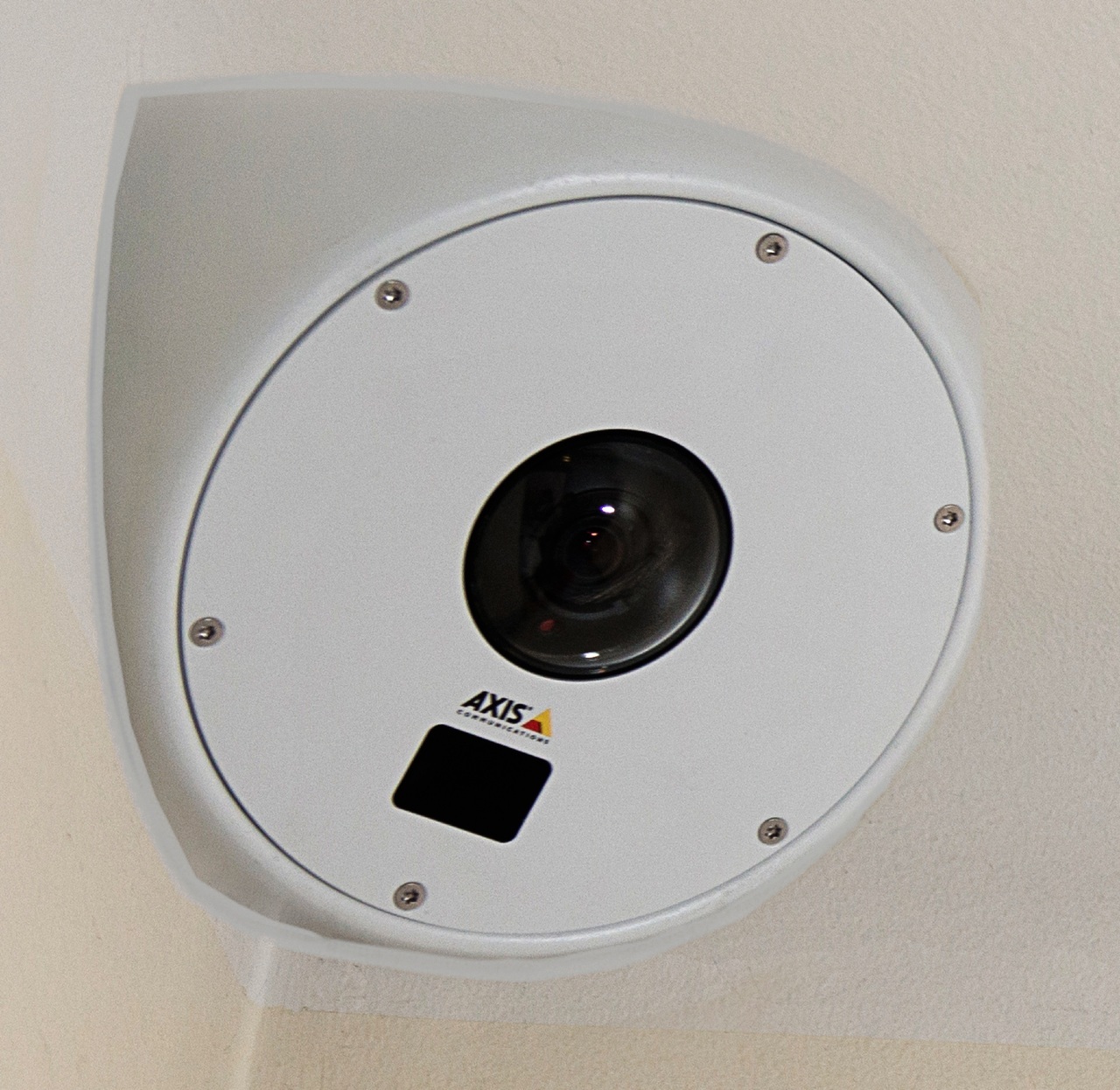 'No Provoking': [The Q8414-LVE] "minimizes the risk of provoking the person in a room. No light, no sharp edges and a round shape help create a more “friendly” visual expression. The product also comes in two color versions to blend into the environment as much as possible. The camera will most of the time be there for the security of the contained individual to prevent self-harm, so we have tried to make the camera as “non provocative” as possible."

'Invisible' IR: Axis claims 'built-in invisible IR LED illuminator', explaining to us that the: "Q8414-LVE uses a 940nm LED and has taken the (red wavelength) bleeding into account and added technology to make it invisible." This is different than the common 840nm IR used in cameras that has a clear red glow.

IR distance: Axis tells us the range will be “up to 33ft depending on the scene" and that "designed for use in small rooms so this range reflects that"

Wide Angle: The AoV is up to 105°, which is designed to 'cover the entire room without blind spots'.

No Integrated Speaker: While the unit includes a mic, it is not equipped with a speaker. This limits audio one-way, unless an external speaker is connected to the 3.5mm Mini-RCA audio port on the camera. Axis explained that "we decided to not include a speaker inside the camera as we do not want to have a lot of holes (that you need in a speaker grid) due to the fact that inmates stuff everything they can produce in every possible hole in such a product."

Likely installations for the Q8414-LVE are limited to a few niche applications that place heavy emphasis on low profile, vandal resistant, and shallow AoV enabled cameras. These include:

Detention/Incarceration: The housing design has no exposed edges or potential ligature points, and with the covert 940 nm IR illuminator, the camera can be operational with no outward indication. This combination is ideal for installing inside a holding cell where any provocation or opportunity to misuse gear is a problem.

Elevators: The low-profile and relatively wide FoV mean the unit can be tucked into high corners of elevator cabs. While the scope of proper elevator surveillance includes a number of design factors (ie: traveling cable, power), the Q8414-LVE addresses the issue of camera placement.

Interview Rooms: With a distinct preference for covert style cameras, the range of IP based surveillance options for these spaces are limited. Axis option will likely have broad VMS compatibility and ONVIF S compliance where other products are proprietary or more difficult to integrate.

There are several other IP based corner mount cameras. These options are also vandal rated with housings designed to reduce the risk of brute force damage or breakage:

Given the limited options, Axis broad support and customer base, we think the Axis Q8414-LVE has potential to become the most widely used camera in this niche segment.