As camera resolutions continues to climb, the likelihood that you will ever display any camera at full resolution on a monitor declines. This is even more improbable for the normal configuration of 4, 9 or 16 cameras on screen.

How do you help operators handle this?

Axis has a free app for that.

This video shows Axis Digital Autotracking in action. Notice the 2 streams (full and autotracking) and the tradeoff between each one:

Axis' digital autotracking may assist operators performing live monitoring of a system by drawing attention to moving objects they may not otherwise notice, especially when monitoring large numbers of high resolution (1080p and up) cameras.

Its detection performance is roughly similar to our past tests of Axis VMD 3 or 2.1, with digital tracking added.

However, detection and exception zones should be carefully configured, along with swaying/small object rules to reduce nuisance activations, and nighttime performance may be poor in very low light scenes.

Digital Autotracking is available as a free download directly from Axis. It is compatible with many (but not all) Axis models, including the majority of new (<1 year old) cameras.

When enabling Digital Autotracking, the camera is configured with two streams: 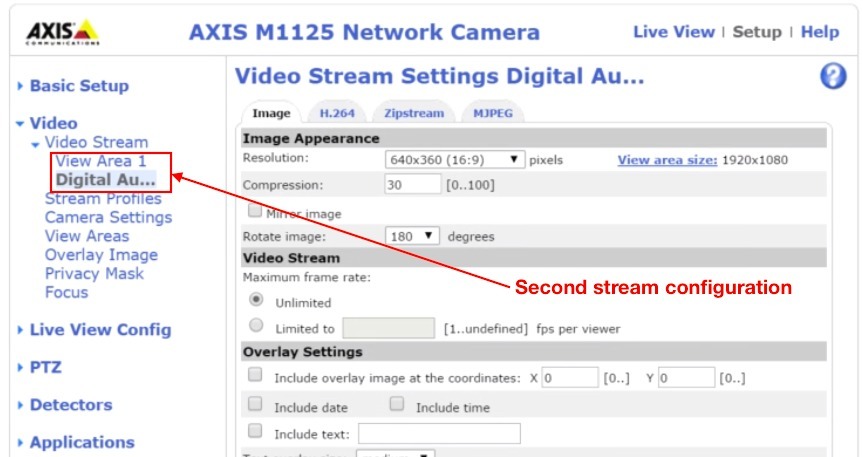 Typically, users would record the full stationary overview stream and only use the digital autotracking stream for live viewing, as it contains redundant video which can be seen by digitally zooming the overview stream during playback.

Based on our tests, we recommend using this default stream size. When using higher resolutions, the digital autotracking "zone" does not center as tightly on objects, but no additional detail is delivered. Lower resolution streams make tracking more difficult, as object size may become too large to be contained in the digitally zoomed region.

In our tests, Exacq, Genetec, and Milestone were able to utilize the autotracking stream, but Avigilon Control Center was not.

Cameras using Digital Autotracking add and appear differently, depending on the VMS:

In Exacq, the stream appears as a secondary stream in their multistreaming options, seen below. Users simply add stream and it appears as a separately configurable stream.

Security Center treats the camera as two separate cameras on a single device, similar to a multi-channel encoder. They may be configured, recorded, and added to views independently. 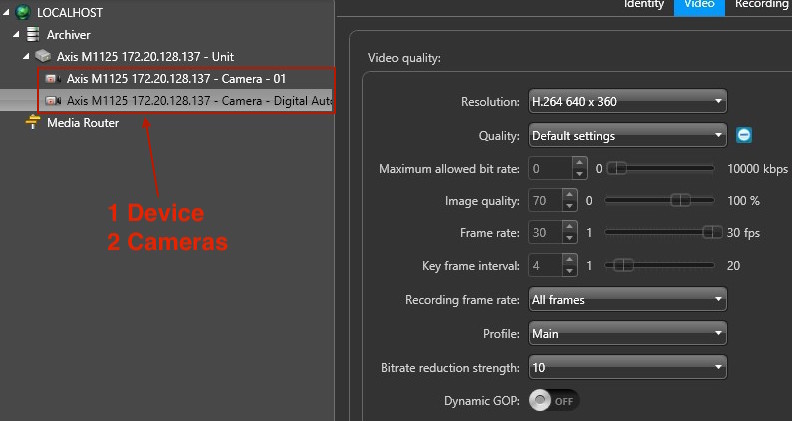 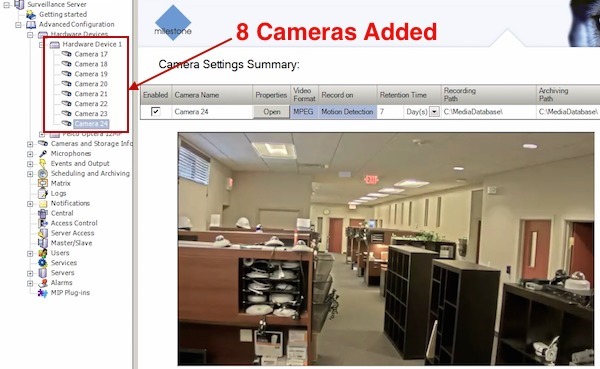 Similar to Axis' other analytics (VMD 3 and 2.1), which Digital Autotracking is based on, false activations from vegetation, shadows, and other nuisance sources are common if using a full screen detection zone without exclusions. 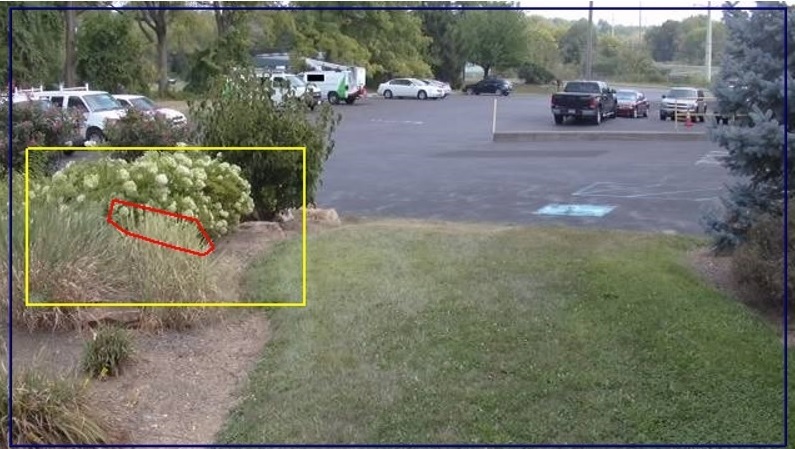 As with VMD 3, removing these objects from the FOV with exception zones or adjusting swaying object settings eliminates nearly all of these nuisance alarms. 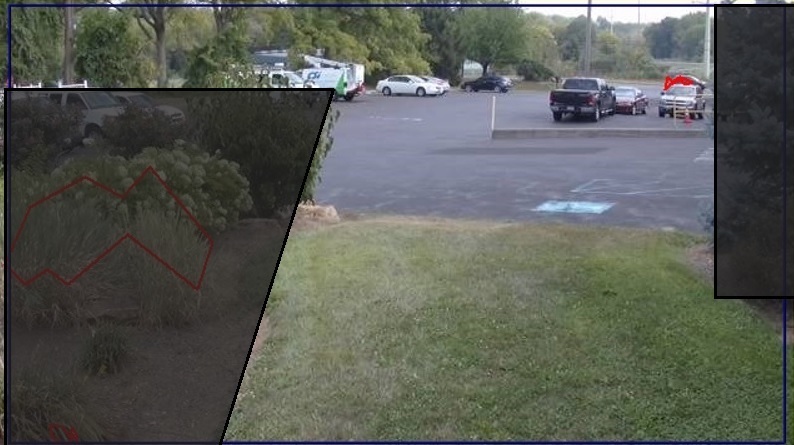 Outdoors, Digital Autotracking was able to track subjects across a ~275' horizontal FOV, ~7 PPF using a 1080p camera. This results in range of about 225' to target when using a ~60 degree angle of view.

The video below shows autotracking using the M1125 on the left, with the full stream on the right. The subject begins walking at ~300' from cameras.

Tracking performance in daytime scenes was similar between the 1080p M1125 and 4K P1428-E. Axis informs us that the P1428-E does not use the full resolution stream for tracking analysis, but a lower resolution stream due to processing limitations. Because of this, both tracked subjects at approximately the same distance in both our outdoor parking lot and field scenes.

This video shows the 4K and 1080p cameras side by side tracking subjects at ~225' in our parking lot scene:

However, in low light, tracking performance decreases significantly. Our subject is visible at ~80', but the camera does not track him until ~20' range, about a 75% reduction in distance. This reduction is similar to our findings in our test of VMD 3, as well.