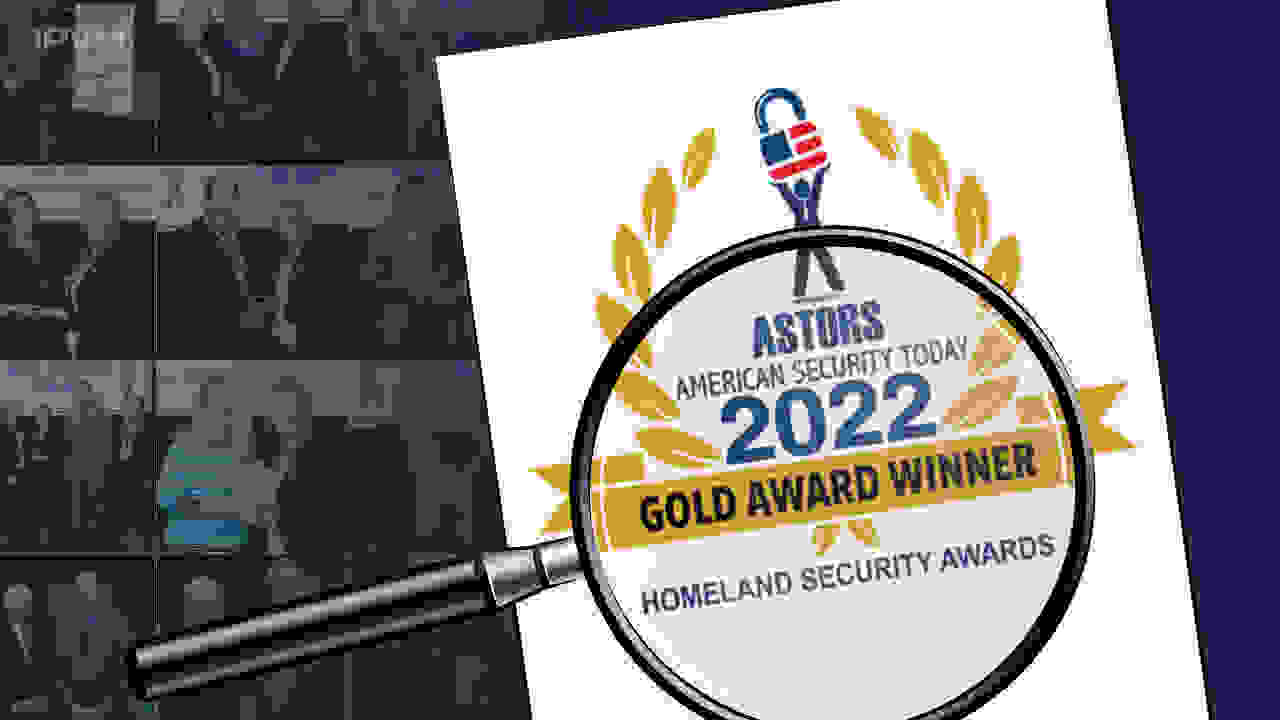 In this report, IPVM examines the company behind the awards, its pay-to-play award scheme, the selection process, award criteria or lack thereof, previous winners, and the response from American Security Today itself.

The Homeland Security Awards are hosted by American Security Today (AST), a digital publication that "focuses on news and evolving homeland security threats at all levels," as well as the security marketplace. Its website states that it has over 75,000 readers "at the Federal, State, and local level of government as well as firms allied to the government."

Its LinkedIn page states that it has 2-10 employees, though only its publisher Michael Madsen was listed. The company's website shows a team comprised of three employees and six guest editorial writers. According to its LinkedIn, the company was founded in 2015.

A substantial component of American Security Today's programming is its "U.S. Homeland Security Awards Program". The awards program states that its goal is to recognize industry leaders in a number of security submarkets, as well as individuals who have demonstrated "outstanding efforts to Keep Our Nation Secure." 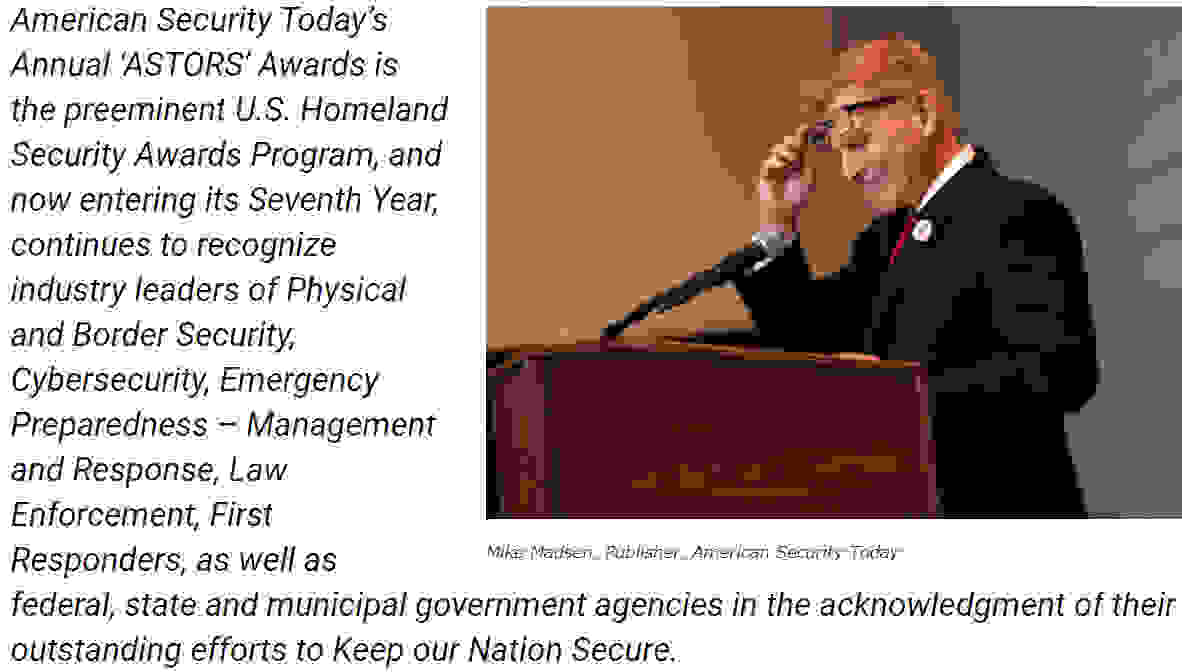 In the interview below, publisher Michael Madsen states that the awards program celebrates the innovations of top vendors and government agencies. He notes, "they also advertise throughout our pages but we recognize them today and honor them for the solutions they're bringing forward."

Madsen also emphasizes that the awards are "highly publicized" and that "the press the program received is second to none." He claims that the "US Homeland Security Awards" are "the largest program in the country" and states that they have "well over 100 awards winners." In IPVM's research, this is, by far, the largest awards program we have found, based on the number of awards given.

Concerns With The Awards Program

In 2022, the awards program listed 121 awards that a company could be nominated for. 107 companies and 153 products were nominated.

Even more products actually won in 2022 with 177 winners announced, 56 more than the original categories listed, and 24 more than the products nominated (see the full lists of winners here, here, and here).

Finalists are compiled in an AST ‘ASTORS’ Finalists Edition Magazine and listed by company and product. The magazine does not list the number of vendors of products by category nominated. 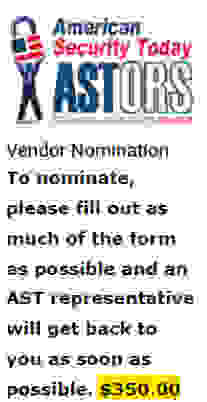 The list price of a nomination is $350 each and assuming that each company pays this amount, 2022 nomination fees would total approximately $45,300. There is one mention of an "Early Entry Discount" but the article does not specify the details of the promotion.

If there are not any applicable categories, the organization will also consider adding more categories that are better suited:

Some products that are not nominated may also win.

A Panel of Judges

AST claimed it had an "AST Panel of Judges" in 2017 that would determine winners of the awards. The site stated:

Official Judging will be completed by an AST Panel of Judges comprised of Industry Leaders in their Respective Fields.

The article announced the addition of two judges, by name, though no public records show what the total number of judges or names, and AST refused to comment.

One of the judges announced was Min Kyriannis, CEO of a software development company, Amyna Systems. 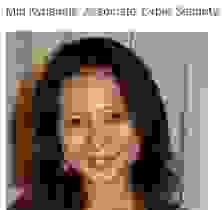 Her company was recognized for Excellence in Cybersecurity in the 2022 awards program. There is no other mention of her judging responsibilities on the website.

Kyriannis told IPVM that the award was a surprise:

We were provided information on products that we are to judge on – Amyna Systems was not on the list. In fact, Amyna was never a submission. ASTORS awarding Amyna came as a surprise.

Kyriannis emphasized that she recused herself from any areas that might be perceived as a conflict of interest:

As for conflict of interest, I can speak for myself only. At any time if there was a product that I know or if I knew of any “friends” who submitted an entry, I will and have taken myself off of judging that product/company/person.

In the same announcement, AST stated that Doug Haines, owner of the security consulting firm Haines Security Solutions joined the panel of judges in 2017. Haines did not reply to IPVM's request for comment. 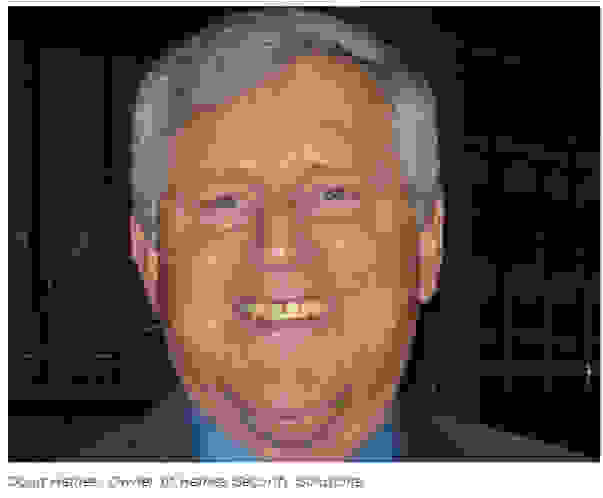 Haines posted on LinkedIn in 2022 about his company which won a "coveted Platinum Homeland Security #Astor Award in 2020 for Best Virtual Classroom/ On-line Training/ Mentoring."

According to his guest OpEd on the AST website in 2022, he has served as a judge on the panel of judges for six years.

The criteria of the awards program do not specify factors or capabilities considered. AST’s Editorial Director Tammy Waitt stated that nominations are evaluated on their:

technical innovation, interoperability, specific impact within the category, their overall impact to the industry, relatability to other industry technologies, and application feasibility outside of the industry.

According to ASTORS award judge Kyriannis, judges give feedback on products based on provided information as well as online sources:

Products were judged without speaking to product owners or speaking to other judges. We ranked it based on reviewing the product with the information provided and what was available online for review. From there, we provided rankings and feedback back to the ASTORS.

Kyriannis stated that a product or company can still win even if not nominated:

Can a product/company not listed still win – most definitely. There were some products/people that were not listed that were provided awards in the past.

One Category and Multiple Winners

Many companies have won the same award in a singular category. The winners are divided into levels of "Platinum, Gold, Silver, and Bronze." The website does not explain what these levels mean nor how they are determined.

Companies can also tie for the same award at the same level. In 2022, AST notes that this "rare" event occurred thrice (though IPVM counted four) and is due to "extremely differing objectives and/or very similar technology applications."

Both Xtract One and Liberty Defense tied for Gold in Best Metal/Weapons Detection Solution, in 2022. ZeroEyes was a platinum award winner and Athena Security was the silver award winner. 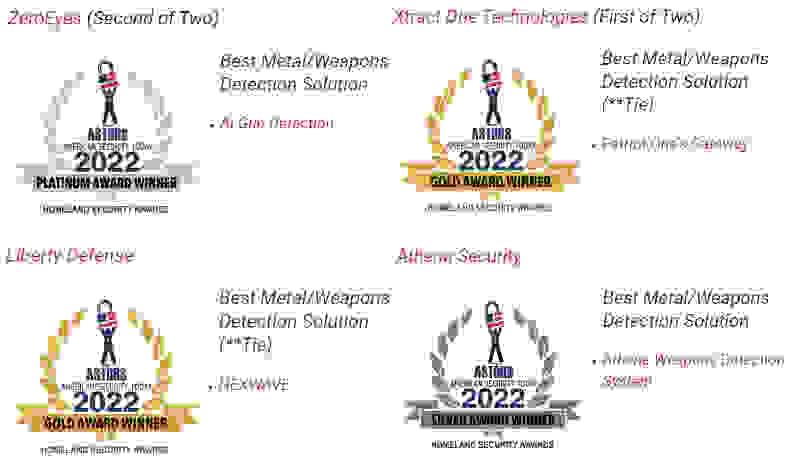 While Evolv was notably absent from this category, Evolv did win gold for Best Pedestrian Entrance Control, along with Xtract One Technologies and Automatic Systems America, which was the platinum winner.

Kyriannis also explained that multiple winners and a tie may be possible based on the overall feedback from the judges:

We provided information and feedback back to ASTORS with what we felt were the rankings based on our findings. We were not given the final outcome, but I suspect that the tie is based on the overall feedback from the rest of the judges.

In spite of the hundred-plus nominations and awards given, some larger companies in the industry were not nominated or awarded in the past two years. Notable companies missing include Bosch, Motorola and its subsidiaries, Ava, Avigilon, Pelco (though it won in 2020); Honeywell, Mobotix (2020 winner), Ubiquiti, Verkada, and Vivotek.

The ASTORS awards have been cited with greater frequency, especially by winning organizations who reference them as a "preeminent" program" or "prestigious" award.

A DHS spokesperson said that "homeland security, though trademarked could probably be used for an award focused on the topic. US added in front denotes the Department."

The DHS has its own Secretary Awards that honor "the work, sacrifice, and professional excellence of 876 employees from components all across the Department of Homeland Security." The DHS also has a program under the SAFETY act that designates appropriate products and services as "Qualified Anti-Terrorism Technologies."

In 2021, IPVM covered an integrator named "Homeland Surveillance" whose use of the US great seal raised concerns about misrepresenting affiliation with Homeland Security.

AST hosts an accompanying luncheon that costs $85. The event had over 200 "distinguished guests", including current and former law enforcement in attendance in 2021. Below is a promotional video highlighting the event:

The event is sponsored by a number of companies, all of whom have won a homeland security award this year except for RX Global (though RX is the trade show organizer where their luncheon is held at ISC East). 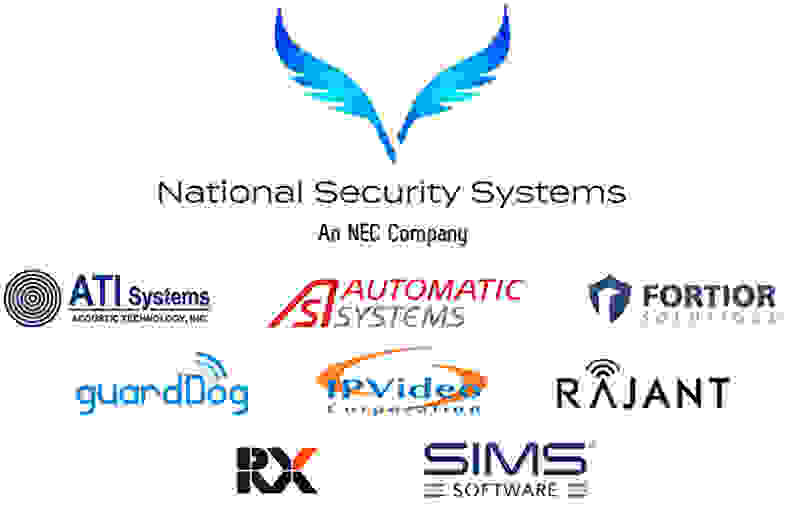 The security industry has a variety of award programs, which typically grant dozens of awards with a greater number of nominees not winning.

Security Today and Gov Sec also rank and give awards to companies that they believe are "outstanding government security products" through their awards program called 'The Govies' Government Security Awards. 56 products were awarded Govies in 2022.

The Govies explains that they have an independent panel of judges to select the winner among top entries, although they do not disclose who this panel is comprised of:

An independent panel of judges from the security industry selected the top entries in the 2022 categories and named Platinum and Gold winners using criteria including Features, Innovation, User Friendliness, Interoperability, Quality, Design, Market Opportunity, and Impact in the Security Industry, Technical Advances, and Scalability

IPVM has a history of criticizing awards, e.g. Do Not Trust Frost & Sullivan Awards, Best New Product Awards Investigated, CES: Our Awards Are Not Endorsements, etc. However, even compared to those awards, the ASTOR program represents a new high in the number of award winners and the relative ease of winning awards.

IPVM reached out to a variety of award recipients to get their feedback on the awards process and the accolades won.

Genetec told IPVM that though they did not apply for any ASTORS awards, they still won in the category of the Best License Plate Recognition Solution in 2021:

Overall, Genetec is always grateful and humbled to be nominated to receive an award that recognizes innovation in technology and/or how our solutions help solve customer challenges, and/or recognition for our employees' or partners' expertise and dedication within our industry.

We do not have any specific comment on this particular award.

XtractOne explained that the process was "very simple":

Bosch (who, for some reason, did not win an award) did not give any official comment:

We do not have any input or comment on the awards program.

IPVM also contacted AST's editorial director, Tammy Waitt, and the President of NEC corporation, Kathleen Kiernan who has been involved with the ASTORS awards, but they have not responded to IPVM's requests.

While we previewed our concerns and asked 6 questions about the program, CEO Michael Madsen declined to answer, emphasizing he had "built a solid controlled audience, so no outside promotion is necessary":

When IPVM clarified that we were investigating the ASTOR awards and not providing promotion, Madsen eventually accused IPVM of harassment and stated that the program is involved with "nationally known law enforcement figures."

When we responded by emphasizing that "we do want to make clear what our questions and concerns are so that you have an opportunity to provide input before we publish," Madsen responded alleging a law enforcement figure would be investigating us:

IPVM has not received any reply from AST since. If we do, we will update this report accordingly.