CES: Our Awards Are Not Endorsements

The CES show has added an Orwellian disclaimer that it does not 'endorse' the products it gives awards to, following IPVM criticizing CES for giving an award to a product that flagrantly violates FDA guidelines putting the public at risk. 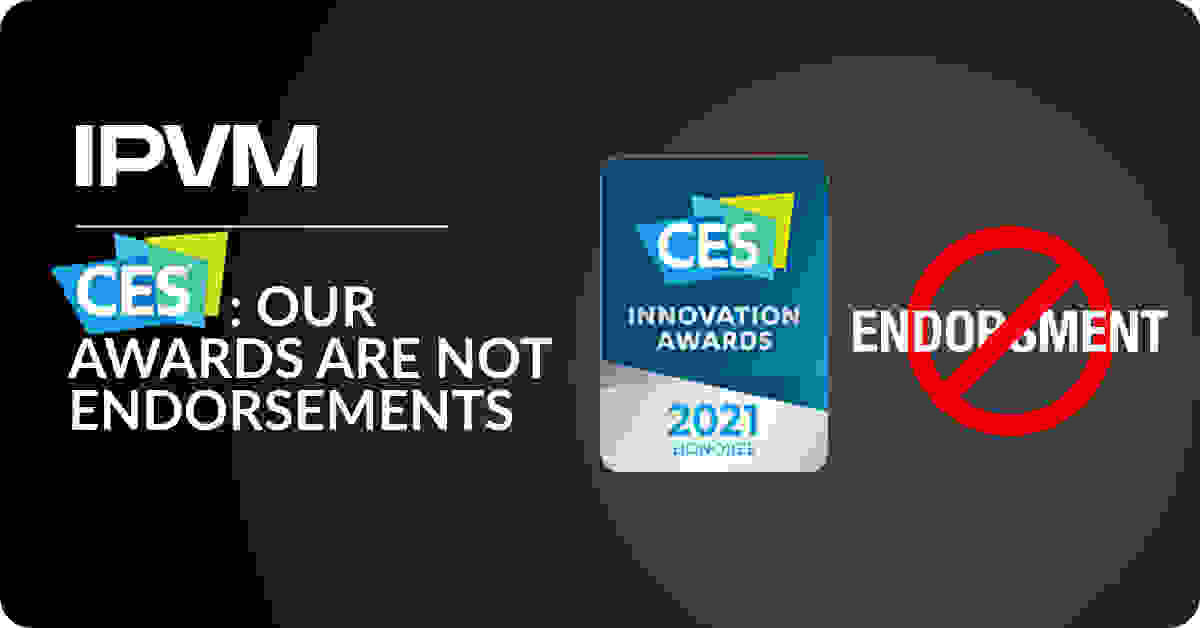 CTA does not test or endorse the Innovation award-winning products.

This is the same statement that CES emailed us in response to our reporting on the fever detecting doorbell.

We verified that this statement was added between January 13 and January 14, 2021, because Archive.org's record of that page on January 13, 2021 does not have that statement, as the comparison below shows: 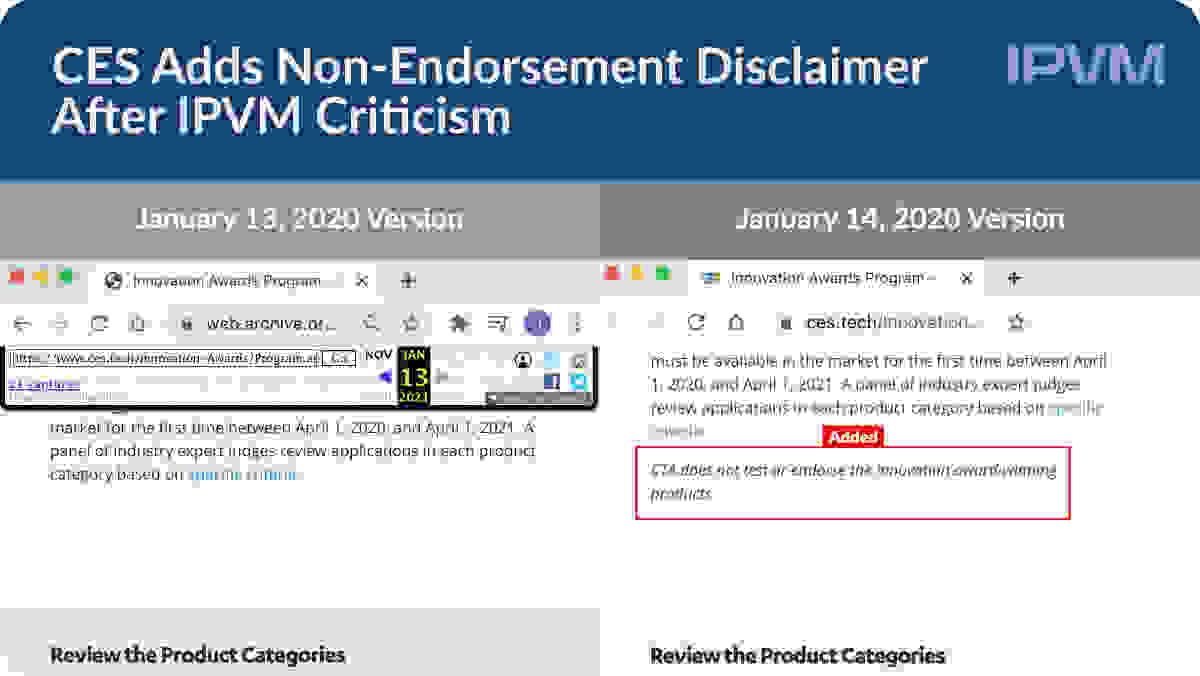 An Award Is An Endorsement

The definition of endorsement is 'an act of giving one's public approval or support to someone or something':

CES is providing public approval and support to these products.

At the same time, CES alleges it "is the most influential tech event in the world':

The public should reasonably expect that the 'most influential tech event in the world' takes responsibility for the awards it bestows, instead of adding in a footnote that alleges their awards are somehow not endorsements.

I wonder if this will eventually start having ripple affects in the awards industry. As we've all come to know over the year, most awards are paid endorsements. But that carries potential liability with it, too. Maybe awards will have to start being more clear and specific.

For example, CES might have mitigated some of this buy calling it an Innovative Idea award. At least saying you are awarding the idea conveys you are not necessarily endorsing the products viability. Of course that lessens the award's value to the producers you are trying to sell it too.

calling it an Innovative Idea award

That said, I do agree with your line of thought, proper disclosure, with something like an "Innovative Idea" would help the public better understand the lack of analysis involved in these awards.

The really sad part is that so many people, even so called professionals, are fooled by the validity of these awards. 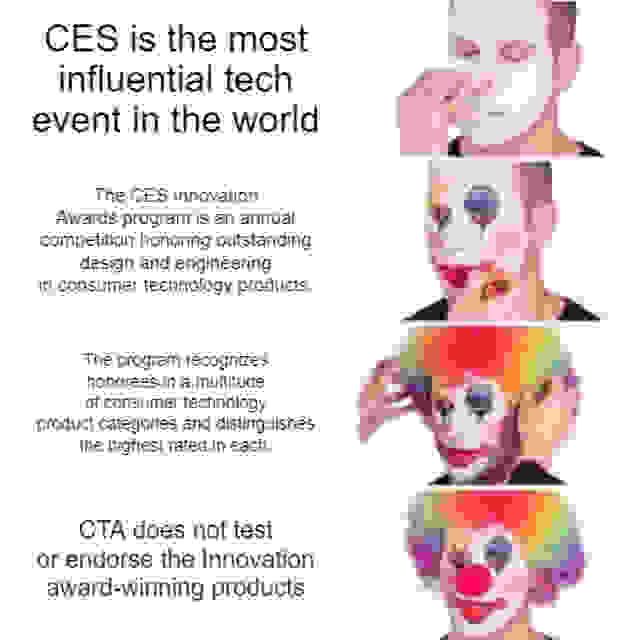 I've spent over 8 minutes researching and developing this solution for our schools. I've also given myself the award after all I can attest to its validity. 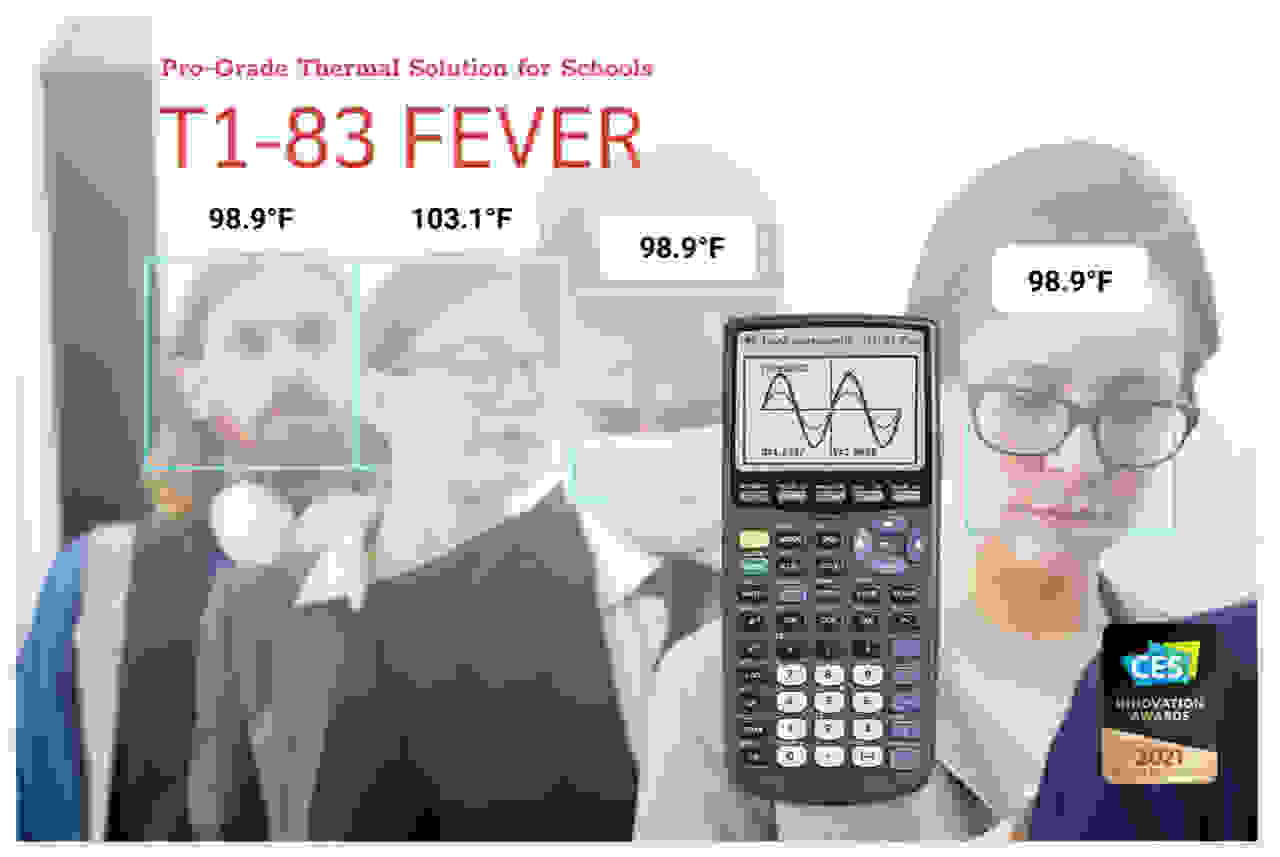 In all seriousness. Im stunned about CES.

Local news in VA showing the new device along with alarm.com pressure mat.

This appears to be a self-proclaimed "cancel culture" pass as well. You never know when you're going to need one.