Arecont Vision has cut 4 rep firms and will be replacing them with direct employees.

Inside this note, we review the details of the move, provide feedback from Arecont management, look at Arecont's position and the impact of the change.

Been in the industry for over 30 years, I've never seen this as a successful move

Robert, can you elaborate on the problems you have seen?

Sure, REP firms usually have more than one employee, know the industry, know the players, make sure they know the product inside and out and are fully commissioned based.

Robert, I do see the benefits of rep firms in general. My main hypothesis is that direct sales employees are better if your company is targeting a smaller number of large accounts while rep firms are better going after a broader, more mass market approach. My perception is that Arecont has been focusing more on the former as the race to the bottom has limited mass market opportunities. 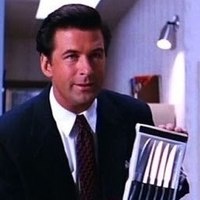 My observation (not that I'm nearly old enough to have Robert's experience...:-0), is that the quality of both direct employees and Rep firms vary from region to region. Perhaps the firms being cut have not performed to expectations. It would be more telling if Arecont replaces them in addition to having a regional direct Rep.

In terms of their market approach, Arecont seems to be focusing (no pun intended) on higher quality video. The company is one that is not in the race to the bottom, imho.

My experiences are colored by having access to Rep Marketing, one of the best product representatives (direct or rep) in the country.

It would be more telling if Arecont replaces them in addition to having a regional direct Rep.

Arecont told us they are not replacing the cut firms with new firms.

This has not been my experience. Most of the rep firms that we have dealt with (that sell to us) know very little technical details about their products they rep. Its possible that I havent came across an experienced rep firm though yet, or its just a coincidence that I get all the uninformed ones.

But it was enough to make me think, "if i ever manufacturer a product, i would never hire a rep firm"

Sean, I have seen clueless reps, too. But we also seem to have a lot of pretty good ones in our area of Central Florida. Where reps really come in handy is when I have trouble getting a specific, technical detail out of a manufacturer. The rep usually does the work for me getting that information out of them so my time is not spent doing it.

Actually we did it at BOSCH and it worked well.  Then there was a change of leadership and it changed again, and then back to direct.

Our Bosch video rep showed up at my door for the first time about 6-8 months ago, and has been great. Their intrusion guy in my area is a nice guy, but a total beatdown -- always seems to show up at just the wrong time, but I can't blame a guy for showing up consistently even if his timing is somehow always awful. But, I had never heard from their video group until about 6 months ago, and he's been very engaged ever since. Obviously that's only one market, but I did find it interesting. Perhaps a renewed focus from them?

I have direct experience with two of their rep firms -- Warren in California, and Campion in Texas. I won't go into detail except to say that I am not at all surprised that one of these was cut, and the other remains in place.

Interesting conversation. I have worked for a number of Rep firms and hired and fired them over the years in other industries.  Reps are coin-operated, so you get what you pay for, just the same as a direct hire. But, in most cases, you gain a talent pool you wouldn't otherwise have the ability to afford. John, as you said, reps are good for going after the mass market approach, but truthfully, the better reps go after both mass market and large accounts. The best ones shift back and fourth based on each lines' needs and what market demands are for a particular line. In most cases, Reps are commission only, so it takes some stones to be a rep. They tend to be top 20% sales producers.

The best seasoned reps know far more than direct hires about the market and how your organization is viewed internally and external throughout the industry. If you are not getting what you want out of your rep, you need only ask them why.  Just be sure to set your ego aside and actually hear what's being said. You will most likely be very surprised about what you learn in regards to growing your business sales and efficiencies.

Reply Edit
Delete Create Issue
Create Topic
Ban post
In reply to Undisclosed #4 | 03/03/17 07:24pm
One significant difference when using a Rep Firm is how you treat them and if you empower them. A direct employee has access to the right people and authority to get things done. This makes them look like hero's. A typical Rep Firm just doesn't have the authority to do much in most cases. It's not always a failure on their part, it can be a failure of the manufacturer to not allow them the tools. Direct employees have a focus and may not have all the contacts or the reach into various reasons to be in a end user / integrator's office. However, they usually have better and more current product knowledge because they have a limited selection. Rep Firms add value by having many reasons to get into a project or integrator. However, they have to manage anywhere from 5 to 15 various lines, all with different demands, processes and contacts. How the manufacturer views and supports them is crucial. Ask yourself, "Why would Arecont go direct employee?" I'm pretty sure "The Survey Says!"
Reply
Agree: 2 Disagree: 1 Informative: 1 Unhelpful Funny Fav

Arecont has been trying to get someone to buy them for the last three years.

There are two reasons behind this move.

1. By having a large sales team, it adds to the overall valuation of the line. No one buying an organization can feel comfortable about having a sales team on a 30 day renewal contract.

Paying a Rep. organization 5-8% of total revenue monthly (average Rep rates) is much more costly than slowly hiring junior reps under there existing regional managers. This savings will go straight to the bottom line which leads to a more favorable sales price.

This is a good short term move if Arecont can sell the company in the next year. After that, it will kill there pipeline. There booth at ISC and ASIS will dressed to sell:)

One thing I will say is that Arecont pays its sales people really really well. This is something we have continuously heard over the years. Obviously it is not all rainbow and sunshine, Arecont is a high pressure sales environment but low pay is not a complaint.

That is not my point. Lets do the short term math.

Lets say Arecont has a Rep firm doing $4,000,000 a year in business at a 6% payout. The payout is $240,000/year (excluding any bonuses). In the short term by taking your time hiring the junior replacements you are pumping 20K into the bottom line per month. Even when you replace them with a junior rep at 80K (first year earnings), your out of pocket is around 150K.

My point was this will work in the short term, but soon not having the Reps book of business and number of outside people will soon hurt the pipeline.

You are assuming they are hiring junior sales people. Maybe you have evidence of that but I do not.

Historically, what I have been told is $150,000 - $250,000 compensation for Arecont sales employees and consistently higher than what Axis, Hikvision, etc. pay. Again not saying I would recommend working at Arecont, just saying they tend to pay well.

I am in the wrong field in this industry. Anyone have a soul they want to buy?

Arecont provides convenient Long Term Soul Storage as an employee perk.  I think they use the same company as Verint and Giant Gray.

I found this that supports #5's contention of lower paid reps:

We buy a lot of cameras and typically these are in the high end spectrum of Arecont Omni's in 12 and 20 mp versions, Vivotek 180 degree cameras and the Sony 20 mp. We didn't hear from Arecont's rep firm so could it be any worse to have someone on inside or external sales working the NW territory?

Jim, thanks! I see it's your first comment, welcome!

This article is part of IPVM's 6,800 reports, 913 tests and is only available to members. To get a one-time preview of our work, enter your work email to access the full article.