ADI wants you to buy alarm system parts from them, not those kits on the Internet.

Leveraging scare tactics, they have made an unsurprisingly weak case against DIY. In this note, we break it down, look at the real tradeoffs and better counterarguments.

ADI starts by asking "Would you trust yourself to replace the disc brakes on your own car?” reminding the reader that "Automobile brakes protect loved ones and precious possessions on the road." ADI then concludes, “If you only trust a professional to keep your family safe in the car, why wouldn’t you do the same for them at home?”

As fear tactics go, it is a solid one. After all, you do not want to kill your family.

But ultimately it comes down to the real risks and tradeoffs.

ADI says "the facts are:

They conclude then that by taking this "'professional' attitude and approach", you will win customers over.

These DIY systems, like Simplisafe, which they mention first, are well reviewed, with nearly 5 stars on Amazon: 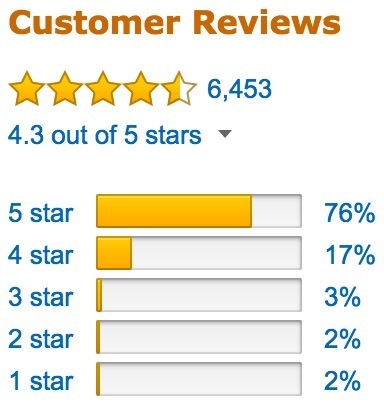 In this era where accessing and reviewing consumers reviews is so easy and commonplace, arguing that these are 'frustrating, ineffective systems' in the face of such strong reviews makes the 'professional' look unprofessional and manipulative.

And we have tested Simplisafe finding that for the majority of residential customers the system is comparable to what incumbents offer.  Overall reliability and stability of the system to alarm quickly is every bit what a 'professional' system provides. In some cases, users will 'know their system better' than what a professional system provides, because the user themselves likely have a key role in installing, configuring, and testing the system.

Compared to professional systems, the DIY market offerings are more basic, often only offering a single alarm zone and a fixed number of compatible sensor types, but for an average homeowner these limits are not an issue.

"As a result, the client’s DIY system will, inevitably, generate a number of false alarms, resulting in false alarm fees from their municipality."

By design, most DIY alarm systems do not come with mandatory monitoring and the resulting fees/contract, and that fact alone is what compels many to buy such a system. When the system is self-monitored, the likelihood of false alarm dispatching of law enforcement is essentially nil.

In particular, ADI assumes that everyone wants / will get central monitoring services, but many people are fine monitoring themselves. With the proliferation of smartphones, an alarm from a DIY system often can notify local occupants, nearby neighbors, or remote friends and family within seconds, and there is no recurring service invoice to pay month after month.  Typically, if monitoring is offered, it is an elect-in option that can be cancelled at any time.  ADI's fundamental misunderstanding of this point reveals unfortunate ignorance of a major product selection factor.

Of course, there are some real issues with DIY security systems, such as product dependability variances, wireless vulnerabilities, and sensor limitations. Product dependability is a concern due to the rash of startups flooding the space eager to launch platforms that are often half-baked.  For every dependable platform, like Simplisafe, there are a number of bad offerings, like Korner.

Wireless vulnerability is another characteristic risk, even of professional systems, if not more obtuse to exploit. As we covered in our How to Hack an ADT Alarm System note, the underlying vulnerability is jamming wireless signal transmission between sensors and panels. This risk is endemic of many mainstream wireless systems, which are mainstays of the DIY market. With a significant emphasis on 'easy to install', the requirement of running wires to sensor points is simply not realistic for the average DIYer. Mitigating the 'hack' risk by using a wired system is not an option for the vast majority of DIY systems.

And finally, with a professional system, sensor options abound. Many DIY systems are targeted at apartment dwellers or small houses where one basic contact and one basic motion sensor type are adequate, while a professional system often has multiple types that can be optimized for larger homes or atypical construction.  Where a single general PIR motion may fit generic smaller indoor environments, many houses or outbuildings have critical areas with irregular detection areas or exposure to harsh weather. Choosing the best sensor for the job often means picking something other than the most general type.

Honeywell Scares People In Their Own Homes on Dec 04, 2015
ADI's corporate parent is evidently just as good with scare tactics as ADI...
Comments (16) : Subscribers only. Login. or Join.