We have a potential client with a server running 8 Advidia cameras and Video Insight. They want to add 12 more.

The server is a Xeon @1.8Ghz,4GB RAM, with Windows Server 2008. Unfortunately, I took a picture of the monitor and the glare/flash has made the exact processor unreadable in my photo.

We are Dahua primarily, with some Milestone experience. So obviously we want to go with Milestone as that is what we know, and recent events have taught me not to bring on another product we do not know. We do not have the bandwidth as a company to learn a new product.

So what are the pros and cons of replacing VI with Milestone Express or Express+? The needs are very basic, live view, basic playback, nothing fancy.

At least on pricing, one clear pro with VideoInsight is if you buy their Dahua/Hik OEM cameras, the VMS is free (plus no CARE / ongoing fees needed). Also, VideoInsight's VMS is fairly solid (test results).

I am not pushing against Milestone but I wanted to emphasize some for VideoInsight since Milestone is obviously very popular and will likely have a number of good comments for it coming.

1st , you don't run in a race with a week engine. Software fine , Hardware week

and especially when going to professional or corporate grade .

Then you don't view great pictures with cheep monitors , upgrade the monitors

Then there is set up

our experience with others is massive amounts of time in the set up, calibration, and training.

NOT an easy change , if not experienced or with a background in computers and software

My experience with high end software is lots of Time in Set up,and Calibration

To do it right , you must spend the time

Agreed.  If they’re running server 2008 with that limited amount of RAM it is likely the Xeon is nothing special and would not fare well with higher resolution cameras and increased processor demands.  The processor is likely something like an older entry level E3 series model.  An upgrade is in order... if not to the processor then certainly to the RAM and OS. No info is provided on the drives but I am certain they are A) well out of manufacturer warranty and B) insufficient for an increased camera count.

I have no experience with VI so I cannot offer valid feedback.

Hard learned Experiences with systems running on low end computers or servers tells me the problems created will have to be addressed later on after conversion.

Better to Plan out in advance with Factory min. specs right out the gate

than to try to make work , very labor intensive to troubleshoot.

and then its the What If's, Why Now's after 4-6 mths after your long into it.

then the Problematic Quarks show up.

then the Problematic Quarks show up. 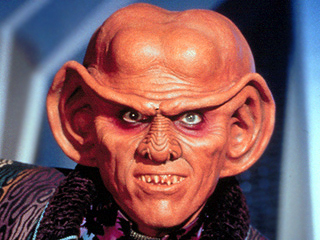 Well, Milestone does not seem to support the Advidia cameras according to the tool on their site. Now its a matter of what becomes more cost-effective. Replace the 6 cameras with something compatible with Milestone, or use 11 new Advidia cameras which are pretty expensive.

Edit: We should be able to use the Onvif drivers. 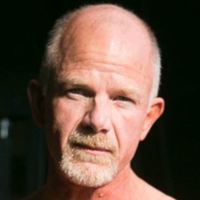 Advidia is a mixture of Hikvision, Dahua, and ACTi.

Maybe you guys should ask what the CPU and memory utilization is, and if the server is also used to continually display cameras, before recommeding an upgrade. It's only 20 cameras total and straight recoding it not that processor intensive, unless software has really gotten bloated recently.

We have been a Video Insight shop since 2005, but as a public education school district, cost is as important as performance. Fortunately for us, both have remained solid with VI, albeit challenged since Panasonic bought them. For years we ran strictly ACTi cameras, again performance for the dollar, but recently we switched to Dahua. We have over 2600 cameras spread across multiple VM's (primarily for management purposes) with nearly 700 of them now Dahua 2mp and 4mp models. I have had vendors contact me about changing to various VMS brands, but there wasn't enough difference, if any, in performance or features to justify a change. Also, I did not want the hassle of trying to deploy software and educate 100's of users on how to use it when VI works just fine. As we remove many of the old ACTi 1.3mp for new Dahua 4mp cams, the only thing I have noticed is that I needed to increase the number of processors on the VM's despite using camera side motion detection. The Dahua's work great on VI but pay attention to the server's processor load if those 12 additional cams are higher mp's regardless of the manufacturer. Overall, I wouldn't want to change what the customer knows with such few cameras but a server upgrade is probably a solid move.

Randy, would love to talk offline. we are VI customer about to move to VMs.

I like VI and have had great success with it.

But again it is set up, calibration, computer engine, graphics adapters  you use