Remember, The Entire Country (China) Is An Infant With Respect To Capitalism

When I first met with Uniview in Hangzhou and toured their facility I was given the grand tour and spent the next several hours being presented with their history to date. Bear in mind, Bain Capital owned them at this juncture and I felt at least somewhat calm knowing that an American firm had control now.

Huawei/Hisilcon FOUNDED Uniview. UNV management sales pitch to the four company members with me on this trip went above and beyond highlighting this advantage to persuade us to leave Dahua.

Impressive presentation frankly.
Chief engineers present and they explained that since we designed the Hisilicon DSP used in nearly all NVR and DVR in CCTV globally, we have the upper hand. In fact Gerald, many of the senior leadership from Huawei/Hisilicon moved over to the Uniview division when Uniview first launched. Many senior engineers are still with the Uniview design team.

My point is at the time Huawei/Hisilicon founded and launched Uniview, they were selling to Dahua and Hikvision, and seemingly every other China maker.
The "conflict of interest" and potential loss of revenue from the majors wasn't a concern.
THey'd still own Uniview but the quick cash from Bain Capital too enticing it appears.
Now that Bain Capital sold off Uniview to a Chinese operator, all bets are off in my opinion.
I see these responses and many opine it doesnt make sense for Huawei to compete with their customers so no way Huawei enters our market directly. This is China. It never makes sense. Remember, the entire country is an infant with respect to Capitalism.
Apple has been in business LONGER than the entirety of China has been adopting a more liberal approach to capitalism. They are simply in their infancy.

China Blocking IPVM.
Could you imagine if Apple, Bose, or Porsche, whomever, convinced Congress to block Consumer Reports because it hurt sales of a deficient product? China in my view admitted guilt, admitted no defense to our observations when they blocked our views. That's immaturity and inexperience reacting. They'll figure it out. 200 years from now.

NOTICE: This comment was moved from an existing discussion: Huawei To Be “Top Three Global Position” In Video Surveillance 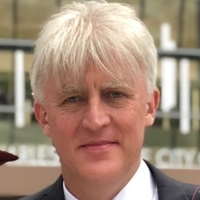