Videolarm has announced a next generation camera housing series but does it matter? Many simply assume all camera housings are the same or simply take whatever the camera manufacturer is offering. In this note, we examine what is different about Videolarm's new housing line compared to their current ACH line and Axis E series, providing guidance on what to use and what provides the best value.

Videolarm's Dynamic Power Allocation (DPA) prioritizes camera power over housing power allowing cameras to continue running without video loss in cases of power sags. This feature, available in PoE models, adjusts power supplied to the camera and housing on the fly, prioritizing the camera, not the housing. When the housing starts up, it detects the maximum wattage the camera requires. If power supplied by the PoE switch or injector dips, the housing will continue to supply constant power to the camera and use leftover wattage for the heater/blower.

Videolarm's proprietary Thermiq cooling technology is intended to allow cameras to perform in higher ambient temperatures while using less power. Thermiq has a heat sink built into the exterior of the housing top which radiates heat. Additionally, a fan at the rear pulls air across the heatsink as well as out the housing. This allows the housing to remain closer to ambient air temperature while using less power. By contrast, other housings supporting high temperature climates lose their IP66 rating due to multiple blowers installed in the unit. Thermiq allows the housing to maintain this rating. 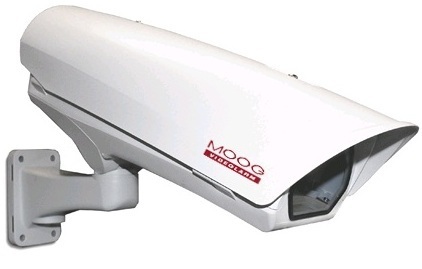 The FCH series will be available for order at the end of March. It will not replce the ACH, which will remain available. Fusion series housings are available in a number of options: without electronics, with heater/blower, PoE+, or 12/24-volt input. MSRP pricing for various models is as follows:

The FCH is priced roughly in line with current Videolarm and competitive models. The following prices compare models equipped with 12/24V heaters/blowers:

Given these similar prices, the Fusion series become more attractive than the existing ACH, in most cases. Though the Fusion series is IP66 rated for weather resistance, and has an IK10 impact rating, some will still prefer a metal housing. For those with this preference, instead of polycarbonate, they will still need to use the ACH or other housings.

A further question is how the a PoE Fusion model compares to an Axis E-Series camera, which ships with housing (PoE capable) and camera in one package:

With a differential of about $60, Videolarm is not priced far out of line. It does require PoE+ input, however, whereas the Axis E series is able to run on standard 802.3af, or 802.3at. The Fusion does have a wider temperature range, however, rated for temperatures from -50º-122º F. It should be noted, as well, that Videolarm is not alone in its PoE+ requirement. Other PoE housings, such as the Videotec HOV HI-PoE [link no longer available], also require 802.3at.

The Fusion is a step forward for Videolarm, perhaps the most used housing in the industry. It offers more modern aesthetics and usability improvements over the ACH, which has remained relatively unchanged for years. These changes are made while maintaining similar pricing levels, which we expect will be attractive to some integrators.

On the other hand, despite its advantages, most, if not all, camera manufacturers offer camera housings as part of their line. Integrators are often hesitant to stray from these options, since their familiar and readily available from the same source as the camera, and may count towards revenue goals.