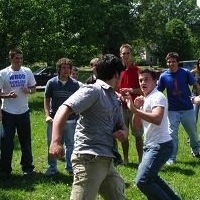 Knowing what security schools used and how those measures have changed over the last decade is quite important, especially given the ongoing concerns about school safety and gun violence. Thankfully a recent 211-page report on school crime and safety report includes statistics on deaths in schools, crimes reported on school grounds, gang activity, alcohol abuse by students and safety and security measures, which will be the focus of this note.

But first, some eye-opening statistics from the report:

From 2010-2011 there were 25 non-student associated homicides at schools. Eleven of those deaths were of students between the ages of 5-18

Some Things That Decreased

Still alarming but at least decreasing:

Cameras Used the Most in High Schools, Large Schools

Most schools in the United States have some sort of surveillance system - 61 percent - more than triple that reported having systems at the beginning of the decade, according to latest data from Bureau of Justice Statistics and the U.S. Department of Education. 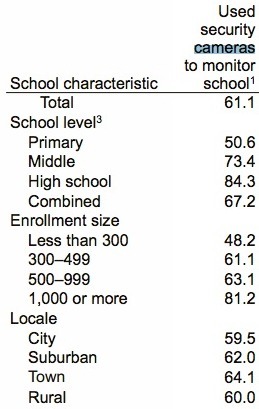 Students Are More Aware of the Cameras Than Before Too

The Education Department surveyed to gauge students' level of awareness of security measures and found that 77 percent of students say they have security cameras at their schools -- a 70 percent increase since 2009. 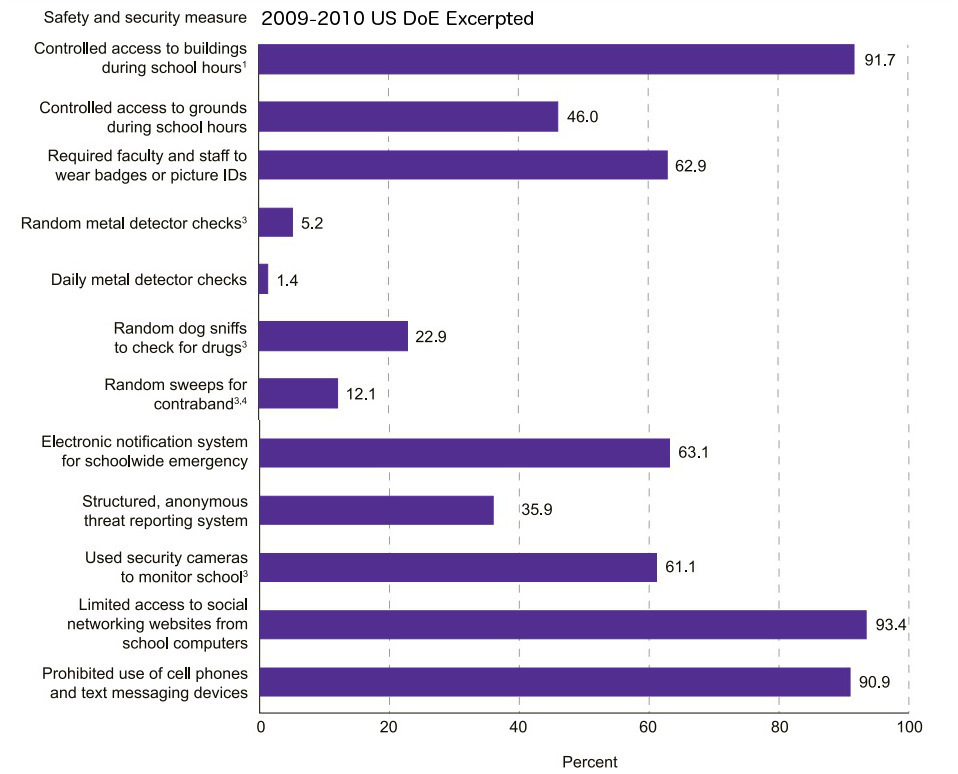 The chart below shows the trends in security in school over the years. Since 1999, the use of security cameras has more than tripled (from 19 percent of schools to 61 percent), making it the fasting growing security measure in schools, followed by requiring staff to wear picture IDs.

This section of the report is a good gauge of where schools are willing to spend money when it comes to security. If they're going to spend on tech, then it's going to be surveillance cameras or mass notification systems over metal detectors. It also shows that some of the more common security measures have more to do with changing behaviors (banning texting, restricting access to websites, controlling building access) than buying new gear.