Importantly, the ICO has determined that, contrary to UBM's claim, each exhibitor is responsible for conforming. In a December 5, 2018 message to IPVM, the ICO explained:

Each Exhibitor could be regarded as an independent and separate data controller of their propriety equipment who would be responsible for ensuring it fulfils its fair processing obligations.

The ICO contrasted this to UBM / IFSEC, saying:

UBM does not actually process or retain any personal data captured by facial recognition technology during the IFSEC convention.

To the contrary, UBM told IPVM at IFSEC 2018 that the data notice on the back of attendees’ badges provided consent for their exhibitor's facial recognition. Read it here and see it below: 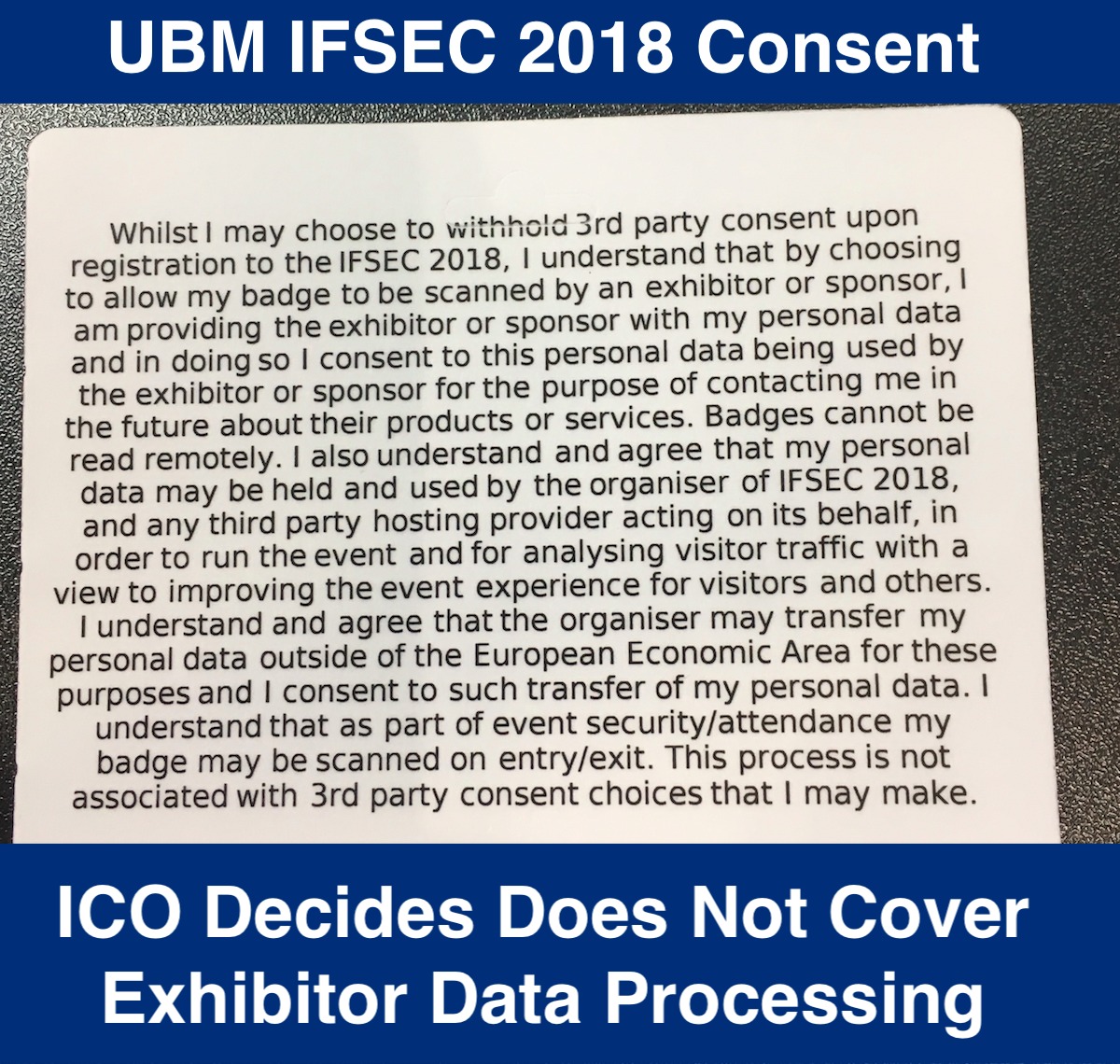 Given the decision of the ICO, IFSEC's consent will not cover their exhibitors for data processing such as facial recognition.

This creates a challenge for exhibitors as, according to the GDPR, which went into effect in May 2018 and to which the UK is party to, biometrics processing like facial recognition is considered a "special category of personal data" and is generally prohibited with important exceptions.

One of those exceptions is informed consent with specified purposes. Article 9, section 2(a) of the GDPR states that biometrics are allowed if:

in a manner which is clearly distinguishable from the other matters, in an intelligible and easily accessible form, using clear and plain language [emphasis added]

No consent was requested by any IFSEC 2018 exhibitor using facial recognition that we visited.