The Chinese 'mobsters' have been beaten.

Less than 2 years ago, super fast growing Ubiquit was thrown into chaos, losing 75% of its market capitalization and halting its rapid revenue rise. 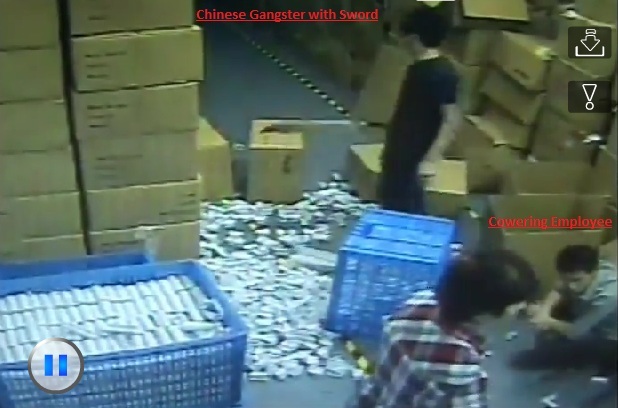 While the 'hit' against Ubiquiti competitors turned out to be false, the reality was that former partners were counterfeiting Ubiquiti on a mass scale.

Now, almost as fast as Ubiquiti's stock plunged, the company has rebounded to even higher levels, as shown by their historical stock chart:

Indeed, revenue is back growing 100%+ year over year [link no longer available], at an annual run rate of $500+ million USD.

Months before the counterfeiting crisis, Ubiquiti launched its own IP cameras, complementing its wireless devices popular within surveillance. At that time, in 2011, it was an eye opener since they were delivering credible (but not great) HD IP cameras at $100 (see our test). However, they only had RTSP support for third party VMSes and their free VMS was quite limited.

In the past 2 years, there have been no new cameras (even though a professional series was planned). While a new NVR appliance (AirVision 2.0) was released, it lacked third party / ONVIF support, had OK but not disruptively low pricing and was limited to a 500GB hard drive.

Interestingly, the CEO acknowledges mistakes had been made and that traction was not to plan, noting that [link no longer available]:

"What we're trying to accomplish is a cohesive and powerful, hardware/software integrated, IP video security solution using the same kind of Ubiquiti elements, which is a very powerful solution at disruptive economics. And AirVision started out of the gate when we launched it 2 years ago with great traction. But we made some mistakes on the -- in the design architecture, the decisions. Largely my mistakes, and we've corrected them. And we're on AirVision 2, which is the second generation of the software, and it's getting traction again. And we will be releasing even a newer revision of software and new hardware in the coming years. So I think my hopes is you'll see a similar trajectory in our IP video security solution growth as you've seen with AirVision -- with UniFi in the past couple of years." [Emphasis Added]

The mistakes clearly are not resolved in the existing product offering. Perhaps, "in the coming years", new versions will resolve this.

Undoubtedly, there is demand for this as witnessed by integrator's top problem being price and the growth of Chinese manufacturers to meet that demand.

Ubiquity is clearly one American company who has solved the overall problem of delivering disruptive price technology products. The only question that remains to be seen is can they do this in surveillance.

Favorite Wireless Manufacturers 2016 on Mar 07, 2016
Following up on our 2014 survey for Integrator's Favorite Wireless Products,...
Chinese Counterfeiter Or Victim? Ubiquiti on May 01, 2012
Explosive allegations are rocking the international wireless and surveillance...
Comments (0) : Members only. Login. or Join.