Based on our reader statistics, surveys and requests, IPVM sees the top requested new / upcoming IP features for IP cameras. We have filtered them based on our test results and technological feasibility / benefits.

Here are 'hot' features that are requested and we see value in:

Here are the 'not' so hot features that are talked about but have real barriers or issues:

The 4 hot ones are all features that have very few practical offerings today yet would make a material difference for users:

Advanced Motion Detection - Camera and VMS motion detection continues to suffer from lots of false positives, that chews up storage and undermines the ability to search (see our camera VMD search results). Only a few camera manufacturers have advanced ones (see our advanced VMD test) but with those still have limits (Axis VMD 2.1 is open but lacks broad VMS support while Mobotix MxAnalytics is Mobotix - i.e., proprietary).

With extra processing power becoming common on cameras, improving VMD can deliver significant value and differentiation. Better VMD can easily translate into hundreds of dollars of storage saving per camera, more than justifying a premium purchase.

License Plate Capture - People start discussions on license plate capture every other week and yet there are few choices on the market, especially HD IP ones, leaving many to rig their own with regular cameras and add on lighting (to questionable results). There's clearly a lot of interest to capturing licenses (not analytics, just being able to read and it would be a lot simpler to get a purpose built one.

Long Range IR - Integrated IR is clearly a big successful with most every manufacturer releasing offerings. The main challenge is that most of them are very short range - typically 20 to 50 feet away, which is fine indoors or for objects nearby but lots of users outdoors want longer coverage areas. There's not a lot of options - which Avigilon's 9-22mm being the most notable one (see test results). Also, Axis recently released one but it is very expensive. We expect to see more long range IR cameras as the next generation of units are released. 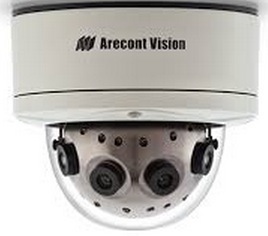 Multi-imager Cameras - People often ask for alternatives to Arecont's multi-imager cameras but unfortunately there are very few and no really mainstream ones (Avigilon has an old JPEG2000 only one, Scallop has a 1fps one, etc.). There is clearly a lot of value in these cameras as image quality will be better from multiple lower resolution imager/lenses than a single higher resolution one. Also, it does reduce installation costs where users want to saturate video coverage of an area.

And here are the features that are not:

Fast Frame Rates: 60fps and soon 120fps are some of the biggest new marketed features. We can certainly understand that camera manufacturers are promoting this because (1) sensor suppliers are throwing this is essentially for free and (2) there is interest from the consumer world. However, 30fps is already overkill for 98% of applications (see fps stats and our 30 vs 60fps test results).

I suspect manufacturers will keep pushing this but to very little end (save for blocking out competitors in specs for A&Es who fall for this). 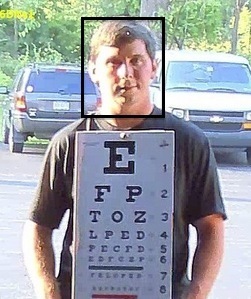 Facial Detection: Being able to catalog faces that pass a camera is a genuinely useful feature (here we are simply talking about detecting that a face is present, not who the person is). With a log / matrix of faces, users can better scan / review / investigate recorded video. A few camera manufacturers have started to market this (bringing it in from the consumer side where this is common) and doing this is reasonable as it does not take that much processing power especially from modern cameras. However, there's almost no third party / independent VMS support so it's a feature that sounds good but of no practical benefit. If a major VMS manufacturer added support (both for integration and for UI review), we think this could take off but it depends on that future event(s).

Single Imager Super Megapixel: While super megapixel remains an important niche and a useful marketing tool, the predominance of 720p and now increasingly 1080p/3MP makes the utility and appeal of greater resolutions weaker, especially given their historically premium prices.

On the other hand, super low cost / super megapixel look to be attracting interest, if primarily from a sales/marketing angle. A great example of this is ACTi's $200 10MP promotion.

Panoramics: Outside of multi-imagers which remain scarce, fisheye panoramics are now rampant. There are tons of options to pick from (see e.g., our panoramic shootout results). There's little need for more. The one area within that needs help is low light so integrating IR into panoramics would be useful.

Neither are readily available today (at the end of 2013) but are likely to be important trends in 2014 new product releases. While the market is receptive to both, our data shows that H.265 has much stronger overall appeal than 4K.