Security manufacturers are often clueless using social media but no one does it worse than NLSS, whose twitter feed is a case study of things not to do.

The NLSS response to the Boston Bombings? Well, to market their facial recognition add on:

It's pretty crazy to claim 'finding criminals in record time' and quite distasteful to do it in the middle of the manhunt.

Worse, many know Pete Jankowski as one of the most respected entrepreneurs in the industry having previously started Loronix (that evolved into Verint) and Sypixx (which was acquired by Cisco). Would Pete really make such a claim?

Well, their Twitter feed certainly implied that it was: 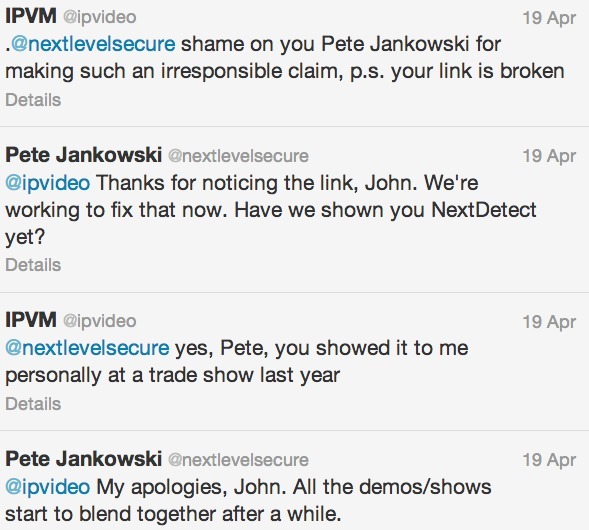 Finally, confused, we reached out to Pete directly, who confirmed that, despite his name being used, it was his PR person, Rhianna Daniels of Compass PR [link no longer available] masquerading as him.

On typical days, the NLSS feed is just a landfill of shallow promotions that neither inform nor entertain, things like:

Spare us the silly ads and shameless ploys please.