Silicon Valley is warming up to the surveillance market, seeing the potential of consumers to embrace the technology. One application that has significant potential is neighborhood watches - using connected cameras so that neighbors can keep an eye out for any problems - something that we have described as "Virtual Neighborhood Watches".

Now one startup, Koozoo, [link no longer available] a San Francisco startup, is deliver just that. In this note, we break down their service, positioning and potential.

It started out as a free iOS and Android app to crowdsource video footage. Members can upload clips, but also live stream video. This company video gives their brief pitch:

An Overview on Using the App

After registering, users will see a map and a legend explaining what each pin means. To the right you can see the pins for cameras in San Francisco. 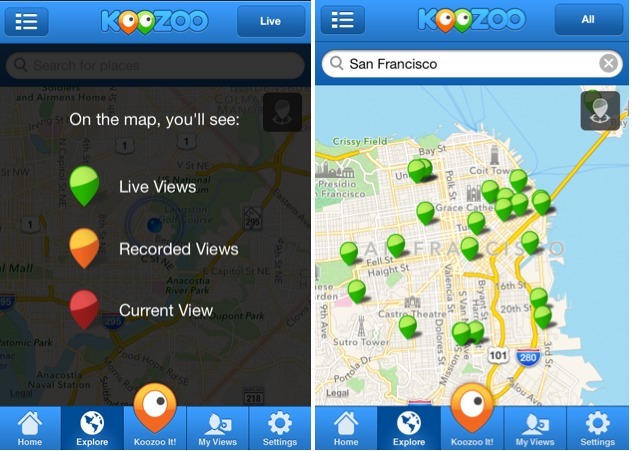 Users can also select if they want their views to be public or private (or shared among friends) and the broadcast quality:

The clips are stored on a member’s profile unless they delete it, but the streaming video is not stored, so searching for what happened earlier today or who stole the car last night is not available.

Many of Koozoo's subscribers were using the devices as a security cameras. The image below is from a feed in San Francisco that has a device mounted in a corner overlooking the inside of a building. 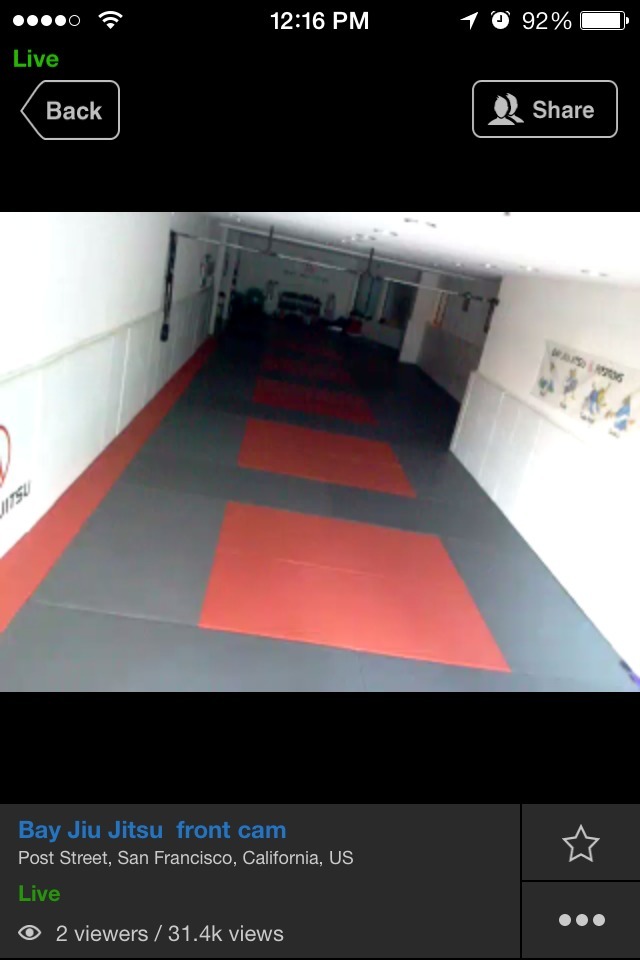 Many others overlook street doorways and street corners. In contrast to similar apps like Presence, which was created to use iOS devices as security cameras, Koozoo is free. 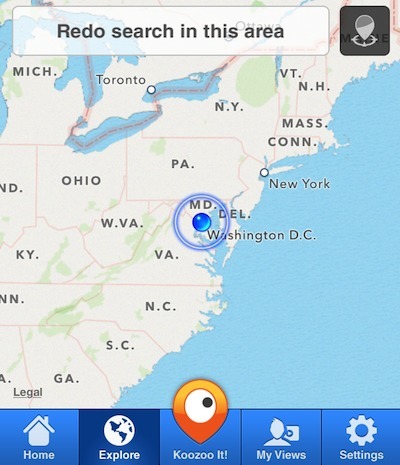 For the entire United States, I only found 29 views -- most from mounted devices in San Francisco and one from an office in Austin, TX. Surprisingly, I didn’t find any views at all for the entire east coast, possibly another reason why the company changed it focus.

Realizing its potential as a security service, the company changed its model and plans to offer video surveillance to neighborhood associations for $15 per month, per camera. It has moved away from recycled smartphones to consumer grade surveillance cameras.

"The app still exists, and we're still supporting it, but moving forward the focus is now crime prevention and neighborhood watch," said CEO Drew Sechrist in a phone interview.

Most of the details, including the shift from crowdsourced video to neighborhood surveillance have not been announced publicly until now. Koozoo is still working out the details on marketing and making the service profitable. The app does not have an ads, in-app purchase or require a paid subscription.

The company recently teamed up with the Kansas Street SAFE Neighborhood Association to pilot the new model.

Residents in the neighborhood watch group can buy Foscam cameras configured to send video two Koozoo servers and have the content stored on a neighborhood server for seven days. The cost, when Koozoo starts charging will be $15 per month, per camera. The live streams can be viewed by neighborhood watch and neighborhood watchmen can send video clips directly to the authorities through the app. They are not charging residents for the service during the pilot.

While we see value in empowering neighborhood associations, this might be challenging for Koozoo to execute. Their first attempt did not work and they likely spent most of their $2.5 million seed round pursuing that. Now, they are pivoting to basically be one of dozens of startups offering subscription cloud recording for consumer cameras. It is not clear how they will differentiate or catch up to rivals who already offer this. Also, will neighborhood associations help buy in bulk or will it be more challenging for them to coordinate / make such decisions?

Ultimately, we do see VSaaS / cloud connected cameras as a very good solution for neighborhood associations because it radically simplifies setting up and sharing video in local areas, two things that have historically been very complex (think of all the city systems that spend tens of thousands per camera). One day soon, for a fraction of that, neighborhoods will be open to set up systems with dozens of a cameras from a fraction of what cities have historically paid.