The Sony XIS series is one of the most intriguing and unknown surveillance systems available. Designed to capture up to 186.6 Megapixels, this system is optimized for wide area monitoring of critical infrastructure locations. In this note, we examine the features, pricing and positioning of the system, comparing it to ipConfigure's gigapixel camera.

The solution comes in to options: HD and thermal. The image below shows both of the form factors side by side: 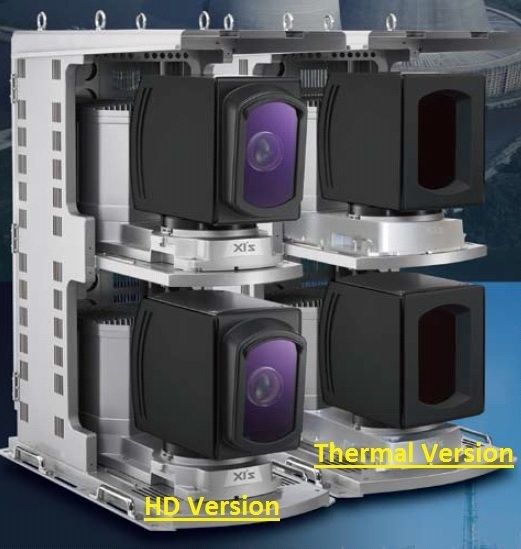 Here are key details of the offering:

According to Sony, the system includes a number of advance features:

Sony says this is a design-build solution (i.e., custom, not COTS) and that depending on the configuration the pricing is often in the $500,000 USD to $1 Million+ USD range.

Obviously to deeply compare, one would have to test both in real world environments - which we have note done. That said, some structural differences do exist.

On the positive side for Sony:

On the positive side for ipConfigure: