Problems With The SIA Board Of Directors

The Security Industry Association (SIA) Board of Directors suffers from fundamental problems, lacking transparency, accountability, and democracy, effectively operating as a secret society. 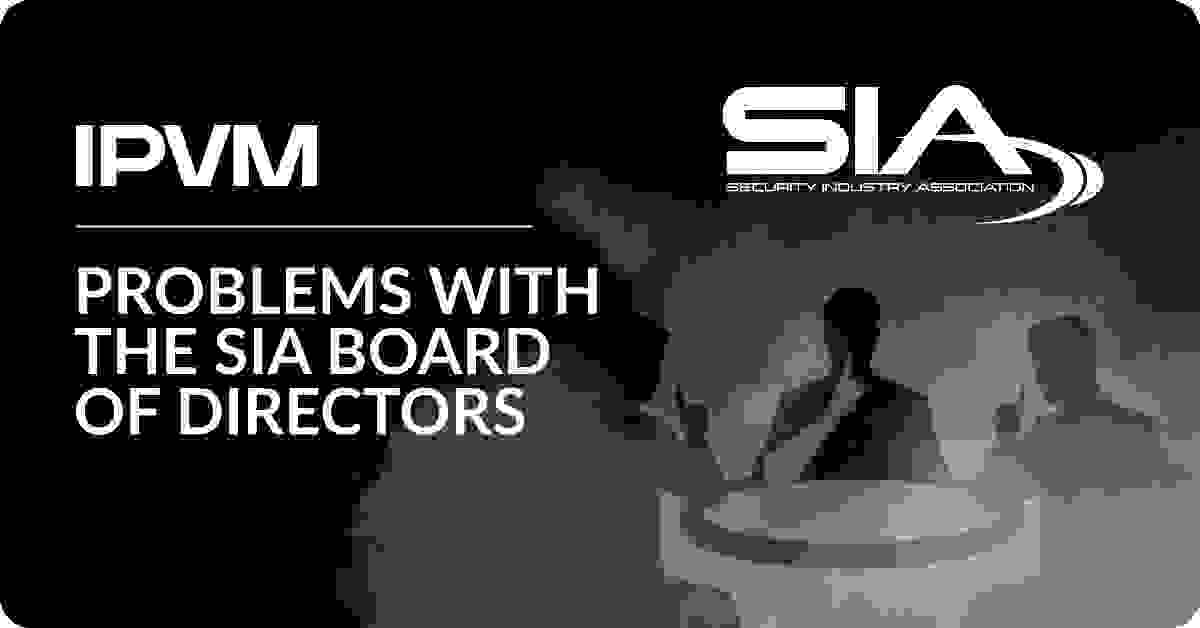 Inside this report, based on our analysis of SIA's rules and participation as a SIA member for the past 2 years, we explain the problems including:

On paper, SIA has a formal electoral process, as defined in SIA's Bylaws, e.g., excerpted below:

However, in practice, SIA insiders (the secretive 'Nominations Committee') pick the exact number of Board members they want and members have no effective choice. Members must elect every candidate together or reject them all, resulting in a Soviet-style election.

Candidates do not campaign or even explain how or what they plan to do or have done as SIA Board Members.

Secretive Process of Board Member Selection

The SIA Nominations Committee creates a list of candidates each year, effectively deciding the outcome of the election without any membership engagement. The Nominations Committee was, until last month, actually proscribed from selecting more candidates than there are open spots. For example, if 3 Board spots were open, the Nominating Committee was previously prohibited from nominating more than 3 people, resulting in an even greater sham election.

After IPVM lobbying this year, this was changed to allow more candidates than spots, though how this improves things, given SIA insiders tight control over who they nominate remains to be seen.

SIA insiders can award bonus years on the Board by selecting preferred Board members to be on the Executive Committee. Like the general Board Nomination process, SIA insiders effectively pick whomever they want.

A Board Member can get up to 10 additional years this way, without any member election, as the SIA bylaws explain:

Likewise, the Chairman of the Board of Directors is an equal or more secretive process, with even insiders who spoke to IPVM not understanding how this man is selected.

The process is closed and does not involve the participation of membership at large. There is no competitive process, no campaign, no discussion of ideas, just insiders picking the man they want.

In totality, this encourages SIA Board Members to accept the directives of SIA insiders or risk being removed from the Board by insiders. A Board Member who takes a stand that SIA members may support cannot appeal to SIA members as SIA insiders can simply pick who they want or do not want to be on the Board, without any meaningful election or transparency about what happens within SIA.

This transforms what SIA claims to be an 'election' into a secret society where insiders hold power, benefiting themselves but hindering SIA from reflecting the broader interests and needs of the membership and industry at large. 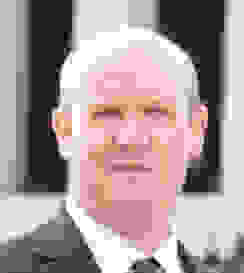 Don Erickson, the CEO of SIA, provided IPVM with the following statement in response to our concerns:

Earlier this year, SIA directed its Bylaws Committee to review the association’s Bylaws and recommend improvements to foster greater member engagement and transparency in our governance procedures. This comprehensive project was envisioned as being completed in two phases. On March 23, the SIA Board of Directors approved the Committee’s recommended changes pertaining to the association’s committee structure, the Board nominations process, and membership categories. Information about these changes was communicated to the SIA membership on April 5th. In the coming weeks, the Bylaws and Executive Committee will conduct the second phase of potential Bylaws updates including possible modifications to how SIA Officers are identified and nominated consistent with other national trade association recommended practices. We recognize there may be proven practices by other organizations that could become formal SIA governance policies after careful analysis, input from SIA members, and deliberation. Any further amendments to the SIA Bylaws could be presented to the SIA Board of Directors for approval at its fall meeting.

We are glad that SIA is taking some steps but remain concerned that steps are insufficient and that SIA insiders are motivated to maintain their effectively secret society at the expense of an open, transparent, and democratic process.

everything described above reminded me of the various positions that existed in my previous church such as "growth and outreach", "trustees" and "missions" etc. These "positions" required a vote and the requirements, length of time allowed etc. were detailed very well in the by-laws of the church but.... all those rules and requirements and processes were ignored though because we couldn't get anyone to take those positions and make those commitments so... rules were broken just to keep people in those positions past the prescribed time frame or simply to not have these committees fall apart. The fundamental reason of course was the church was falling apart, wasn't growing and had no impact on the community. So I offer up the reason that SIA has reached this place is because it similarly can't find people to take those positions, that it isn't worth the effort/time to invest and SIA is no longer impactful. The face of SIA has always been Don Erickson, didn't even know there were other people involved and again, not sure exactly why someone would invest their time in this organization except to show it on their resume but with the fact that I am guessing that has no value anymore... you can see why if they had only three openings - they might have only been able to get three volunteers.

In terms of rules and bylaws, what SIA is doing seems odd to me. SIA represents the interests of a billion-dollar industry and has a paid staff including a lobbyist and CEO. Other national and state organizations I know of have transparent and clear elections for directors and executives. In my experience, the election process is public to the entire member community. Directors at the national level actually run campaigns – sending emails, physical mailers, and speaking with state associations about key issues for members. There is public debate and then the state-appointed councilors vote on national issues and positions. Any changes to bylaws are presented publicly, debated, and voted on.

I generally agree that when an organization has poor governance practices and low member participation there is less debate on key issues, policies, and following of bylaws. That said, SIA leaders are well-compensated - over $1.2M in 2018 – so it's not like a local church where members/leaders are performing community service. SIA members have invested in these leaders to run a professional organization.

Fantastic find, their 2018 tax filing! Perhaps I am confused and I probably am but on page seven it shows those board members not getting compensated where as on page 8, the people running it gettting the $1.2M. So those elected positions appear to be ones with no compensation where as Don was pulling in $291K in 2018. Am I wrong?

I think you are generally correct. In other organizations I'm familiar with, the professional, full-time staff, are paid employees, and board members are either voluntary or receive nominal compensation.

In reply to Undisclosed #4 | 04/27/21 08:08pm
so I stand corrected, so not $291K but $330,595. The power of the internet! Thanks.
Reply
Agree Disagree Informative Unhelpful Funny Fav
Agree
Disagree
Informative
Unhelpful
Funny

What does the SIA do, anyway? Sounds like a baby-version of our corrupt government (without a couple trillion dollars of our money to send earmarks to their districts and connections).

How much does the Secret Society pay its members?

I think we should figure out how to nominate John Honovich to be on the board.

I gave you a funny!

In the previous version, they had a means where someone could challenge the process:

Additional candidates for the Board may be nominated by petition signed by at least a number of Members equal to ten percent (10%) of the total membership or twenty-five (25) Regular Members (whichever is least) and filed with the Secretary at least five (5) days prior to the annual meeting.

This was removed. Now, while SIA can nominate more candidates than spots, the power is wholly up to this SIA nominations committee.

I do want someone to challenge the status quo, it does not have to be me. 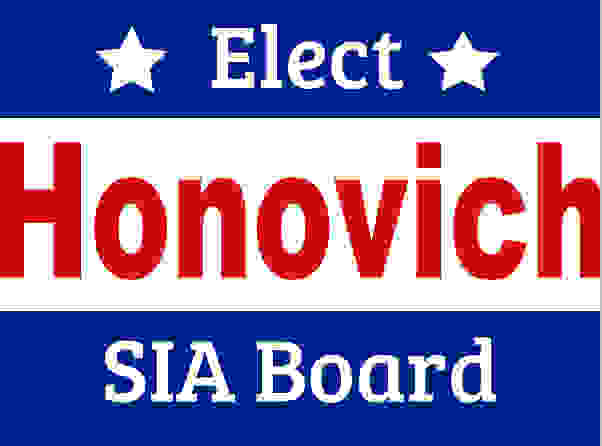 I can start getting these printed and put in members yards ! 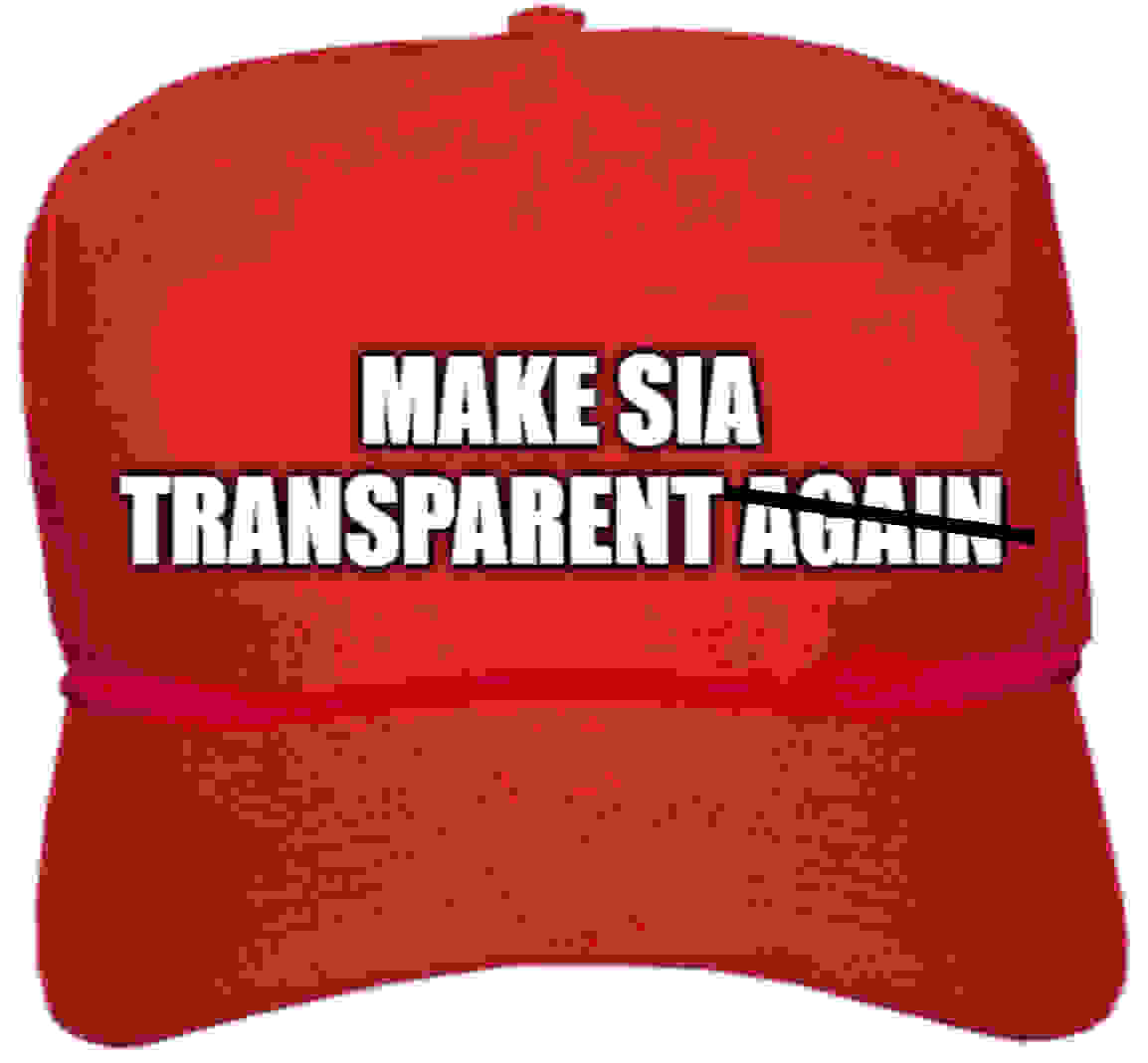 "I think we should figure out how to nominate John Honovich to be on the board. "

He may be too busy writing all these interesting articles to participate in such a time consuming capacity..

I have to say that this all rings true and is a reflection of the current organization. I have attended many SIA dinners and it is just a bunch of industry people giving each other awards and patting each other on the back. I literally felt like I needed to go take a shower after some of these events. It would be great if they could actually organize themselves to help promote our industry and work to get key issues more visibility. IE Chinese human rights, a functional/informative website, recruiting younger generations with more diverse people into our industry, educating the public on key issues like facial recognition and proper ways to utilize those technologies within local city/state laws, and on and on.

I have yet to see them do any of this. It seems this information is only available on IPVM and no offense to IPVM, our industry deserves to have options in regards to this information.

I think it would be better for the entire industry to have an industry association that is based on legitimate elections, which would encourage them to do more or risk being voted out of office by membership.

Let's face it, if it was not for the ISC West exhibitor discounts, SIA would not have enough paying members to be an organization.

Let’s not throw the baby out with the bath water. Many in this industry, have for years, participated with no compensation on SIA committees for the betterment of the industry. Or at least that was the intended goal. No good deed goes unpunished, as they say. They received nothing beyond an occasional thank you. By the looks of it, the board and executive members need to clean up their act. Still, we should take care not to lump this in with the attempts by non compensated committee volunteers to move the industry forward.

Some may say " just another dirtbag organization proliferating their dirtbaggery". Trust and integrity are things of the past. We live in a "me me me " world now...for a while anyways...

SIA recently approached me to be a member and sign up for one of their courses. I've never heard of them before this article. Interested to see this

what is amusing is not a single person commented publicly, everyone including myself and this comment is "undisclosed..."

In fairness, it's pretty common for business discussions to get a lot of undisclosed comments.

I've heard from our 'industry leaders' that undisclosed commenting aggrevates them but, at the same time, if these people posted disclosed, they risk serious pushback to them, their superiors and company.

I’ve seen them at the ISC East and always wondered why I should be a member. Outside of a project management cert that cost less than the PMP I didn’t see the need. 1.2 million though.....,,.that’s substantial for a rather inept organization. 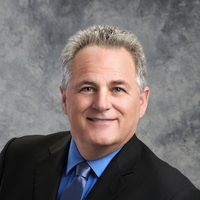 Having been on several SIA workgroups working on standards, I can tell you that as a standards writing organization they do a really good job organizing these. Without standards our industry would be a free for all.

Hopefully the SIA organization can take some of these comments and make some changes that will solve for some of these as I think overall they do a good job with dealing with industry issues.

Also if your not willing to show your real name it makes it hard to take the comment seriously. Just my opinion and you get exactly what you paid for it.