"Anyone else besides Arecont?" People want multi-imager panoramic cameras, but there are surprisingly few choices beyond Arecont. 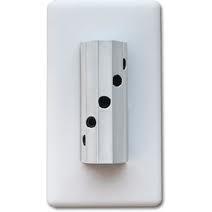 Even today, there is nothing quite like it, but the company never seemed to gain significant traction.

Now, Scallop has been spun out and given a new chance with infused capital. In this note, we share our findings from speaking to their new CEO and our projections about what potential they have.

The new CEO said that undisclosed new investors are backing them [link no longer available], allowing them to fully fund Scallop and grow the company, including new hiring and new product development.

While he would not commit to specific timelines, the goal is to develop a new generation of Scallop cameras with better low light performance, higher frame rate and more megapixels.

180 degree cameras are useful for monitoring wide areas common in surveillance, for example:

Multiple imagers are far more effective than a single imager with a fisheye lens because the FoV can be better constrained, more pixels can be put on target and low light imaging can be improved using multiple lower resolution imagers.

However, Arecont is really the only widely used, mainstream option for multi-imager cameras. Indeed, both friends and foes of Arecont agree that their Surround Video series is the key asset and best seller of the company. Of course, many people avoid Arecont due to their awful reputation for quality and support or, at least, would like another option.

Here's a Scallop overview video for those not familiar or wanting a refresher:

[link no longer available]The main limitation is 1fps at max resolution. At 15 frames, it is just a weird 720p HD variant "comprised of a 1280 x 320 situational awareness (SA) window plus a 1280 x 400 sub window allocated to up to four zoom windows."

Also, the 3 product options were limiting:

The main structural advantage was the ability to deliver this all - 5 imagers - in a form factor only moderately bigger than a deck of cards.

Scallop announced [link no longer available] literally nothing in 2013 and only a few integrations in 2012. Their last new product release was in 2011 (the black and white version).

With renewed focus and cash infusion, they are long overdue and should be able to release improvements.

The good thing for Scallop is that the demand is still there probably stronger than ever, as the migration to IP and the growth of panoramic imaging over the last few years makes such an approach more desirable. Plus, none of the major incumbents are offering multi-imager cameras and the market leader (Arecont) clearly cannot meet all the demand.

Scallop does not need to make huge changes. Straight forward improvements (like a moderately higher frame rate - say 5 to 7 fps), improved low light performance (that they were working on the last few years) and adjusting prices for today's market ( the historic price of $1,500 - $2,000 is now too high) would make it very attractive.