If you can convince the Department of Homeland Security that your technology or plan can save lives in a terrorist attack, you may be able to get lower insurance premiums, according to a DHS official on a Security Industry Association webinar.

The Department of Homeland Security’s Science and Technology Directorate has been pushing the SAFETY Act [link no longer available]as an incentive for companies and manufacturers to develop and use anti-terrorism technology. In return, it provides legal liability protection to organizations that manufacture or implement “technologies and services that could save lives in the event of a terrorist attack.”

These liability protections only apply to claims that result from a terrorist attack but limit the amount a company can be held responsible for if someone decides to sue later. Once a product is SAFETY Act certified, it can assert a government contract defense in court, whether or not it is actually a contractor.

“What we do is a complete analysis of the insurance industry related to the product or technology and we determine what a fair amount of insurance is that company should carry,” said Stephen Hancock, one of Homeland Security’s security industry liaisons. “The company is absolved of anything above that insurance limit.”

The act puts technologies into three categories based on perceived effectiveness (outlined in the chart below) and the term of the protections changes based on each category: 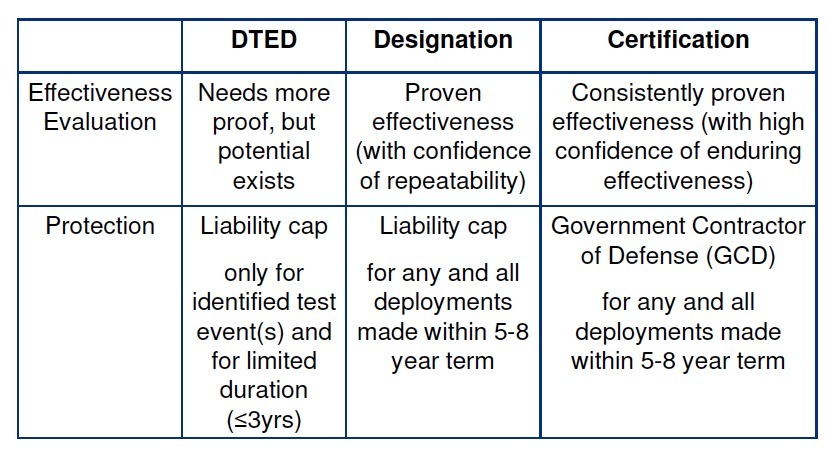 Hancock says it takes about 120 days for DHS to evaluate the product and determine the insurance amount before certifying product and more than 600 applications have been approved since 2002.

“If [the insurance companies] don’t have to make multimillion dollar payouts, then maybe they don’t need to charge the same premiums they charge,” he said.

A company, however, is not given protection for anything they do, but only suits arising out of a terrorist act and where that product played a role. Despite that, Hancock says some venues has said their efforts to get certified have also led to lower premiums or less claims against the company after implementing better video surveillance technology. For example, one company reported its premiums went down after it added more cameras in pursuit of a SAFETY Act designation because the cameras better protected it from slip and fall claims.

DHS has a chart showing the size of companies getting SAFETY Act labels and a webpage to search approved technologies and companies [link no longer available]. 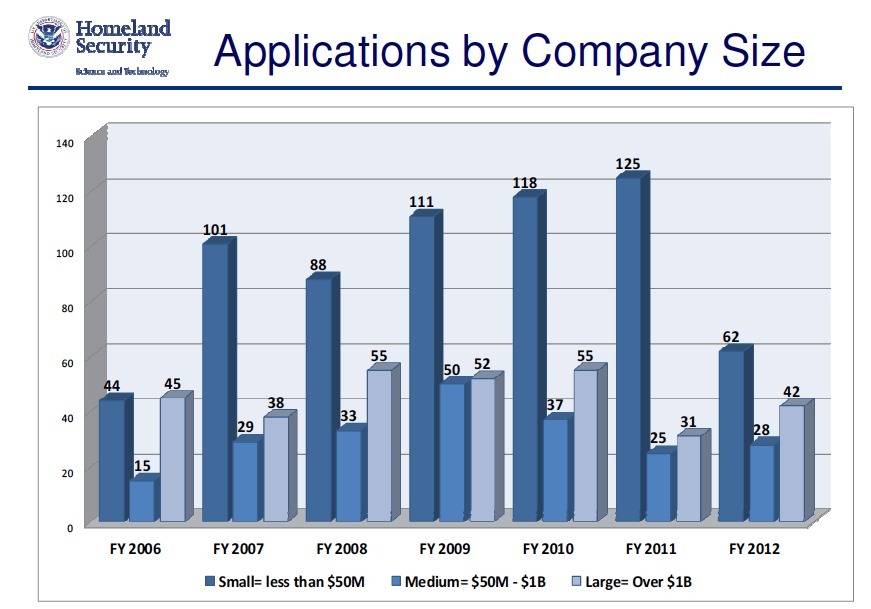 We searched for some of the more well-known video-related companies and we found:

Also, guard company AlliedBarton has all of its guards approved.