The Laziest RFP Ever

Bad RFPs - out of date, vague or just plain confusing - are common. But this RFP is on a whole other level. It is as if no one even looked at it before the project was put out for bid. A small town doing this is perhaps understandable, but it is far more perplexing when a US federal agency that should have the resources to come up with something better does this. In this update we review an RFP for a 2013 project using specs so old you might have to visit an antique shop to find some of the equipment.

The highlights from this RFP

If someone can find standard 1/2 inch VHS tapes, that would be one way to fulfill the storage requirements for this RFP which lists time-lapse VCRs as an option. It says VCR must allow for repeat recording, a built in time and date generator and a tape counter. It also must have a daylight saving time setting, an automatic head cleaner and 120-second rewind.

The other option, for storing digital video, is a DVR or NVR with at least an Intel Pentium III processor (originally released in 1999) and 256 MB RAM. It should record at 30fps and have built-in motion detection and masking accessible from the Internet, Intranet or PDA. Windows 98 is the specified operating system.

According to the RFP, "The type of recording device utilized should be determined by the size and type of CCTV System designed and installed, and to what extent the system is to be utilized." One of the bidders we spoke to says the only response to questions about the spec was that if an integrator was "not supplying specified material, submittals will need to be approved as an equal," essentially leaving it up to the integrator what the final equipment will look like. 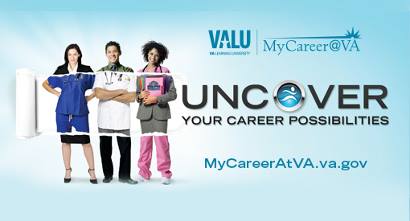 Where did you find the picture of my cat?

In fairness, this is the first time the VA has been accused of having out of date technology....

I am pretty confused at how or why video surveillance and FIPS-140B converge. Obviously, the VA recanted this requirement, but the fact it was there to begin with reveals the specification wasn't understood by those who issued it. It's like requiring your next refrigerator meet US Fuel Economy Mandates.

My guess is they borrowed the framework of a physical or logical access control RFP and kept the FIPS-140B part because, in their ignorance, they were afraid of taking it out.

"It's like requiring your next refrigerator meet US Fuel Economy Mandates." 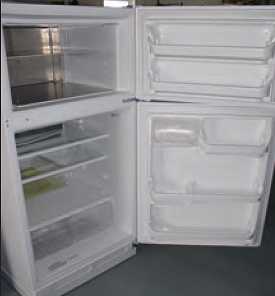 20 six-packs per gallon of propane...

Lol, I think you're right Brian. I used to work in the Risk Management department for the Feds and I can say that thankfully the guys I worked with knew their stuff... and as a former COTR, I'm a bit embarrassed for the VA.

There was an RFP in West Michigan for a new courthouse a couple years back with mega Pixel IP cameras going back to a time lapse recorder. Long story short, RFP was pulled and resissued at a later date.

The Feds have a longstanding history of issuing out of date specifications. Even when they have been provided with correct specifications revised by an engineering firm, many of the administration people will simply go to the spec website and download the generic specs that have not been properly edited and put them out for bid because they simply do not know better or do not have the authority to do otherwise. The frustrating thing is that they expect the vendor to mindread what their intentions are and then hang them out to dry with the statement that "you should have known better, you're the expert" and banging them up with having to provide a far more expensive system without any price increase.

and the winning bit was for what 100K somthing stupid for what they are asking for........

but i have seen the fed pay huge amounts of cash for a lazy system too many times. a few of them know what they are doing but it is far and few from the jobs i have seen and worked on.

Lazy old specs still pop up down here in oz although probably not as extreme as this example. One things for sure about working in this industry...there never seems to be a shortage of things that either boggle the mind, defiy logic, or simply crack a 9.0 on the weird-shit-o-meter!

I've seen much worse. My favorite one ever was the university spec that not only specified equipment that didn't work together, told us to provide certain equipment that 'must communicate on LONnet or BACnet' and specified the exact equipment (which incidentally doesn't communicate on those protocols, and referred to the students (it was for a university) as inmates. It was clearly just a copy/paste by the consultant from the last prison spec they did. Dear consultant, universities have different needs than a prison; any questions? :)

"referred to the students (it was for a university) as inmates"

LOL. Maybe it was a really rough school!