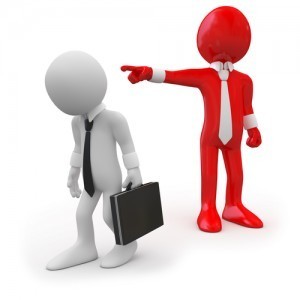 Mobotix groomed an ex-Axis Director, Magnus Ekerot [link no longer available], to be their CEO for 3 years. Then last September, they promoted him to be CEO. Now, less than 6 months later, Mobotix has abruptly ousted him.

In this note, we examine Mobotix's state, future and issues involved.

Unlike American companies, who like to spin their ousters, Mobotix was perfectly blunt, declaring:

"Dr. Magnus Ekerot was released of his position as Chief Executive Officer (CEO) effective immediately in yesterday's meeting of the Supervisory Board."

Indeed, there was no real replacement. Mobotix will simply slide over their CFO to be CEO, despite the CFO having no industry experience and only a year at Mobotix [link no longer available].

Multiple sources emphasized that problems with the partner program was a key source of friction (difficulty in reporting, complexity in calculating back end rebates, etc.). However, it is hard to believe that this alone would cause a CEO to be ousted so quickly.

While Mobotix declined to comment about specific internal issues, they emphasized two points:

Perhaps Mobotix can now blame the last 3 years of decelerating growth (including just 6% growth in the last fiscal year) on the ousted CEO / Former VP of Sales). That might make the founder feel better but it is unlikely to address the real structural problems for Mobotix.

Mobotix's historic approach just is not competitive anymore. $1,000 cameras, 75% gross margins, no H.264, barriers to integration (like no ONVIF) were successful tactics in the late 2000s but the market has changed substantially.

The industry still has a shortage of high quality, advanced, high end cameras but the customers who want those cameras overwhelmingly want to use 3rd party enterprise VMSes, not Mobotix's 'free' decentralized proprietary offering. And let's not even talk about the crazy obsession that Mobotix had with door stations over the past few years.

Shooting the CEO so quickly, replacing him with essentially no one and with no real new game plan explained, does not present a bullish case for Mobotix's future.

Mobotix Founder Out, Company Embracing Open Platform on Oct 13, 2016
The founder of Mobotix, Dr. Ralf Hinkel, is out of Mobotix, just 7 months...
Mobotix Admits Channel Stuffing on Aug 27, 2014
Channel stuffing is becoming an important industry issue. First, there...
Mobotix Stock Plummeting on Aug 18, 2014
Much like the company itself, Mobotix' stock has hit hard times, dropping...
Falling Down: The 2014 Mid-Year Guide on Jun 02, 2014
Falling down - the theme of the 2014 video surveillance industry. This is the...
Industry News Roundup May 2014 on May 23, 2014
Monitoring over 100 surveillance sites, the IPVM Spider picks up 300+ pieces...
Comments (15) : Members only. Login. or Join.