China is using its financial resources again, this time in France, just a month after the Chinese government funded a $100 million security / surveillance project in South America.

The Chinese government has touted the 'deal' / gift as an example of the expansion of the Safe City projects common inside of China.

Huawei, the Chinese telecom gaint barred from selling to the US government because of China government concerns, announced the partnership with a French city, that would 'make the city a technological showcase'. 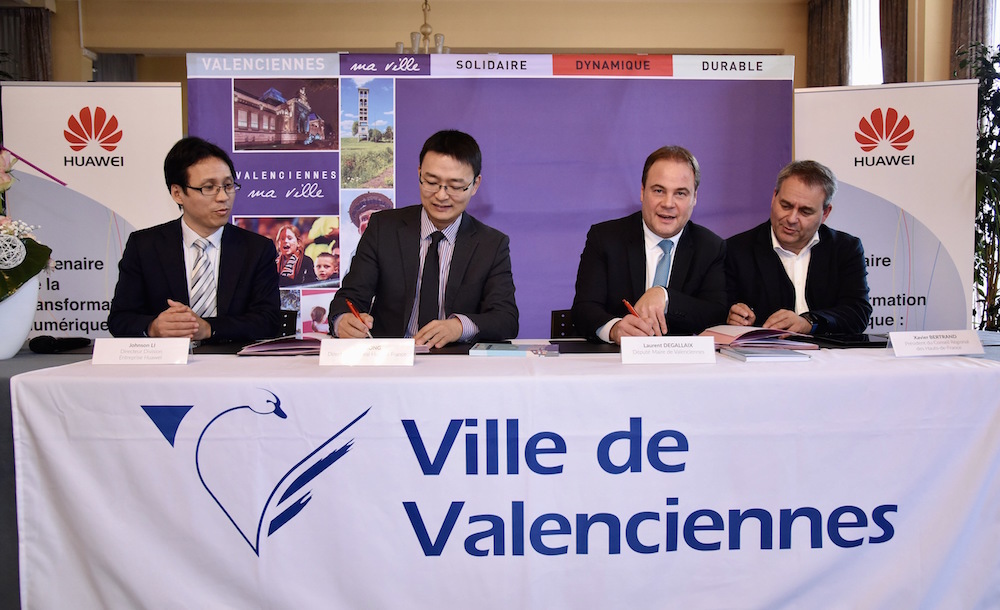 In this case, the system is literally a 'showcase' because Huawei is gifting the ~$2 million Euro system to the city, in exchange for allowing Huawei to use it as a showcase / sales tool for Huawei's European expansion, as confirmed in a local France newspaper.

The gift includes renovation for the existing 150 cameras plus 217 new cameras plus and a "completely renewed surveillance center."

Valenciennes is a small city in Northern France with a population of ~44,000. As such, $2 million Euros is a fairly substantial gift though, as a showcase, it will be used to sell much larger cities on Huawei's surveillance offerings.

Over the past year, we have heard numerous reports of Huawei ramping up their video surveillance / Smart City offerings, including competing with Hikvision for some deals. See: Hikvision's New Threat? The Cisco Of China - Huawei

Certainly, this gift will help Huawei market more in Europe. In North America, given the political situation, it will likely be much harder for Huawei to sell.

However, Huawei's willingness to spend $2 million Euros just to get a marketing demo demonstrates the financial power and desire to significantly grow their surveillance sales.