Most Interesting Thing We Saw at ISC

The most different and interesting thing we saw demonstrated at ISC West 2012 was the ipConfigure Gigapixel surveillance camera [link no longer available] - a 1000MP camera. As noted in our original review, important tradeoffs and issues exist in using a gigapixel camera for surveillance. However, seeing video recorded from an actual customer site provided a much better sense of its potential and upside.

To start, here is an image overviewing what the gigapixel image looks like zoomed all the way out: 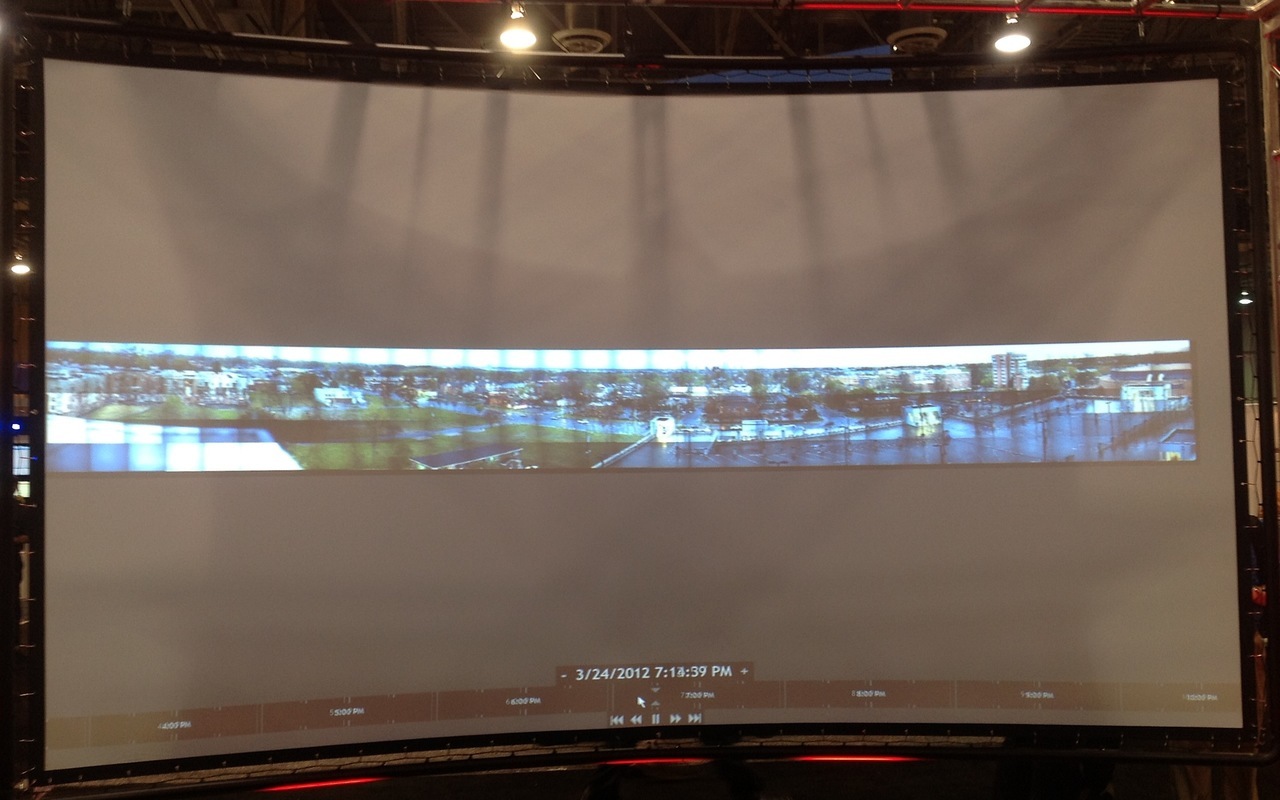 In the video segment below, we captured panning all the way in and out - like is traditionally shown for  PTZs - to give a sense of the range and performance:

[Note this is recorded with a camera so the resolution of the image captured is less than displayed. For instance, we could see the lettters on the ship clearly but this is not captured in our video screencast.]

The zoom range is quite similar to a PTZ which is somewhat amazing, given that video has been recorded over an immense field of view. By contrast, a PTZ could only see and record close detail at only a single tiny point at a time.

Covering fairly immense areas is clearly possible using such a camera - a stadium, airport, military base, etc. Using a gigapixel camera adds a whole different dimension of surveillance not possible with any traditional approach, including multimegapixel cameras.

But gigapixel can only be used as a supplement that adds to but does not replace existing cameras. The slow frame rate (1 image every 20 seconds to a minute or so) means that this will miss fast moving action. However, the upside is that it provides comprehensive documentation over huge areas helping to identify what time a car was stolen or when some major object was moved, etc.

The cost can be justified for big systems. At ~$100,000 per camera, it is a modest incremental cost for users with large, multimillion dollar surveillance systems. If these users are spending hundreds of PSIM, this would likely be more useful at a significantly less cost. While this makes no sense for small to mid size users, for those protecting big critical areas, it offers a unique and valuable option.

All this said, there are limitations and issues to consider (please see our review), including that this camera currently own works with ipConfigure's own VMS. However, seeing this demo does make clear the potential future impact this type of technology will have in surveillance.