FLIR has filed a motion to dismiss the lawsuit X.Labs filed against it, alleging that X.Labs is attempting to force FLIR to supply its products "for an unapproved health function for which it is not suited". 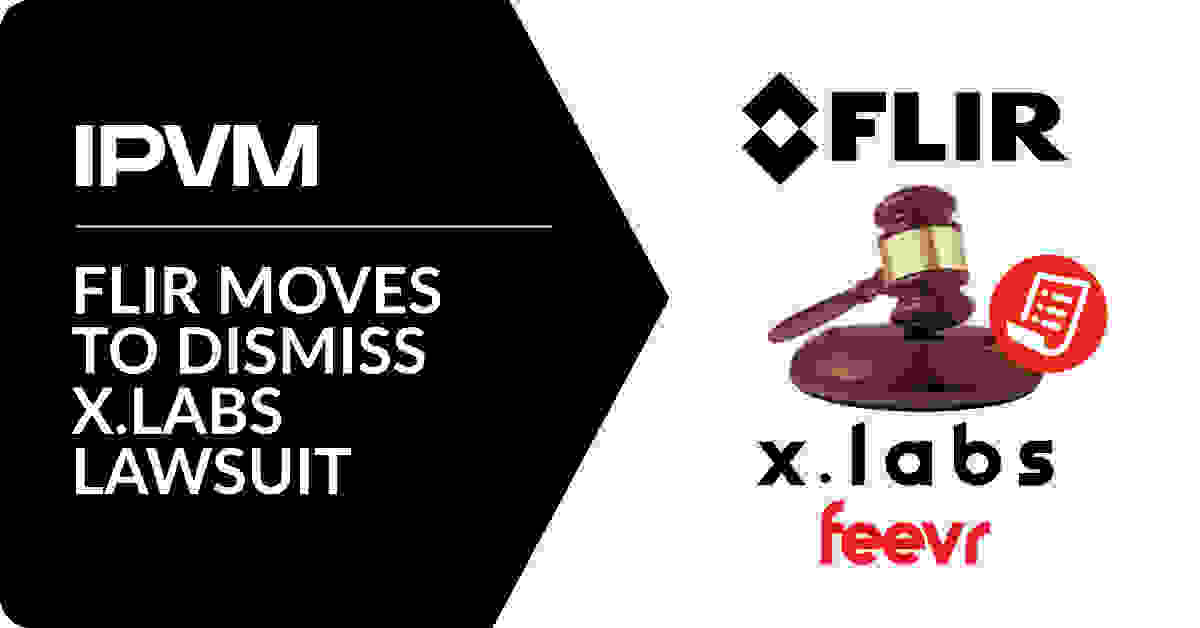 FLIR "was X.Labs’ supplier for one of the [Feevr] system’s key components" - the FLIR ONE Pro, as X.Labs explained in its original complaint.

In this note, we overview the motion and key issues involved.

On October 2, 2020, FLIR filed a motion to dismiss X.Labs complaint, including a 30-page memorandum where FLIR made its case, concluding that:

Plaintiff [X.Labs] now seeks to achieve in litigation what it could not obtain through contract: an order forcing FLIR to supply its FLIR ONE Pro Cameras for an unapproved health function for which it is not suited, subjecting FLIR to various risks and potentially endangering the public health. [emphasis added]

FLIR argues that it could cancel the contracts with X.Labs:

They include their contracts with X.Labs as exhibits to its motion, that includes:

Termination for Convenience. FLIR may terminate this Agreement and/or any Product Schedule without cause upon 10 days prior written notice to Company or such other period of notice as may be required by law. [emphasis added]

FLIR has marketed its FLIR One Pro Cameras as accurate to a margin of error of ±3°C, alleging that X.Labs:

asserts a fatally defective legal theory—that FLIR must falsely exaggerate the camera’s capabilities to help boost Plaintiff’s sales—flipping on its head the very purpose for which false advertising laws were enacted.

In its filings, FLIR shared its 2018 agreement with X.Labs for its SWORD product, with FLIR alleging:

On October 12, 2018, FLIR and Plaintiff entered into a Product Supply Agreement (the “2018 PSA”), under which Plaintiff could place orders for components to be integrated into its SWORD product. Id. SWORD allegedly was a security scanning solution that was intended to detect metal and nonmetal weapons—it does not detect elevated skin temperature and does not have any COVID-19 or other health-related uses.

The 2018 agreement listed the FLIR Lepton:

In April 2020, FLIR says it canceled the 2018 agreement with X.Labs, having X.Labs sign a new one (2020 agreement exhibit). This new one listed the FLIR One Pro:

Additionally, FLIR added a clause to the 2020 agreement specifically stating these devices were not intended for medical use:

7.3. Medical Use. Company understands and acknowledges that the Products are not intended for any medical- or health-related uses (including, without limitation, any use for temperature measurement in humans) nor have any of the Products been cleared or approved by the U.S. Food and Drug Administration ("FDA") or any other governmental authority. [emphasis added]

FLIR argues, that despite this, X.Labs continued to promote this for body temperature screening:

On May 7, 2020, a FLIR representative requested that Plaintiff “acknowledge specifically FLIR’s messaging [that FLIR] cannot support any developers that want to use FLIR ONE PRO to screen for fever or sickness.” Plaintiff responded that it “does not promote the FLIR ONE Pro camera for elevated skin temperature scanning.” However, as Plaintiff’s Complaint makes clear, Plaintiff in fact promoted that its proposed FEEVR mobile body temperature reading application was built on FLIR’s market-leading FLIR ONE Pro technology.

FLIR says in the complaint that this is why they refused to provide X.Labs with FLIR products:

Once FLIR learned its FLIR ONE Pro cameras would be used for non-approved skin temperature screening, rather than weapons detection, FLIR objected and refused to fulfill Plaintiff’s order.

The Complaint is devoid of any allegation that Plaintiff has any expertise, experience, or track record of developing and marketing a COVID-related contactless body temperature sensing product.

A hearing is scheduled for November 4, 2020, on this motion to dismiss.

IPVM is not a party to this matter, though IPVM is mentioned in X.Labs' complaint against FLIR and FLIR's motion to dismiss for statements FLIR made included in IPVM reporting

In May 2020, X.Labs sued IPVM (see X.Labs amended complaint against IPVM). We have filed a motion to strike under California's anti-SLAPP law (see IPVM's anti-strike motion).