Fatal Flaw For VSaaS [Not] Solved

Frustrated by being the most disrespected market segment this side of PSIM, and determined to show that he has solved the fatal flaw for VSaaS, this vendor makes his case.

By its design, hosted video requires sufficient bandwidth between the customer's premise (where the cameras are) and the data center (where the storage resides).

Making that work with available bandwidth has always been incredibly difficult. Most sites have nowhere near enough (ranging from 1Mb/s to 10Mb/ upstream) and even those few that do, often have data caps that make it cost prohibitive.

That's why in the fine print of most hosted video offering, the max number of cameras they will even attempt is usually limited to 4 or less and then with other restrictions (limits on resolution, frame rate, quality, etc.).

We examined this in Megapixel vs VSaaS.

One vendor [had] a solution, taking us to task that "you assume that the camera has to send its data at the speed/bandwidth at which it is handling it."

"If the camera is smart enough to detect "events", either using VMD, external trigger, analytics or some other method (watch this space) then it can record the images in its buffer and send to the DC at an effective frame rate, uncompressed, it does not matter how fast or slow that connection is... AND.... as this is a synchronous system you can go live on the reverse channel at the same time if you want to do the surveillance bit, albeit at a slightly more compressed ratio."

Unfortunately, this solution creates its own sets of new problems:

You replace the bandwidth barrier with a whole set of new flaws in the overall system, which are never an issue for any traditional surveillance recorder.

The only real solution to the bandwidth barrier is managed video, storing the video all on the customer's premise (like one does traditionally) but simplifying remote access to that video (e.g., March Cloud Service and as discussed in the Megapixel vs VSaaS report). 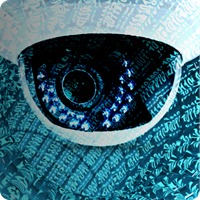 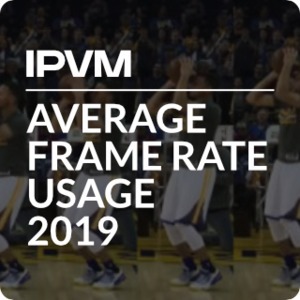 Average Frame Rate Video Surveillance 2019 on May 23, 2019
What is the average frame rated used in video surveillance systems? In IPVM's 2011 statistics, the average was 6-8fps increasing to ~10fps in...

Smart CODEC Usage Statistics 2019 on Jun 03, 2019
Smart codecs are now nearly a standard feature in IP cameras, but our statistics show integrator adoption has not increased at the same rate. In...

'CCTV' Is the Past, Cloud Video Surveillance Is the Future on Jul 08, 2019
A fundamental shift is happening. For decades, video surveillance was overwhelmingly 'closed' and off the Internet. This is changing. More and more...

Proactive CCTV "Only Affordable Video Archiving Solution" Profile on Aug 12, 2019
Proactive CCTV is claiming to offer "the only affordable video archiving solution on the market", reducing the storage typically required for H.265...

Axis Suffers Outage, Provides Postmortem on Aug 15, 2019
This week, Axis suffered an outage impacting their website and cloud services. Inside this note, we examined what happened, what was impacted... 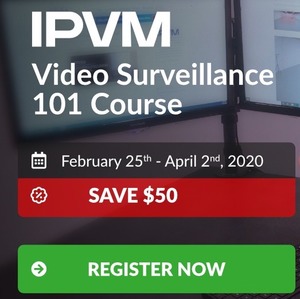 IPVM Opens 12,000 Sqft Testing Facility on Dec 16, 2019
IPVM is proud to announce the opening of the world's first video surveillance testing facility that will allow us to significantly expand our...

Breaking Into A Facility Using Canned Air Tested on Jan 28, 2020
Access control is supposed to make doors more secure, but a $5 can of compressed air may defeat it. With no special training, intruders can...

ROG Security - Cloud AI For Remote Monitoring on Jan 28, 2020
ROG Security is offering cloud-based AI analytics to remote guard companies, by touting having "nothing to install" to "add virtual guards." We...

Brivo Business Profile 2020 on Jan 27, 2020
Brivo has been doing cloud access for more than 20 years. Is the 2020s the decade that cloud access becomes the norm? CEO Steve Van Till recently...