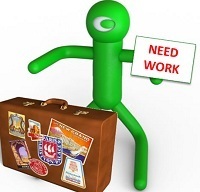 Intransa has laid off its entire staff and will no longer be a company by the end of the month, according to an employee who was laid off this morning.

I feel bad for the employees and investors but this truly was an Emperor's Clothes story.

Don't feel bad.... this is a liberation for them. It is the long, sloooow slide into oblivion that takes the worst toll on the psyches of workers. Most of them have probably already guessed this day was coming.... especially the ones who, like others looking in (see Emperors Clothes comment above), recognized the inherent flaw in the business model. This is the best thing that could've happened to them as individuals.

I went through exactly this same scenario back in '08. We were also all left waiting for the golden egg, except our egg turned out to be a paper mache fraud...

Move on, use what you've learned, and leverage the relationships you've built for a better fit this time.

Almost 5 years after this happened to me, I couldn't be happier that the old, weak, flawed company that I used to work for died. If it hadn't, I'd still be there - not having near as much fun as I'm having now... :)

Note: It would make lot of their long-time naysayers feel a little bit better if their biz dev chief publicly proclaimed this.

Rumor has it Pivot3 is making an 'aggressive offer' for Flexi Green Guy.

Some might be liberated, but looking for a job sucks in today's market as hard as it did in '08.

In '09, IPVM reported that Intransa might be a game changer, or would at least lead an industry trend. Which are the most prominent software-only companies providing options for NVR/DVR appliances? Are they all losing like Intransa, or are some winning, or is it mixed?

I never said it would 'lead an industry trend.' I specifically said, "I have no doubt that this is part of a broader trend where most or all of the software only offerings will provide options for NVR/DVR appliance."

It certainly has been part of an industry trend, with Genetec releasing multiple appliance options, Exacq and Avigilon growing tremendously with their NVR appliance offerings, etc.

03/24/13 03:54pm
I think the flaw here is the slice of the market that they were built for found less costly options. The only true power behind the product was that those integrators too scared to move away from the DVR could get that preloaded box and plug in the power and bang they were cooking with an NVR hot dang. Problem is that the ilk of clientele that this level of frightened integrator has in tow does not have pockets that deep when really they thought their VMS could be placed on a PC in a corner. I feel truly bad for the employees, but on the bright side, they no longer have to wear those sole crushing green Crocs!!
Reply

Todd, they claimed to have some 'secret sauce' that optimized performance but were never able to prove it or explain for whom it would be truly beneficial for. Alas, that left them in the position you described!

DVRs are in general highly cost effective. IP camera-based systems are not always better, faster, and cheaper. Therefore, it's not fair to denegrate integrators as fearful and impoverished. Integrators are generally smart and have an obligation to make optimum design decisions on behalf of their customers. IP cameras do solve some unique problems, but they are by no means always the right choice.

Todd R. thanks for getting that.

I by no means meant disrespect but living on the integrator side of the house and losing oppurtunities in this world with real life security issues to "integrators" that offer "solutions" that are bought from the isle at Sam's club has spoken to where we actually are as an industry. We are in an industry that the MAJORITY offer themselves as security professionals by aligning themselves with products that are EASY for them to install or come in at a very good price point. I am passionate about being an integrator and our industry and see this as disheartening as bargin shopping for heart transplants. Our indsutry, which I tend to feel has more societal responsibility then most care to acknowledge, is in a concerning state. Security integrators used to be more concerned with best security practices (I have been with integrators for the last 15 years, owning my own firm for the last 6). They have stepped aside to make sure that they can still "sell" to the new more IT sentric stakeholders in security purchases and are in the line of fire with data comm companies that are more intelligent on solutions offerings from a technological perspective with no teeth in or ownership of this security responsibility. Companies like Intransa spoke to one side of this coin and were able to do so becasue it was the MAJORITY. So is this a sign that the MAJORITY has shifted to the other side, is it a sign that we are starting to see a correction in our industry, or is it that even this type of product was too costly to survive the mindsets out there????

According to IMS, it's still the case that more than 80% of all cameras sold are other than IP cameras. The fact that the IP camera-based systems attract nearly 50% of the spend is a reflection of the disparity in true equipment costs.

Engineering modern enterprise surveillance systems requires more than passing knowledge of IP networking. But not necessarily IP cameras. Just because a company knows I.T. doesn't make it more intelligent. There are many examples of I.T. guys who didn't understand risk assessement/mitigation and did not deliver fit-for-purpose solutions. Perhaps that's one of your points.

Given that DM's struggles have been attributed to their questoinably late adoption of the all-IP-cameras hypothesis, a counter-trend question raised by Intransa's failure is whether every IP-camera-centric camera is likely to succeed?

"...still the case that more than 80% of all cameras sold are other than IP cameras. The fact that the IP camera-based systems attract nearly 50% of the spend is a reflection of the disparity in true equipment costs."

BS.... IP is the defacto standard for large installs. You are comparing $multi-million systems against $200 chinese crapbox kits.

Your comment is a reflection of your own bias - it has no merit.

Todd R. that is most definately one of my points, I tend to ramble about things that I am passionate about!! Truth is, regardless of IP cameras or analog the eventual storage mediums are all the same now (please, no one go on a literal tangent about that statement). This story and issue are a discussion in the viewing, storing and delivering of video regardless of the equipment that initially processes the image.

The concern for me as presented in products such as these (Intransa), is that a majority of historical integrators are in survival mode by finding a way to keep video where it was just a decade ago. It was a tool used mostly for forensic purposes. The absolute beauty of our security world today is that video is now another true means of data that can be used for active security monitoring and more.

So whether or not, as M Major has forcefully added, we are discussing $multi-million systems or $200 chinese "crapbox" kits, when your aim and goal (over arching objective) is to provide a solution that is "plug and play easy" you have done a disservice to this industry growth and the partner that has collaborated with you based upon your "expert" guidance. You have in fact offered a VCR that never requires a tape change.

I have personally gone behind installations where with plug and play recording/storage and IP auto focus cameras there are great looking images recording on motion and retained for 6 months. Black and white lettering of an RFP met, meaningful security data and information- not so much.

I have had the great luck of always working on the high end of our industry (200-3,600 channel integrations). When I lose (and I like to believe that the hopeful partner that I was engaging really loses) it has never been because of the quality of my solution. It is always because of cost and sometimes it is (was) Intransa storage sometimes it's because the potential partner is a "Dell House" and I cannot source their servers and storage at a competative price point.

So while I see a story like this and do not like to hear that anyone loses a job, it gives me hope that the industry is making a correction and our collective potential partners are looking more at the overall security solution.

I've deleted the last 6 comments and will delete anything else that is not specifically about Intransa in this thread.

Rockoff, this is why you have been banned in the past from commenting. You turn topic after topic into "Why this means what I sell is better."

Respect the topic of the post/discussion. Start a new discussion if you want to talk about something else.

Finally, do not reply to this thread to debate this. If you have an issue, email me - john@ipvm.com

I just tried their phone number for kicks, I managed to get through to their customer support line.

That's interesting Andrew. What number was that? As of last week only one was working.

Hey Andrew, if it's on their website then I'm confident it's fair game to post on here.

I called the number this afternoon and it's not exactly a customer support line. It's an answering service where an operator "takes your name and number and forwards it to an Intransa tech for a response."

Also, the operator said they only take calls for Intransa when the lines are busy at Intransa, after hours, or when no one from Instransa is available.

I see. I did not get that far because when the phone line was picked up, it caught me by surprise.

I guess we will find out in a press release or during ISC West.

As your article indicated earlier this month, Dedicated Micro will likely be in the same position soon unless an aquisition offer is made for them. DM's problem, I don't see any significant technology or products that ayone would be motivated to aquire. Does anyone else see anything of significant value?

They have a sizeable customer base (or at least did) and they do have a broad product portfolio, so that helps compared to Intransa.

However, as you say, for today's standards, the technology and products are not terribly attractive.

Beyond that, I do not know what will happen. DM may be able to stabilize themselves. The challenge with Intransa was that they were (most likely) never profitable and needed cash to continue. DM might be better able to avoid this.

We have looked into there actual value, market share has erroded fast and do not see much of an upside with technology. Field input would be appreciated!

The person who I talked to for the post says his phone has been ringing off the hook with job offers, two of which look promising. Still no official announcement from Intransa though. Maybe they're waiting for ISC West?

Intransa has disappeared from the ISCW floor (Formerly occupied booth #1070) 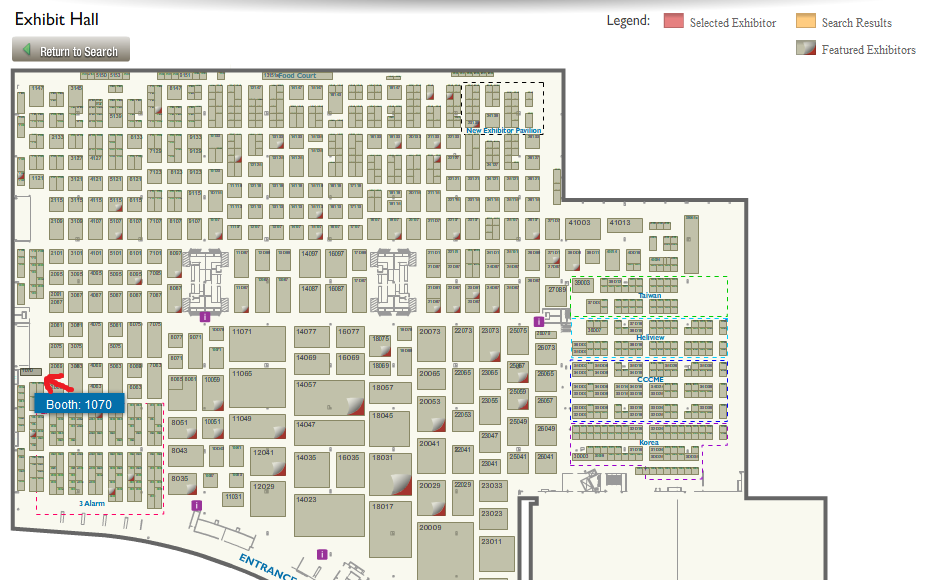 I just used their online support ticket portal 6 days ago and recieved great service and response online and over the phone.

Good to know that there is still technical support. Did they explain what will happen in the future?

No, I asked via e-mail if they could give me more information, but they did not respond to that question. Maybe waiting for something formal to come out?