'Taylor' was born and raised in Chicago. A senior in high school, he lives in the same house he grew up in, is a varsity athlete and was just accepted to a top college. He is also part of a well-known Chicago tagging crew and was arrested for vandalism and trespassing after tagging the top of a building at two in the morning. He was caught after the building owners released the footage to law enforcement.

We talked to him about his experience in our first installment of a series examining surveillance from the other side of the lens -- from the people who got caught.

A few weeks after he tagged the side of a high-rise apartment building in Chicago, the owners of the building posted a video of the incident online on their YouTube channel.

This is his "trademark:" 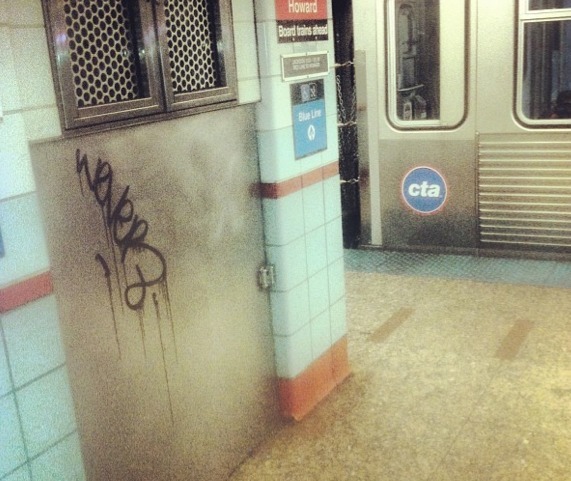 Taylor says within a couple weeks of the video going online and being passed around, a friend recognized him in it and emailed him the link to the video.

The video "gave the address, and it had my art and my tag name. It said something like ‘If you have seen this person, contact us and they had a number for the local cop who was on the case,’” he said. A month later, Taylor was contacted by law enforcement.

“I think it was one of my neighbors who turned me in,” he said. “I grew up in the same house all my life so everyone in my building knows me. One is a police officer so I’m pretty sure he somehow corroborated with the detective on the case. I think that's the only logical way they would have gotten me."

He was in jail for seven hours before his mom bonded him out. At his court date weeks later, the case was dropped after the owners of the building didn’t show up to testify.

He had no idea he'd been caught on camera. After saw the video, he went back to the rooftop to see where it was. It was a dome camera mounted on a wall opposite where he'd tagged. The field of view encompassed the whole wall, a 10-15 foot field of view, the exact size of his graffiti piece.

“It was slick of them to put it there. I think they probably put it there to catch people doing graffiti, because that building is one people have painted before,” he said. He says the footage was “mad clear” black and white, nighttime footage that showed the process from start to finish.

Perception of Surveillance Before and After the Crime

He’d tagged lots of spaces around Chicago before this one and cameras had never crossed his mind before.

“It’s not really the first thing you think about,” he said. He still tags but says he’s much more vigilant now. A lot of his crew’s work is based around transit and CTA but as the transit system has increased the number of cameras, he says it’s gotten harder too find unwatched places. That is only a partial deterrent, however.

“The trains all have cameras around them now, but I don’t really care because there’s a lot of other people doing it, and they aren’t live feeds. They don’t really take the time to catch people. I’ve been doing it for a long time, and they would have come and got me if they were,” he said.

“I’m used to seeing security footage on TV and what it shows is usually pretty grainy, but that showed me taking the paint out of my bag, doing the outline, going back over it, taking pictures of it... It was better footage than I expected they could ever get of me,” he said.

Even with a new generation of citizens growing up with cameras around them, they are still mixed feelings about their prevalence.

“I hate police but the police also do a lot of good. I got in trouble, and I understand that in some crimes footage can help catch people, but at the same time I think everyone has a right to privacy," he said. "I understand some businesses having them, but there shouldn’t be a camera in the lobby of my apartment building. They should be in places like sports stadiums and airports and buildings that house something valuable, but they shouldn’t be omnipresent in society. They should be put where they are needed and not just there to be there."

A recent photo he posted online: 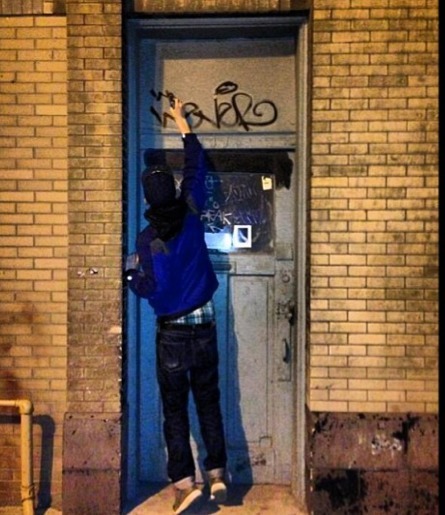